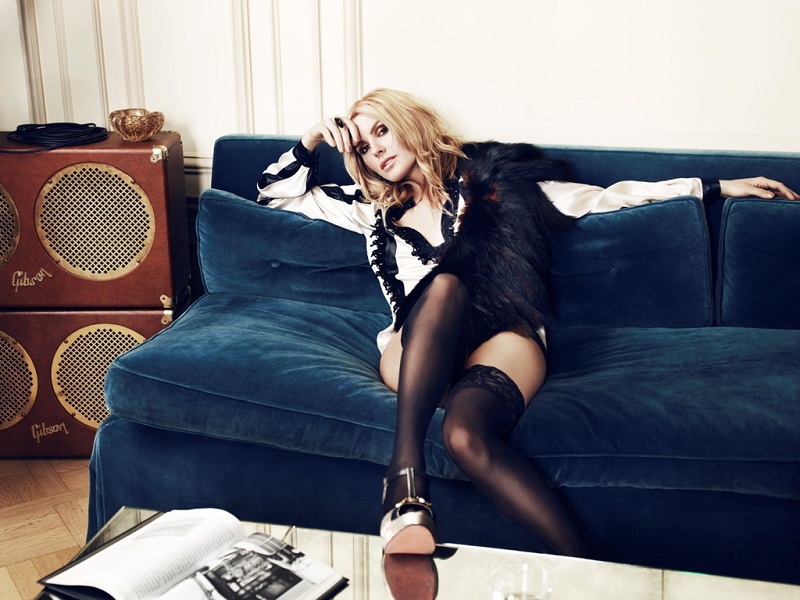 When I caught up with Grace Potter via telephone last Friday, she was in Santa Fe, “the best location ever and the best mood ever, just really good vibes,” she said. Over the course of our interview, we talked about her Thursday and Friday shows at the Fonda Theatre, her upcoming album Midnight that drops on August 14, as well as how Los Angeles and California helped inform the more poppy-feel to the album compared to her previous records as Grace Potter & the Nocturnals.

Potter – who hails from Vermont – recorded Midnight in Los Angeles, where she has a residence in Laurel Canyon. After finding crossover success on a CMA Award-winning song with Kenny Chesney, “You & Tequila,” Potter went the other direction on this solo endeavor and it has a much poppier feel to it than her previous work.

“I think my impulse is always to go in the opposite direction of where people expect me to go,” Potter said. At the same time, the singer said it wasn’t her intent for the record to go the pop route, it just kind of happened.

“There’s sometimes intention that goes into that, like ‘I’m going for it, I’m shooting for Top 40,’ or whatever,” Potter said of the process.

It’s more just where my spirit was at the time. I’m really tuned into different locations on the Earth and what they do to me, the impact they have on me and almost every album sort of has a city or a story around it. I do think that pop music needs a kick in the ass and you can’t give pop music a kick in the ass unless you join the conversation.”

Potter has joined the conversation in a big way on Midnight, with songs like “Alive Tonight” and “Your Girl,” which fuse the rock roots of her work with the Nocturnals within the pop realm. 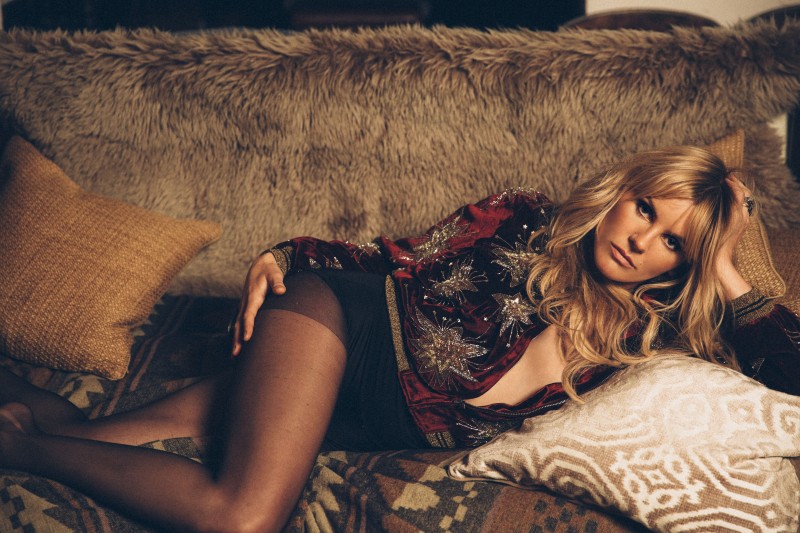 Potter is embarking on her first full-scale tour in nearly two years, though she’s definitely had some fun along the way. She recently performed alongside the Rolling Stones at a show in Minneapolis back in June, which she understandably referred to “a lifetime experience.”

“It’s one of those things you do where there’s just no turning back,” Potter said of the moment. “Life is complete once something like that has happened and I grew up absolutely adoring the Stones. To have it come full circle in such an incredible way – and also, that dress I was in, I didn’t know he was dressed in silver, that was not planned, that was just cosmic.”

Transitioning from that to her own tour is something Potter is very much looking forward to. She’s got dates Thursday Aug. 13 and Friday Aug. 14 at the Fonda Theatre where she’ll get to showcase her magic.

“This is different than any tour I’ve ever been on because I’ve got a new bag – I’ve got a new band, I’ve got a solo record, I’ve got an incredible collection of people on the road that I’ve built over years and years of touring who I trust and who absolutely know what they’re doing, they’re so on the ball that I finally don’t have to worry about the production side of it and I have incredible players.”

“I don’t feel like I’m doing everything myself and that frees up time to be artistic again and really explore what’s possible on stage, the storytelling and being able to really open up and express myself and own the show and sort of have a communication with the fans and the audience that feels visceral and feels unobstructed.”

Potter spoke of how she has been itching to return to the full swing of the road since her long break.

“I love moving around, I love shaking it up and having a different place to wake up to every day,” Potter said of being on tour. “I love meeting people, I love touching the fans and reaching out and feeling like I’m being heard and there’s somebody listening and it really might be helping them. The worst thing you can do in life is to be a bump on the log. Me, when I’m off the road, I feel that I’m shortchanging myself and the world by not doing what I do best. …We’re talking one week exactly before I finally get to share with people what the fuck I’ve been doing the last year and a half.”

If Potter’s excitement is any indication of what’s in store for those who catch her on this tour, it’s something you’re not going to want to miss. Read below for some more highlights from our lengthy interview.

“As much as I’ve tried to pretend I don’t live in LA, there’s definitely been moments where I’m like, ‘Oh my god, I’m a resident of this city now, aren’t I?’ I spent a good amount of time in LA this last year. You know that you know LA when you can really easily give directions from any point, from West Hollywood all the way out to Malibu. Like you’re giving the advice and telling people where to go and speaking with authority. And I found myself doing that, kind of like an episode out of the Californian, the other day. ‘Just go up La Cienega, take a right…’ Have you seen that Saturday Night Live, with the Californians? It’s the best.”

On her friendship with Wayne Coyne of the Flaming Lips and “tripping:”

“He’s wandered through generations of party people and freaks and music and addiction and complete world domination and happiness and being at the top of the mountain, being at the bottom of the mountain. I think there’s a lot to learn from somebody like that, who understands that. I came from the very rare realm of psychedelics where I use psychedelics to inform my music and I use psychedelics to explore and open my mind to what’s next, what’s out there, what’s possible, what I want, what’s clearly not the right thing, what is the right thing. Sometimes I think that having an informed and intentional psychedelic trip is very important to music and can really be the crux of an album, and certainly in this case there was moments of that. Wayne and I have talked about that a lot, and talked about what acid and mushrooms have done for me and to my brain. But we’ve never actually hung out together and tripped. But he’s definitely the Lizard King and I’m definitely moving into Lizard Princess territory.”

On Tame Impala, after mentioning I had seen them at Hollywood Forever the previous night:

“They’re my f*cking favorite band right now. They’re my favorite. I really truly believe that certain music gets me at certain times for a reason and it’s funny that his record went in this more beat-driven direction as well because I was a fan of every record he’s made before and everything he’s done on a production level. I’ve studied his techniques and I’m a big fan. For him to go a much dancier direction on this record and the fact I was wandering that terrain myself, it’s just really interesting, cosmic. I’ve never met those guys, but I’m so glad that they’re doing the right thing. Hollywood Cemetery’s the best spot, that’s where I saw the [Flaming] Lips do their thing last time they were in LA.”

“Tame Impala for sure. I have a playlist called Disco Drives. I took some mushrooms and planned on ending my trip in one time so that I would just start tripping when I parked my car. Luckily, Hunter S. Thompson style, timed it out poorly and had to pull over early. Let me pull up the list…Tame Impala, Foxygen, it’s got Rod Stewart, it’s got the Eurythmics, it’s got the whole new Spoon record sprinkled along in there. The Bangles, a shit ton of the Bangles, which is really fun when you’re tripping by the way. A little bit of Neil Young, Tom Petty, his solo record with that awesome song Saving Grace, that Strokes record with the RCA logo on it [Comedown Machine].”

Grace Potter’s new album, Midnight is streaming now. You can stream it below courtesy of NPR.

An Interview with Director F. Gary Gray on his new…

3 thoughts on “An Interview with Grace Potter: giving pop music its much needed ‘kick in the ass’ with new record”