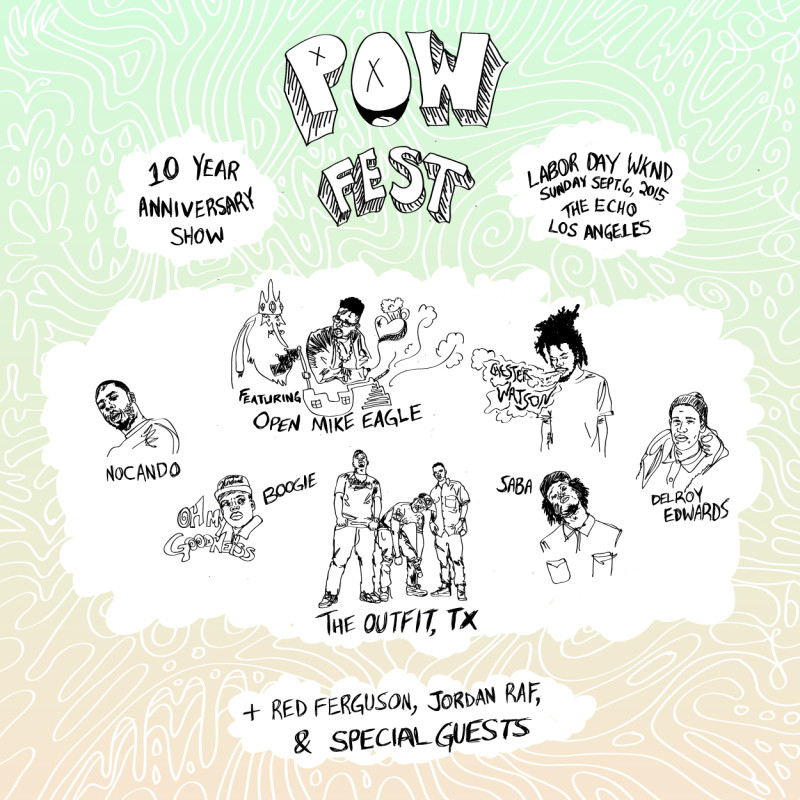 Passion of the Weiss is an online publication that’s been churning out badass music/film/TV features, with an in-depth focus on hip-hop, since 2005. The critically acclaimed blog, edited by our friend and LA based writer/journalist Jeff Weiss, is ready to celebrate 10 prosperous years with a celebration at The Echo on Sunday, September 6th. The great lineup includes Open Mike Eagle, Boogie, Nocando, Saba, Chester Watson, Delroy Edwards and more special guests. Get ready to throw your hands up and party!

Tickets to Passion of the Weiss 10 Year Anniversary Celebration are priced at $15-27, show starts at 4:00 pm, and the event is 18-and-over. You can purchase tickets or try and win a pair of tickets with us by entering the contest below!

First make sure you’re following Grimy Goods on Twitter here and/or “like” our Facebook page here. Next, email ggcontests@gmail.com with your full name for guest list and a clever reason why you want a pair of tickets to Passion of the Weiss 10 Year Anniversary at The Echo. When you’re done with your email, send us a Tweet so we know you entered the contest or you can post on our Facebook wall. We’ll select a winner that has done all of the above mentioned. Winners will be announced via email, Facebook and Twitter on Saturday, August 29th. Winners will have until 10am Sunday, August 30th to reply back to our email and confirm their win.

FACEBOOK: Just leave a comment on our wall letting us know you entered our contest for tickets to Passion of the Weiss 10 Year Anniversary at The Echo on September 6!

Nocando – “Did You Know That?”