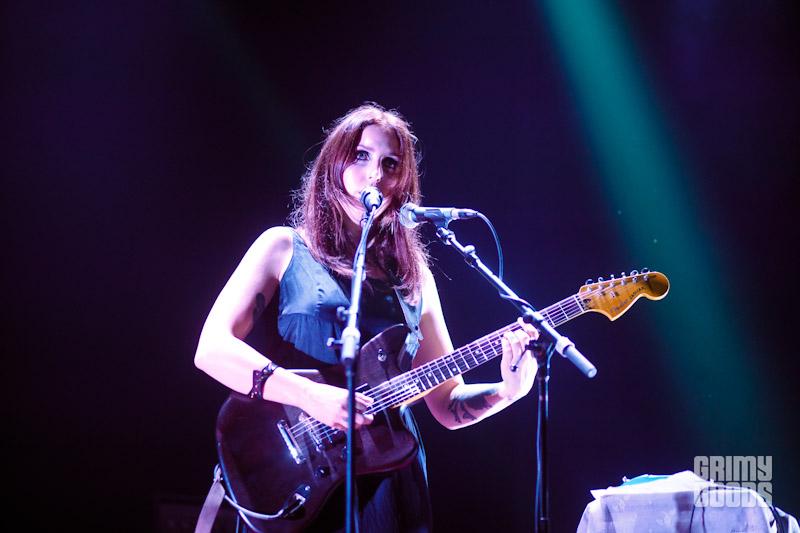 One of our favorite L.A. based singer-songwriters, Chelsea Wolfe is set to headline a sold out show at the Regent Theater on Friday, September 25th! Known for her hazy vocals and atmospheric sound structures, Chelsea Wolfe has captured our attention once again with her latest album release, Abyss. The album has received great critic reviews and we couldn’t be more excited to give you and a friend the chance to hear her new singles, “Carrion Flowers” and “After the Fall” live! Starting off the night will be the Colorado folk band, Wovenhand.

First make sure you’re following Grimy Goods on Twitter here and/or “like” our Facebook page here. Next, email ggcontests@gmail.com with your full name for guest list and a clever reason why you want a pair of tickets to Chelsea Wolfe at The Regent Theater. When you’re done with your email, send us a Tweet so we know you entered the contest or you can post on our Facebook wall. We’ll select a winner that has done all of the above mentioned. Winners will be announced via email, Facebook and Twitter on Saturday, September 5th. Winners will have until 10 am Sunday, September 6th to reply back to our email and confirm their win.

FACEBOOK: Just leave a comment on our wall letting us know you entered our contest for tickets to Chelsea Wolfe at The Regent Theater on September 25th!

Wovenhand – As I Went Out One Morning

Eels and Chelsea Wolfe light up the Orpheum with stellar performances