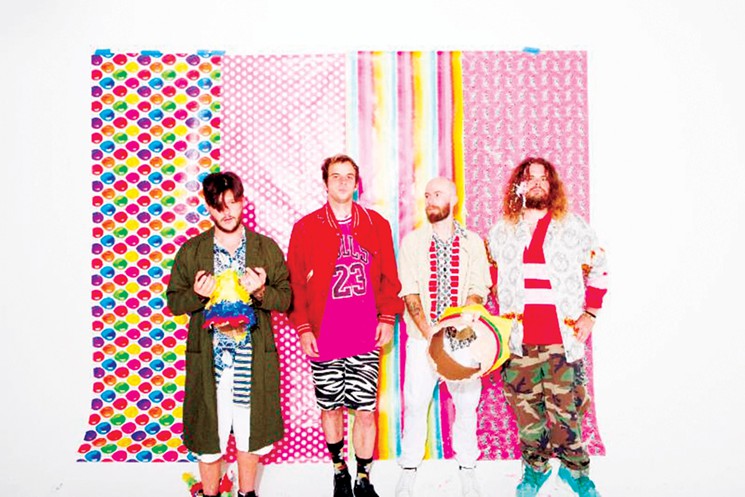 Earlier this summer, I saw San Diego garage punk rockers Wavves perform a highly spirited set at Atlanta’s Shaky Knees Music Festival. It was quite a sight to see as I never saw so many full $8 beers being tossed in the air in pure jubilation.

That’s the kind of excitement these guys jolt out of people. Their live shows are a great representation of the band – just one massive party. Bodies went flying in every direction and the band fed off their energy. They have upcoming LA dates on Sept. 12 at the Troubadour and Sept. 14 at the Teragram Ballroom.

“Oddly, we haven’t played in LA in a few years, so we’re really excited,” said Alex Gates, once a touring guitarist but now a full-time member of Wavves. He now enjoys some of the songwriting responsibilities along with founding member Nathan Williams as well as Stephen Pope and Brian Hill.

As far as Shaky Knees goes, it was a perfect fit for the band given it was a rock fest free of electronic music. “It was great, usually when playing festivals, we look into the crowd and see some people wondering what the f**k we’re doing up there but at that festival, everyone was really into it and you could tell it was a good fit in general.” 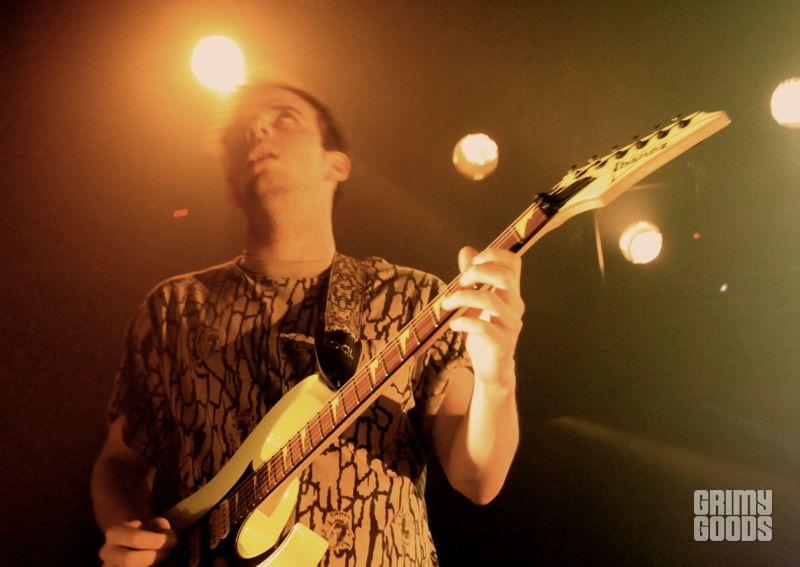 Wavves has a history of hard-partying. Four years ago, members of the band tripped on acid and were tossed from the MTV VMAs and a subsequent Lil’ Wayne afterparty, with one member live-tweeting some of it.

When asked if Wavves has retained that same persona they’ve been known for, Gates was a little guarded.

“We’ve just been keeping ourselves so busy that there hasn’t really been as much time for that kind of thing,” Gates said. “You can’t really do acid while you’re on tour, it’s just not really conducive to a good trip,” he laughed.

Yet the band doesn’t let the partying get in the way of producing. In fact, they’re one of the more prolific bands out there these days. They collaborated with Cloud Nothings on an album called No Life for Me that was released in June, definitely worth checking out.

When asked if any of that material is making it into the setlists of this tour, Gates said unfortunately it is not. “We thought about doing so but we didn’t want to do that without the guys from Cloud Nothings. We kicked around the idea of a tour together but things just didn’t line up.”

This tour however will feature a lot of tracks off the upcoming album, V, due out in October 2 via Weed Demon/ Warner Brothers Records.

“We’ve had a lot of fun playing these new songs and are really excited to play them live in front of people,” Gates said.

Though the songwriting process has changed a bit since Nathan Williams first began the project years ago, it’s still retained the garage punk roots that it began with — while adding a bit more melody. Song “Flamezesz” off the new album is a good indication of that.

Be sure to check them out this weekend at the Troubadour and Teragram Ballroom, but be ready to duck and cover when $10 beers come raining down from above.