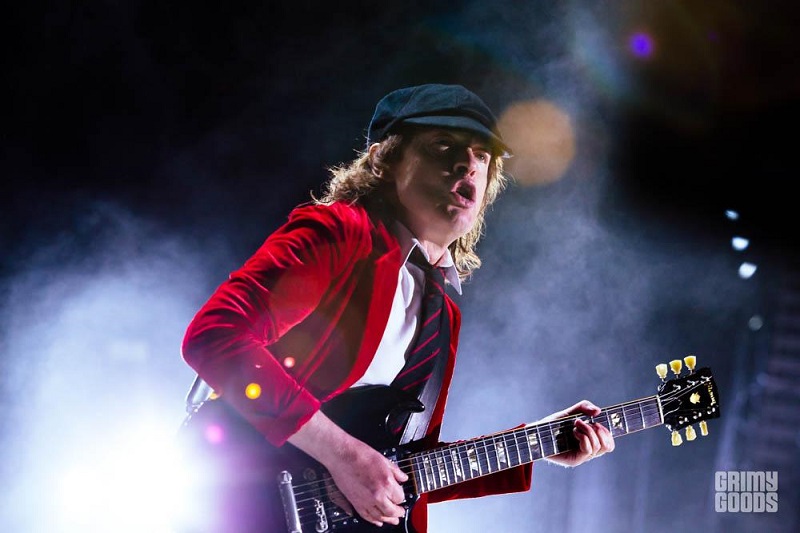 Its official, AC/DC simply cannot be tamed. From causing uproar at this year’s Coachella to the release of their sixteenth album, Rock Or Bust, released late last year. Lucky for us Angelenos, the legendary Australian band is set to headline Dodgers Stadium on Monday, September 28th! The classic hits, “Back In Back”, “TNT”, “Highway To Hell”, and so many more we could name are definitely expected to play and experience live. AC/DC also has new songs for us get hooked on from their new album including, “Play Ball”. Check it out down below before rocking and rolling on this very special night!

Tickets for AC/DC at Dodger Stadium start at $35, doors open at 6pm, and the event is all ages. You can purchase tickets or win a pair of tickets by entering the contest below!

First make sure you’re following Grimy Goods on Twitter here and/or “like” our Facebook page here. Next, email ggcontests@gmail.com with your full name for guest list and a clever reason why you want a pair of tickets to AC/DC at Dodgers Stadium. When you’re done with your email, send us a Tweet so we know you entered the contest or you can post on our Facebook wall. We’ll select a winner that has done all of the above mentioned. Winners will be announced via email, Facebook and Twitter on Sunday, September 20th. Winners will have until 10 AM Monday, September 21st to reply back to our email and confirm their win.

FACEBOOK: Just leave a comment on our wall letting us know you entered our contest for tickets to AC/DC at Dodgers Stadium on Sept. 28th!

AC/DC – Back in Black