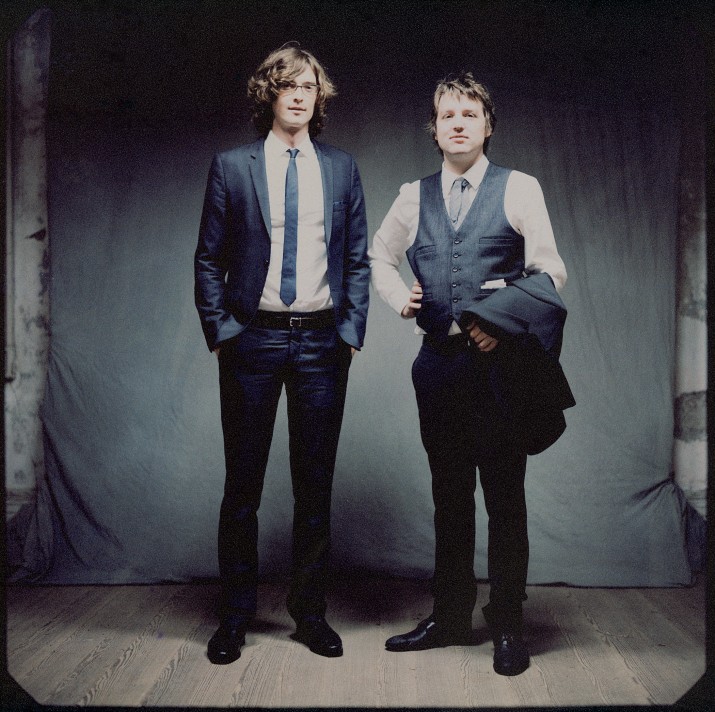 It’s been two years since Eagle Rock indie folk duo The Milk Carton Kids have graced our ears with new music. Now the Grammy nominated group comprised of Kenneth Pattengale and Joey Ryan and their beloved guitars (a 1951 Gibson J45 and a 1954 Martin 0-15) are hitting the road in support of their latest album Monterey, which dropped earlier this year on Anti-Records and was recorded across various stages throughout North America. Get swept away by their gorgeous melodies and sweet tunes such as “Poison Tree,” and “The City of Our Lady,” when they headline The Theatre at Ace Hotel on Thursday, October 1st. You won’t regret it!

Tickets for The Milk Carton Kids at the Theatre at Ace Hotel are priced $35, doors open at 7pm, and the event is all ages. You can purchase tickets or win a pair of tickets by entering the contest below!

First make sure you’re following Grimy Goods on Twitter here and/or “like” our Facebook page here. Next, email ggcontests@gmail.com with your full name for guest list and a clever reason why you want a pair of tickets to The Milk Carton Kids at The Theatre at Ace Hotel When you’re done with your email, send us a Tweet so we know you entered the contest or you can post on our Facebook wall. We’ll select a winner that has done all of the above mentioned. Winners will be announced via email, Facebook and Twitter on Sunday, September 27th. Winners will have until 10am Monday, September 28th to reply back to our email to confirm their win.

FACEBOOK: Just leave a comment on our wall letting us know you entered our contest for tickets to The Milk Carton Kids at the The Theatre at Ace Hotel on October 1!

The Milk Carton Kids – “Monterey” (Live for the World Cafe)

The Milk Carton Kids – “The City of Our Lady” (Live)