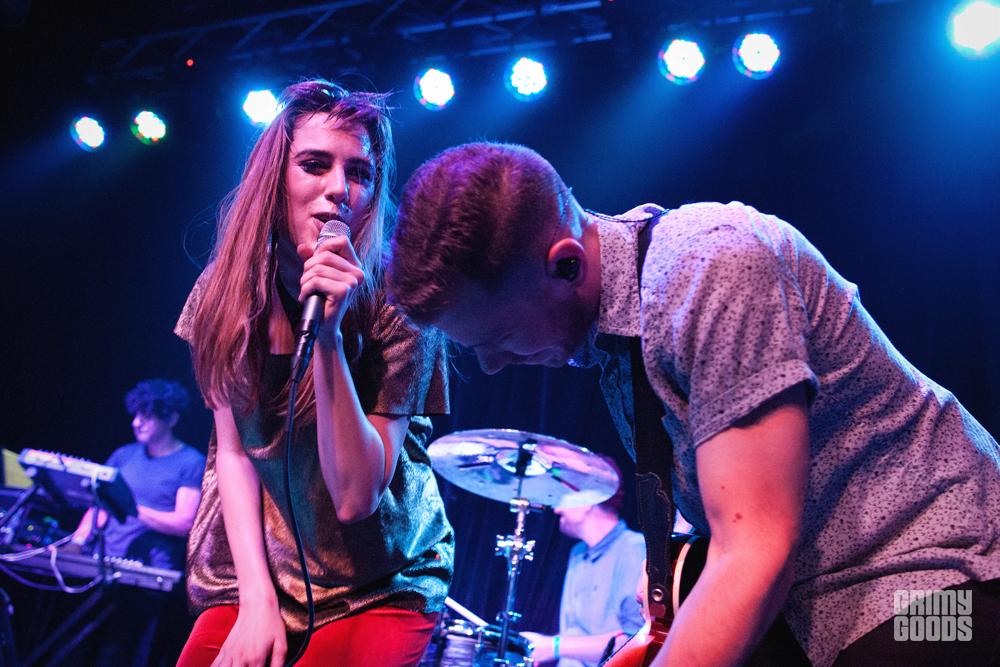 In just its first two years, Las Vegas’ downtown music festival, Life Is Beautiful has served as the proving grounds for a number of acts that have gone on to mainstream success in the time since. In its first year in 2013, acts like HAIM, ZZ Ward, Charli XCX, Twenty-one Pilots and Robert DeLong delivered memorable early-day performances. Last year, it was The Orwells, The Preatures, Catfish & the Bottlemen, MO, and Milky Chance who got early-day starts.

This year, the festival starts later in the day and runs until later in the night, probably due to it moving from October to the much warmer September dates. Here are our recommendations on who to see once you get through the gates.

This New York alt-rock band has burst onto the scene in recent months, drawing particularly rave reviews for their live show. They’ve got the potential of Life is Beautiful headliners Imagine Dragons and Friday could be one of the last times you catch them this far down a festival bill.

Ever since Taylor Swift showed love for the song “Electric Love” on social media, Garret Borns has been the talk of the indie town. It’s nearly a guarantee you’ll be wanting to catch his intimate Masonic Lodge at the Hollywood Forever performance later this month after seeing him blow you away in Las Vegas this weekend.

I’m one of the biggest Rilo Kiley fans out there. Former founding member Blake Sennett didn’t wow me with his side project The Elected, but his new band with Jarrod Gorbel (of The Honorary Title) have put together one of the better and more overlooked debut albums of 2015 with Everything’s Coming Up Roses. Their early-afternoon Coachella set made me a believer in their live game and they’re definitely worth seeing downtown on Saturday. Their collaboration with Tegan & Sara was particularly impressive.

What can I say about LA’s indie rock darling that hasn’t already been said? Well, she’s got an impressive new album that just dropped last week and it’ll be only her second live show since the release. She’s blown us away with her live performances in the past and it’ll be interesting to see her in a festival setting — though she did quite a few last year. She’s been garnering lots of praise and is right at the point she’s going to break big, so catch her while you can.

At last year’s Life is Beautiful, Asgeir was one performer who helped steal the show on the undercard. This year, it could be fellow Icelandic indie rocker Kaleo that turns heads in the Vegas heat. Their song “All the Pretty Girls” was a minor hit and put them on a lot of people’s radars, since first coming to North America they’ve been backing it up with strong performances.

There are few that are as big of fans of this rising pop star than us. She only began performing live late last year but has already blossomed into a must see live act. She’s been all over the festival circuit — from Coachella to Bonnaroo and a couple stops in between. Her playful banter between songs is a nice complement to her poppy and catchy hooks and her live band backs her up nicely.

For more bands and set times, you can view the entire Life Is Beautiful  2015 lineup schedule via their website.

An Interview with Craig Nyman: Get to know Life is Beautiful Festival in Las Vegas

Life is Beautiful day two ruled by rap, balanced by Lionel Richie, and blown away by Flaming Lips