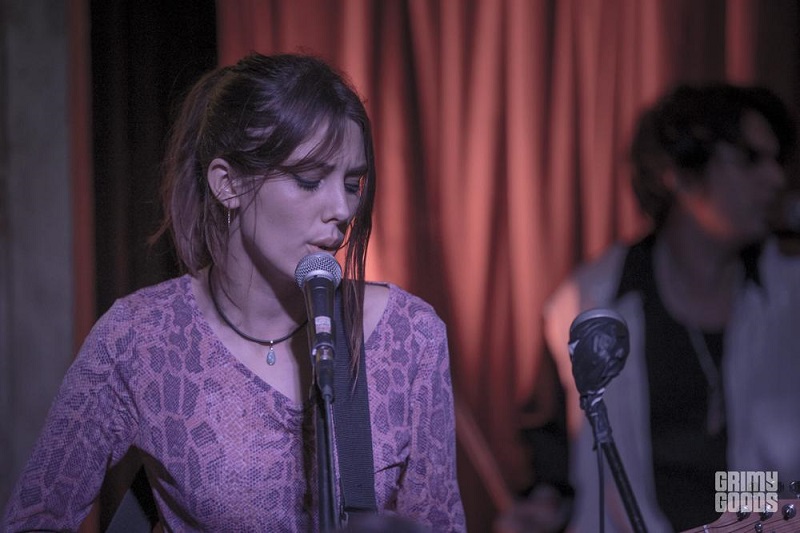 So we’ve said it once, and twice, maybe a bit more? We can’t help ourselves in mentioning the debut album, My Love is Cool by the London band, Wolf Alice. They made their breakthrough in L.A. back in January at the Bardot and we’ve seen their name pop up around local venues like the Bootleg and even at SXSW. Wolf Alice will land in L.A. again to headline the Fonda Theatre on Tuesday, October 13th in support of the album. Don’t miss out on this radar worthy UK band! But first check out their latest single, “You’re A Germ” down below! Supporting acts include Drenge and Made Violent.

Tickets to Wolf Alice are priced at $22.50-24.50, doors open at 8:00 pm, and the event is all ages. You can purchase tickets or try and win a pair of tickets with us by entering the contest below!

First make sure you’re following Grimy Goods on Twitter here and/or “like” our Facebook page here. Next, email ggcontests@gmail.com with your full name for guest list and a clever reason why you want a pair of tickets to Wolf Alice at The Fonda Theatre. When you’re done with your email, send us a Tweet so we know you entered the contest or you can post on our Facebook wall. We’ll select a winner that has done all of the above mentioned. Winners will be announced via email, Facebook and Twitter on Tuesday, October 6th. Winners will have until 10 am, Wednesday, October 7th to reply back to our email and confirm their win.

FACEBOOK: Just leave a comment on our wall letting us know you entered our contest for tickets to Wolf Alice at the Fonda Theatre on October 13th!

Drenge – We Can Do What We Want (Official Video)