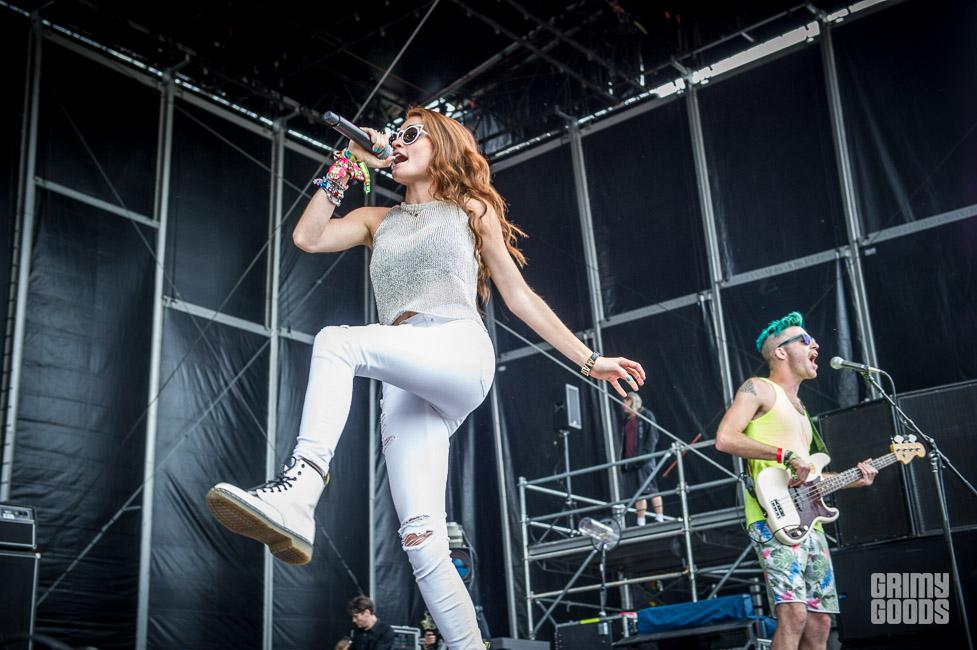 We recently caught indie pop outfit Misterwives rocking some seriously high energy live performances at this year’s Outside Lands and at The Independent in San Francisco. Now it’s time for Los Angeles fans to experience some of the good times when Misterwives roll through town with The Scrapbook Tour and headline The Belasco Theater on Wednesday, October 14th. Hear songs off their debut album Our Own House. Special guests Waters and CRUISR support.

Tickets to Misterwives at the Belasco Theater are priced at $25, doors open at 7:00 PM and the show is all ages. You can purchase tickets or try winning a pair with us below!

First make sure you’re following Grimy Goods on Twitter here and/or “like” our Facebook page here. Next, email ggcontests@gmail.com with your full name for guest list and a clever reason why you want a pair of tickets to Misterwives at the Belasco Theater. When you’re done with your email, send us a Tweet so we know you entered the contest or you can post on our Facebook wall. We’ll select a winner that has done all of the above mentioned. Winners will be announced via email, Facebook and Twitter on Saturday, October 10th.  Winners will have until 10 am Sunday, October 11th to reply back to our email and confirm their win.

TWEET: Yo, @GrimyGoods! I wanna win tix to @MisterWives w/ @thisisWATERS & @CRUISR on October 14th at The Belasco DTLA! http://ow.ly/T20hs

FACEBOOK: Just leave a comment on our wall letting us know you entered our contest for tickets to Misterwives at the Belasco Theater on October 14th!

Misterwives – “Our Own House”