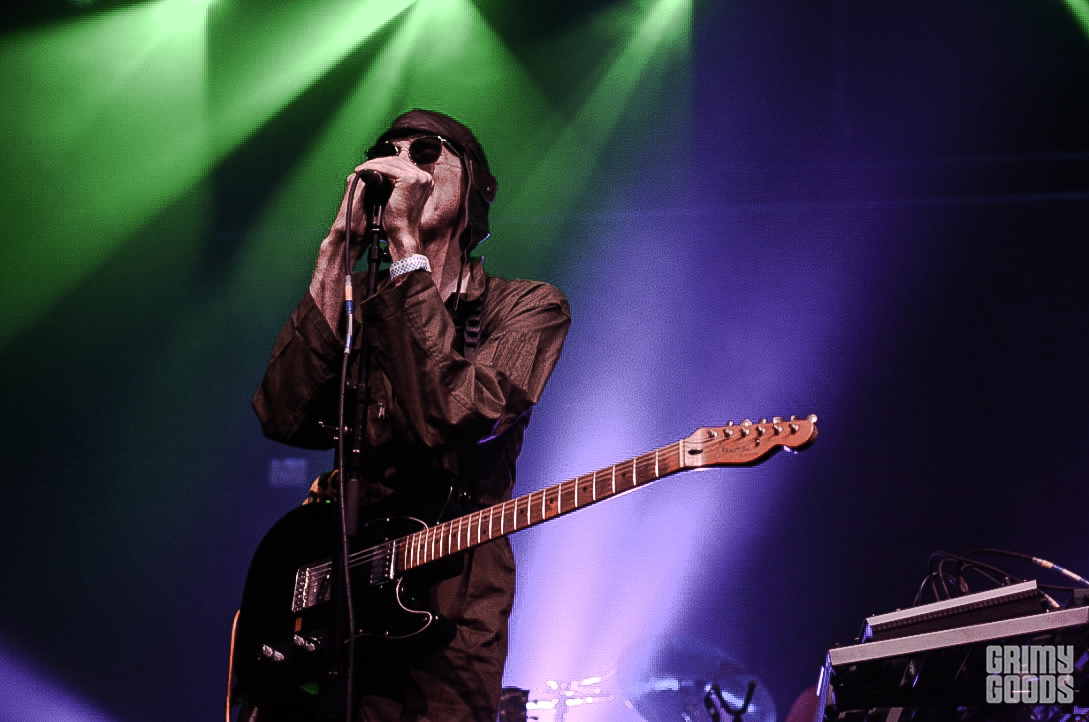 Earlier this year, Deerhunter was slated to play FYF. “We had to cancel because we had a lot of personal shit to deal with,” Bradford Cox told the crowd Friday night at The Regent. It seems the only thing that Cox has ever had to deal with had been unpleasant, and that’s an understatement. From the sudden deaths of several close friends to his own precarious health, not to mention that he was involved in a serious car crash last December, it’s hard to imagine a time when Cox wasn’t dealing with something. Friday night though (the fist of two back-to-back nights at The Regent), he was in full form, performing for a solid two hours and not breaking a sweat. Figuratively, at least.

Cox opened up the night at Atlas Sound, hobbling onto stage looking like Amelia Earhart in a leather aviator hat, sunglasses, and a jumpsuit. He introduced himself as Connie and the Convicts and dedicated the set to the memories of Whitney Houston and Bobbi Kristina before launching into a distorted sermon of noise. Atlas Sound is the solo project Cox keeps on the side, where he creates music with even less structure than what he writes for Deerhunter. Cox’s style is stream-of-consciousness, or as I would call it, controlled chaos. Hearing it performed live creates a different energy; the crowd was antsy and excited, with many die hard Cox disciples in attendance that night. 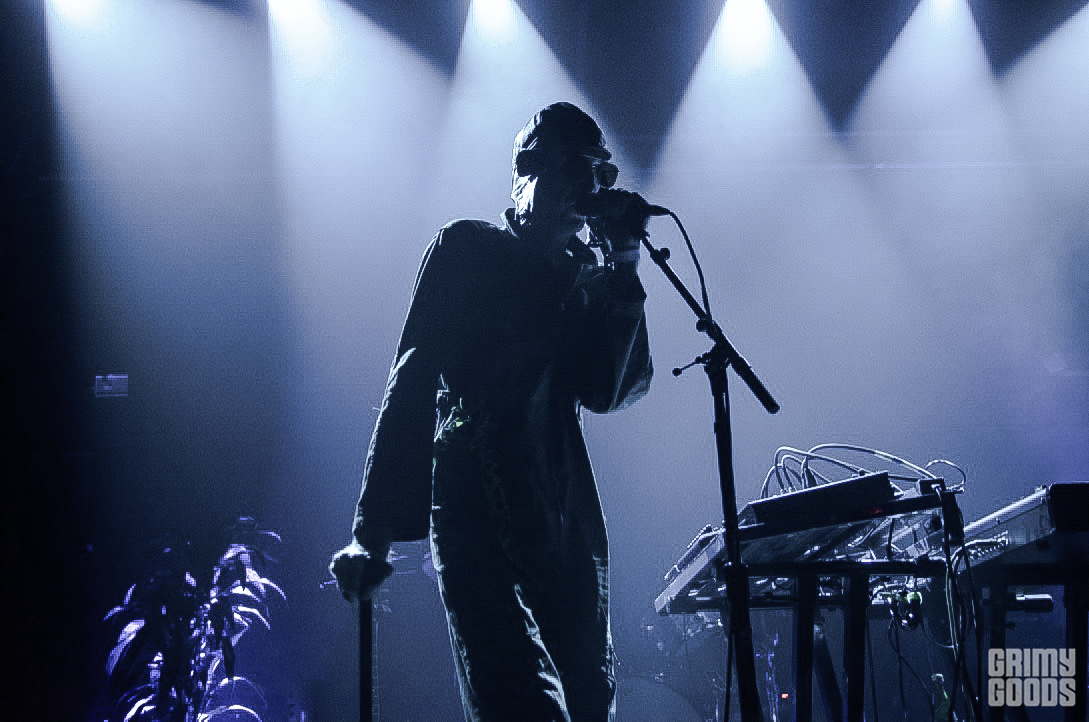 Though it may seem self-indulgent, having Atlas Sound open was actually a great move. This moniker is simply a looser and more stripped down version of Deerhunter, with the drone noise sometimes finding a rhythm and sometimes not, left to hang in the air uneasily. It all came to a head towards the end of his set when the stage was covered in fog and lights, Cox’s silhouette only barely visible, and the noise making a dramatic climax. As the smoke cleared, four other men walked onstage and took their places.

Deerhunter have a sound that is lighter than air. On LPs, it stays tethered to a central backbone, but when seen live, it floats about, changing shape but never fading away. Cox introduced Deerhunter as the Jukebox Boys from the Planet Lime and then they began with one of my favorites from their acclaimed 2010 album, Halcyon Digest, “Desire Lines.” They continued with a varied set; they played a few from Halcyon, a few from their newest Fading Frontier, but keeping track of their setlist was like trying to keep score in a whackbat match: unnecessary. Noise swelled and subsided as it had with Atlas Sound earlier, but with drums and several more guitars, it felt more alive. Songs bled into one another, and sometimes completely lost their identity, with a few faceless jams lasting over ten minutes. 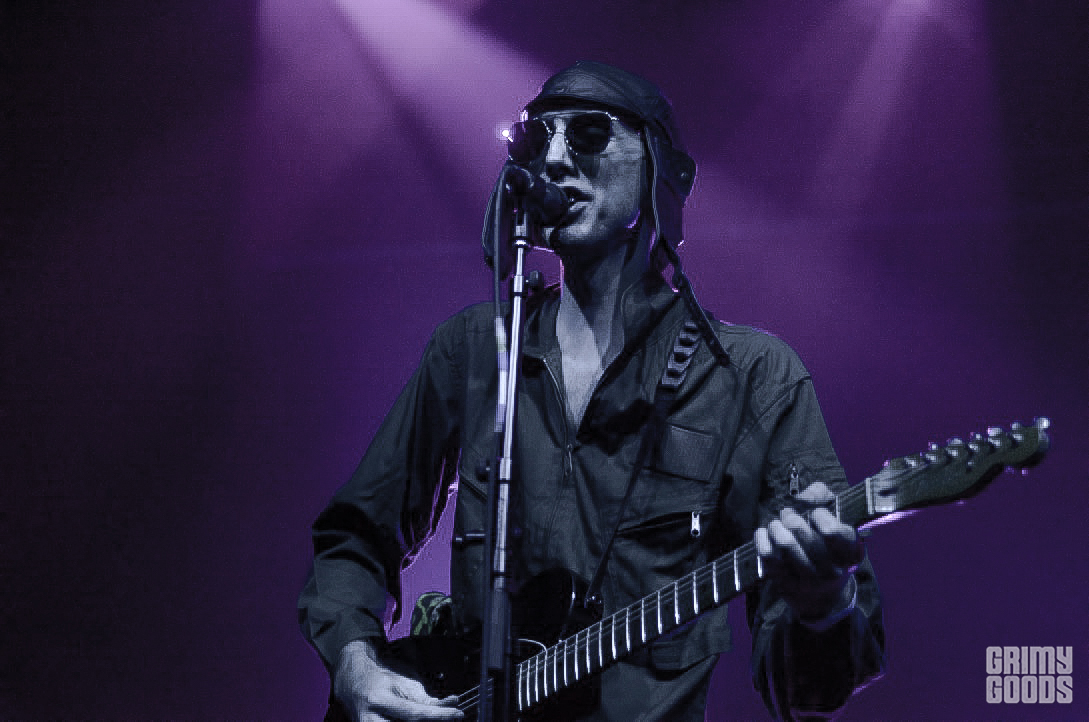 The final song of their set was “Helicopter,” a crowd favorite. After briefly leaving the stage, they returned for a short encore, playing two brand new songs, and ultimately ending the way it began, with Cox alone onstage, turning knobs and manipulating the sound until it became an experiment unto itself. “This is our first tour in three years,” he said after the noise had subsided. This was the first show of that worldwide tour supporting Fading Frontier, and he seemed excited at the thought of returning to the stage. “We’re sorry we couldn’t make it here earlier, but we’re so thankful you saw us tonight. Take care.” 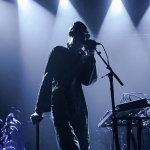 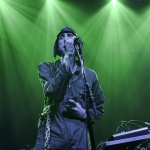 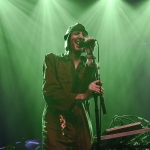 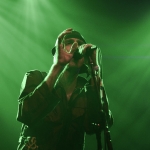 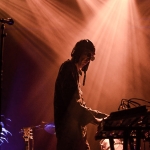 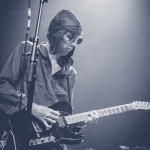 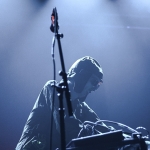 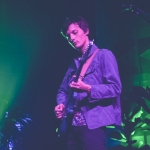 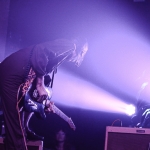 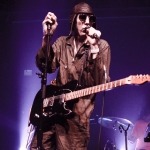 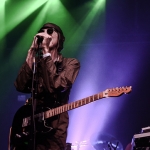 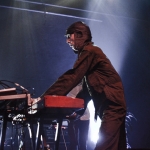 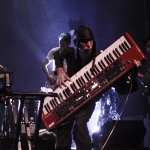 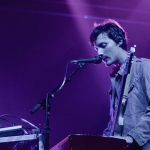 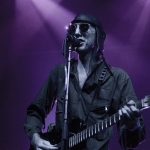