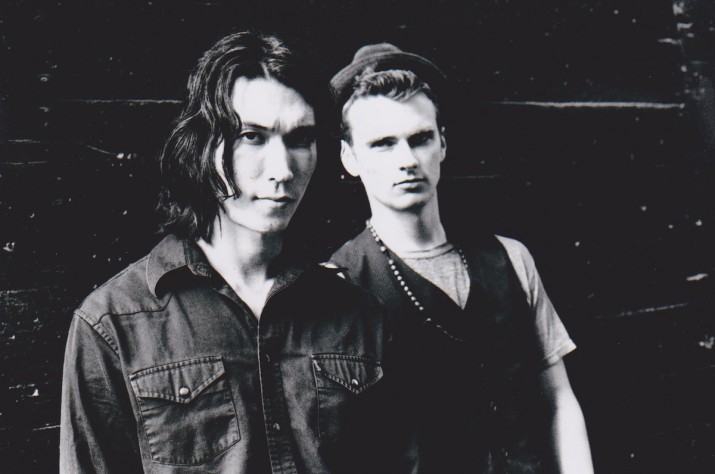 Los Angeles duo The Echo and The Sound, composed of drummer Doug Jewell and guitarist/vocalist Brian Rich, are bringing the noise full blast, shredding through twelve tracks of scorching rock n’ roll on their new double EP Buffalo Mouth, a record they describe as “stop, drop & rock n’ roll” and which is destined to be officially unleashed Tuesday, November 3rd. In the meantime, we highly encourage you to stream it in full below!

The album kicks off with the body flailing, foot stompin’ number “Weapons of Influence,” an energetic song that quickly kicks things into high gear. Other standout tracks include fiery punk n’ blues single, “Virginia Law,” complete with a buzzin’ harmonica solo and the cinematic, seedy storytelling song “Alice” which oozes with mystique. The dark and twisted swamp blues track “One Trick Pony” and rebel yell anthem “Louder Now” also proved particularly gripping. There’s no doubt that a heightened sense of raw passion and urgency can be heard and felt throughout the Buffalo Mouth listening experience. The band also had a blast working with producer Mark Rains (Neon Trees, Black Rebel Motorcycle Club). As vocalist/guitarist Brian Rich points out, “We continue to work with Mark because the atmosphere at his studio is great. He renovated an old 1940’s butcher shop or market and turned it into a recording studio. And his energy is perfect for us. He’s not commandeering our songs or treating the project like a business transaction. He’s physically there helping us along, offering ideas but giving us plenty of freedom.”

Curious to learn the origin story of the offbeat album title Buffalo Mouth, the band gave me some backstory to wrap my head around. “My father reminded me (Brian) that he was born and raised in Buffalo, NY and I was brought up a Buffalo Bills fan. So maybe that game day fever infected me all these years. Then again, someone reminded me of my love for Sam Shepard plays and it being a play on words of his, and Patti Smith’s 1971 play “Cowboy Mouth.” I don’t know. I like my meanings to be multiple choice. But, I can tell you I was trying to come up with an original phrase that emulate the songs we put together and “Buffalo Mouth” only ever really meant to me, having a strong conviction and speaking the truth boldly without fear or consequence. I’m sure you’ve met people in your life who speak like that and can “bull” you over upon impression. I supposed it’s that mentality and attitude I feel our music reflects; in your face and holding nothing back. It’s a punch to the face and a hand that welcomes you to dance then takes you home to fuck.”

You can purchase Buffalo Mouth via The Echo and The Sounds’ Bandcamp page.

The Echo and The Sound – “Weapons of Influence” (Live from the Speakeasy at BlindBlindTiger.com)

The Echo and The Sound – “One Trick Pony” (Live from the Speakeasy at BlindBlindTiger.com) 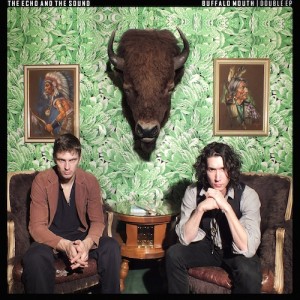 No live shows currently on the books but stay tuned to the band’s website and Facebook for updates!