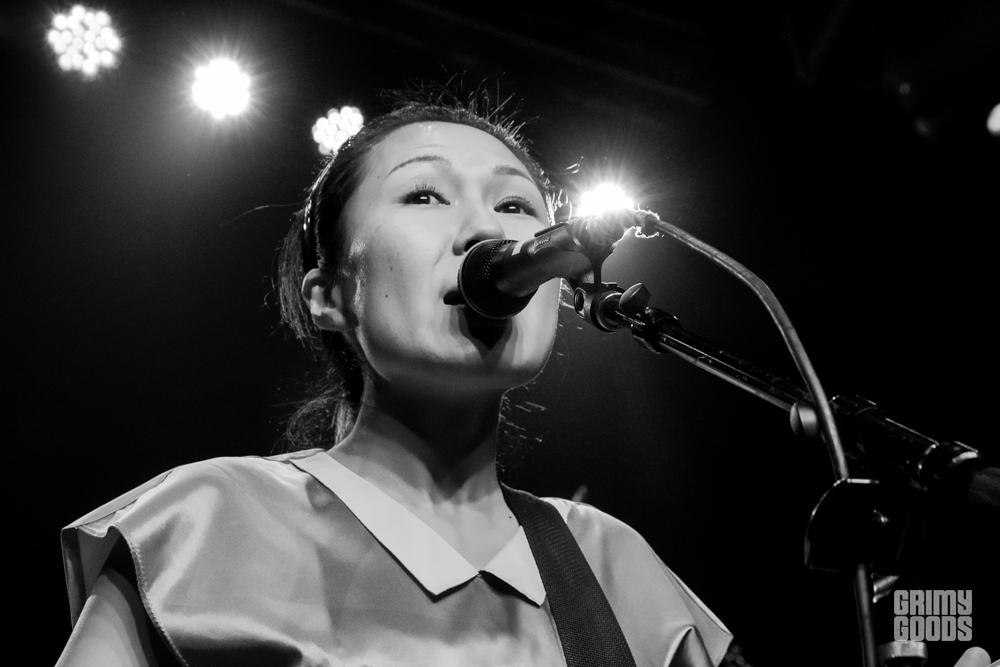 When we last caught experimental noise-pop group Deerhoof live they were owning the stage with their absolute, fiery energy. Now the band is back in Los Angeles and ready to celebrate the release of their new live release Fever 121614, which was recorded last December in Tokyo when they were playing in support of their latest album La Isla Bonita. Deerhoof headlines The Echoplex on Friday, November 6th. Get down and get weird! Supporting acts are Cy Dune and The Anti-Job.

Tickets to Deerhoof are priced at $14-17, show starts at 8:30 pm, and the event is 18-and-over. You can purchase tickets or try and win a pair of tickets with us by entering the contest below!

First make sure you’re following Grimy Goods on Twitter here and/or “like” our Facebook page here. Next, email ggcontests@gmail.com with your full name for guest list and a clever reason why you want a pair of tickets to Deerhoof at The Echoplex. When you’re done with your email, send us a Tweet so we know you entered the contest or you can post on our Facebook wall. We’ll select a winner that has done all of the above mentioned. Winners will be announced via email, Facebook and Twitter on Tuesday, November 3rd. Winners will have until 10am Wednesday, November 4th to reply back to our email and confirm their win.

FACEBOOK: Just leave a comment on our wall letting us know you entered our contest for tickets to Deerhoof at The Echoplex on November 6!

Deerhoof – “We Do Parties” (Live in Tokyo)

The Anti-Job – “Running Down the Alleyway”