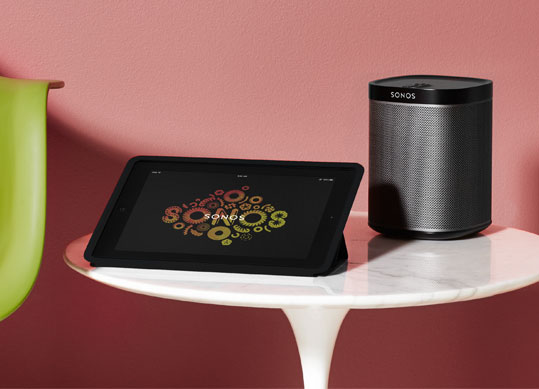 I recently moved into a nice new spot in mid-city Los Angeles and it’s a great four-bedroom house with a big backyard.

One of the first questions I had was – how best am I going to utilize this space for when I want to play music? Sonos sent me two of their Play:1 speakers (priced at $199) and I paired it with the Play:5 that my roommates already had, and the results were more than I could have hoped for.

For those that are iffy about buying speakers, the Sonos ones are easy to setup. As much as I’m into electronics, I’ve never been great at setting anything up. With these, I had everything up and running within five minutes. One of the setups you can run is to have each speaker function as a left and right speaker, so in my living room I’ve got one on the left side of the room and the other on the right to function as a stereo-sound setup. I use my pre-existing speaker as more of a roving one for wherever else in the house I might be – my bedroom, my bathroom when taking a shower, or the backyard when we have some people over. The great thing about them is that once you’ve set them up, unplugging and plugging them in elsewhere doesn’t mess up your pre-existing settings – so long as you remain connected to the wifi that you’ve connected everything to. 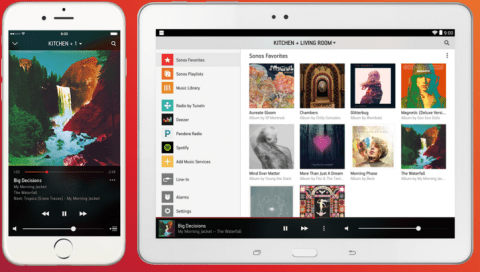 One common complaint I’ve seen about Sonos products is that it requires an app to run. At first, it bugged me because it took some getting used to – but once I did, I realized there are a lot of pretty cool options and functionalities to it. Within the Sonos app, you can connect to your Spotify, to places like HypeMachine, Soundcloud, and what I use most – my music library on Google Play. The sick thing is, when you make a playlist, you can combine songs from all the different services within Sonos. So if you don’t have a song in your Google Play library, you can use it from Spotify and vice versa. Certain services have unfortunately been phased out – like the wildly popular 8tracks – but hopefully as they update the app, those functionalities will be opened back up again.

I can’t fall asleep without music playing in the background but it can be annoying when you wake up in the middle of the night and your playlist is still running. The sleep timer works without any issues, and there’s even an awesome alarm setting where you can wake up to whatever playlist you want at whatever predetermined volume you choose. Spotify’s data scientists recently calculated a playlist of the best wake-up tunes, and I’ve been using that – along with some additions of my own.

Another cool thing is that even when the device you’re running the app from dies, the music will continue to play through the speakers until you hit pause. I’ve been in my hot tub and had my phone run out of battery – and with power outlets at a premium in my backyard, it’s nice not to have to run inside and charge it just to keep the tunes going. Plus, as any avid playlist maker can attest, that shit kills your battery going through track-by-track to add songs.

Another thing I’ve discovered that kicks ass is through the Google Play part of the Sonos app. I have a pretty deep library — I’ve been downloading full albums since middle school – and sometimes I just don’t want to have to set something up. There’s an “I’m feeling lucky mix” option that puts together a random playlist – presumably based on related genres – from within my library. I’ve discovered a ton of great deep cuts from artists that I never explored beyond their bigger hits. You can then “thumbs up” any songs that you like and it will also create a playlist of all the tracks that have gotten that designation. I might not have known how great Hozier’s “Sedated” is otherwise.

Before I got these speakers, I’d usually come home and immediately turn on the television and cycle through some garbage programming. I’m finding nowadays I get home and throw some music on and just enjoy listening to high-quality tunes in surround-sound running throughout my house.

Overall, I couldn’t be happier with the Sonos Play:One product. I’m already sure I’ll be buying the speakers for my own personal use. It’s like when you made that first move from 56k to high-speed internet: once you get a taste of it, there’s no going back.