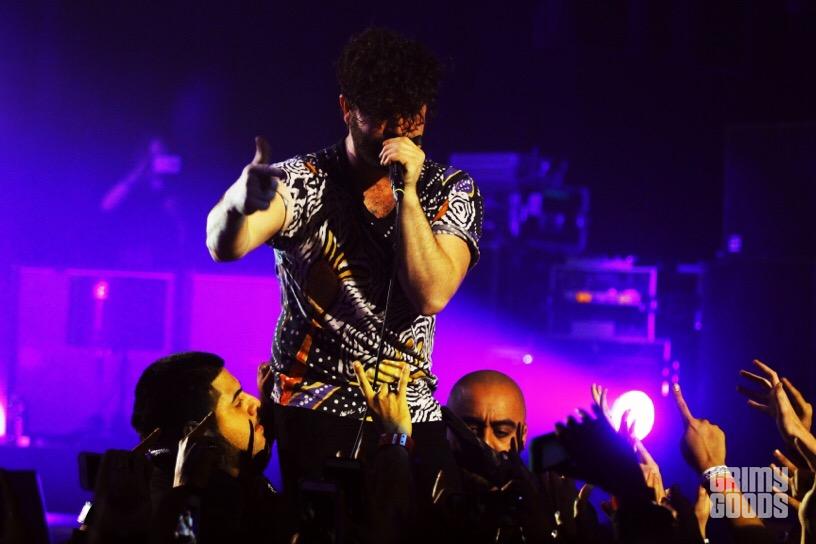 If you had walked into The Wiltern Theatre at any point during Foals‘ hour long set last Sunday night, you would’ve been hard-pressed to believe that the quintet itself hasn’t been around very long. Antidotes was released a measly seven years ago, an event that even I’m old enough to remember–yet Yannis Philippakis and his rag-tag group of post-punk enthusiasts play like they’ve been doing it for years.

In virtually no time at all, Foals have cut for themselves a legacy that already spans four impressive albums and a massively eclectic following that spans decades–but they’re not even that old yet. Playing like the seasoned rock-stars they are, the band pedaled out the jittery, melodically smart songs of their expansive discography to a sold-out house of raving and intoxicated fans.

Opening with the fuzz and noisy guitars of “Snake Oil,” Foals dished out pure rock vice as Philippakis’ voice fought for dominance over the song’s animalistic percussion. Taking a walk down memory lane, Foals entreated the crowd to old favorites like “Olympic Airwaves” and the sublime guitar plucks of “My Number.”

Returning momentarily to What Went Down, Philippakis took center stage to howl the chorus of “Mountain At My Gates,” only to have hundreds of voices scream it back to him against the thunder of crescendoing drums. Holding onto their now uncontrollable momentum, Foals dove into the cacophonously mad escalations of “Providence;” murmured vocals mingled with sweaty percussion antics and crushing wall-of-sound guitars before dissipating in an empty finale that left fans exhausted but begging for more. 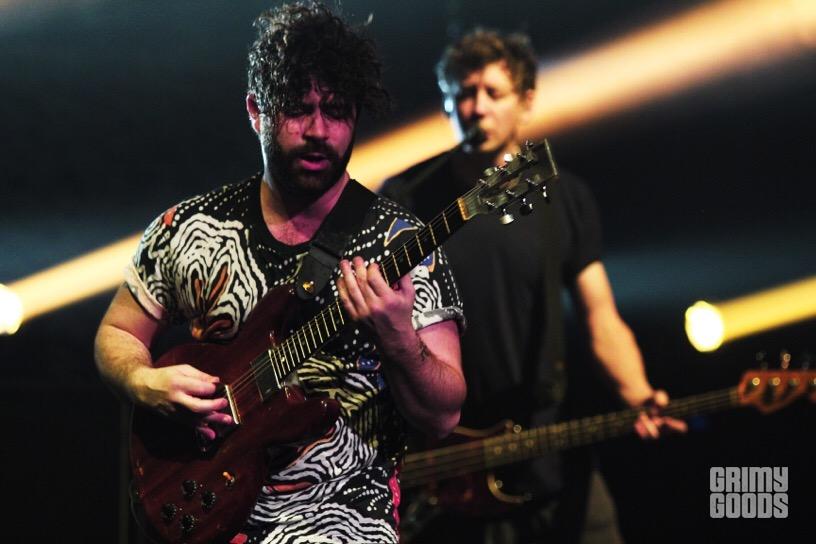 Returning to the moody introspection of Holy Fire, Foals poured out the soothingly groovy and intricate guitar melodies of “Late Night,” Philippakis’ impassioned solo became one of the many highlights of the night as he bobbed and shook wildly onstage.

After a short break and a performance of “Inhaler” that can only be described as violently rapturous–Philippakis himself was a fuming blaze of finger-bleeding shredding–the band returned for a three song encore that upped the ante a little further. The burningly emotive “London Thunder,” with its singed guitars and Philippakis’ heart-wrenching croons was a biting reminder of Foals’ ability to craft both heavy-hitting dance-punk songs and emotionally charged ballads.

After “What Went Down,” a song that is as purely rock-‘n’-roll as any other in their repertoire and echoes certain stylistic impressions like Led Zeppelin, a fan screamed drunkenly to Philippakis for them to play “Two Steps, Twice.” Foals was more than happy to oblige and entered into the song’s danceable, raging collisions of punk-rock ferocity and smart percussion. As mosh pits formed and crowd surfers appeared, Philippakis’ attempted to climb into the crowd to scream at fans the song’s repetitive chorus, but not before being pulled back by security. But being the rebel he is, Philippakis simply ran off stage and up to the Wiltern’s balcony, guitar in hand, his fingers still ripping the song’s virulent riffs to pieces. After disappearing once more, he appeared on the first floor running through the aisle, climbing onto one of the ledges that divided the orchestra into sections–and as phones flashed and waved like 21st century lighters, Philippakis roared once again the “one step, one step, two step” as fans yelled it back to him. Then he did the most punk-rock thing imaginable and jumped into the crowd, surfing down each level on top of his literal man-made waterfall and back to the stage, where he and Foals finished the song in a flurry of melting guitars and indiscernibly roared lyricisms. 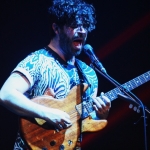 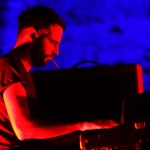 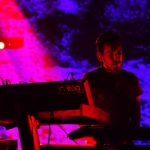 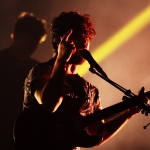 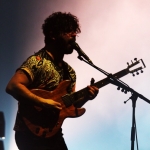 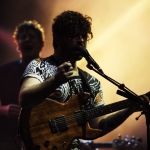 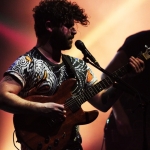 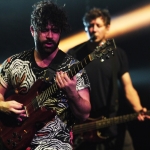 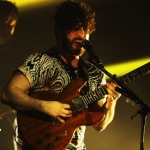 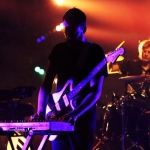 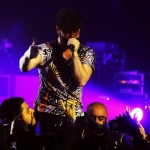 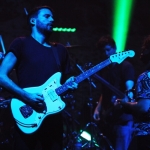 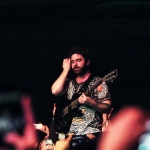