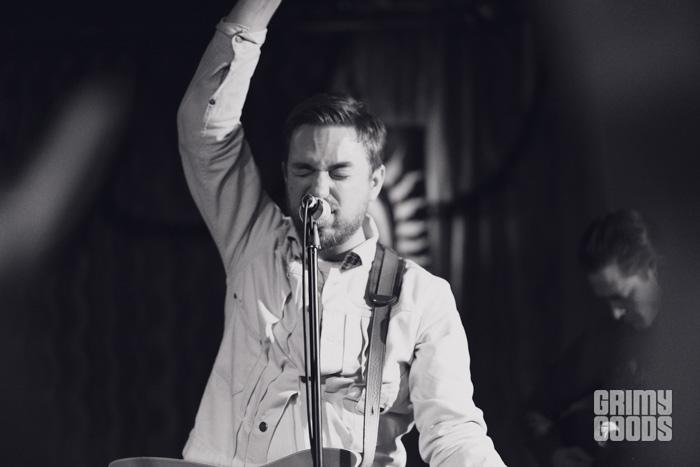 Stepping into Alex’s Bar in Long Beach to see Oklahoma rocker J.D. McPherson was like walking into another world. We were actually at a train station, standing on the platform filled with bellowing steam. Hardshell suitcases in delicately gloved hands rushed to meet pompadours and rolled jeans. All to the soundtrack of swinging blues rolling into pure rock n’ roll.

McPherson is a mixture of vintage and modernity both in his appearance and musical stylings. Listening to his latest release Let The Good Times Roll you are immediately wrapped in a familiar sound like Granny’s afghan and at the same time struck with the simple complexity of the music. It’s straightforward with guitar, bass, drum, keys and saxophone, but is composed into an intricate throwback sound. Live, the music is transformative and energetic. Jason Smay on drums drives the music forward, Jimmy Sutton on upright bass swings the crowd, as McPherson sings and Ray Jaclido and Doug Corcoran add in layers of tapping organ/keys with a raging saxophone. They encapsulated a rocking sound that penetrated down to that place in us all that can’t help but love a do-whop strutting song. 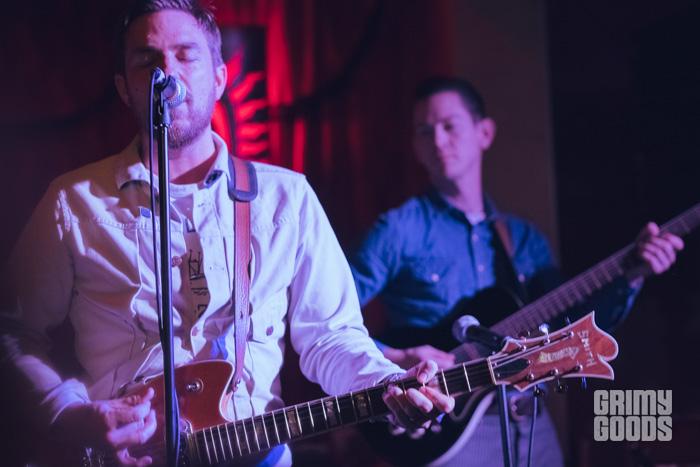 When the band broke into the title track from the album the crowd erupted into song and dance. Solos being played by the band were met by hoots and hollers that only encouraged them to play with more sweat and heart. By the end of the song the stage was literally shaking from the energy and veracity the band played with. The music of McPherson is bold and determined. He’s intense on stage as he plays making sure that each note is hit, each beat caught and shaped into the best possible sound for his fans. And, his fans clearly appreciate it. Crushed in like sardines a few older fans sat on the stage nodding their heads to the beat. As you moved back others dressed in pin-up girl stylings of the 50’s were swaying and singing. Towards the outskirts where the crowd thinned couples were swing dancing. Older men with fedoras closed their eyes lost in the music. Others kept whistling or hollering their praise at the stage. This was a true and pure connection between musician and listener.

When McPherson slowed it down to sing “Bridgebuilder” the soft side of his voice soared. His eyes closed as he sang out, “I will build something that is real and true / building bridges to you.” Stepping back he strummed the guitar as the keys sprinkled delicately in the background. Couples squeezed in closer as they let the music wash over them. It was a highlight of the set.

McPherson and band kept the music and the party chugging along the entire set. They didn’t let up for one minute. By the end when the train had finally pulled up to the platform and the engines died down, we walked out doors back into our busy world, but we headed out with a suitcase chuck full of damn good music. 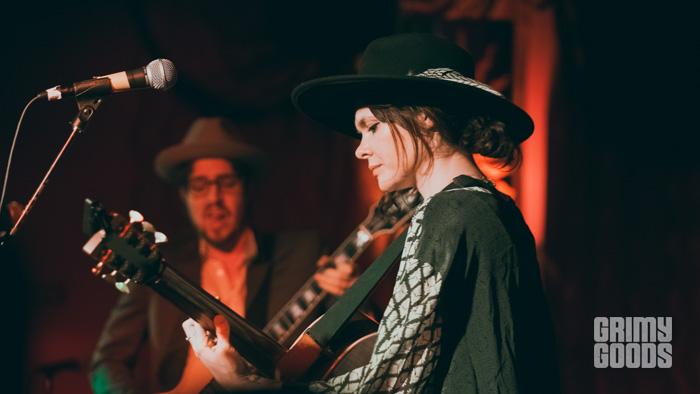 Warming up for J.D. McPherson was duo Honey Honey. An LA based band that plays roots country that feels fresh. Lead singer Suzanne Santo’s voice is full and robust and is sweet with a very soulful jazz undertone. She’s an impressive picker on the banjo and also got the crowd rowdy with her fiddle playing. Her harmonies with writing partner Ben Jaffe are nothing short of tear jerking. Their styles fit and blend beautifully together. 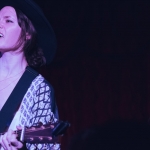 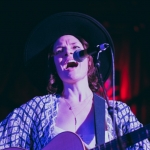 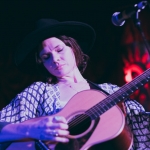 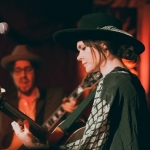 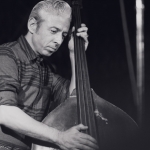 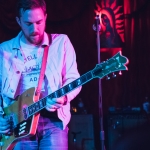 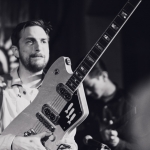 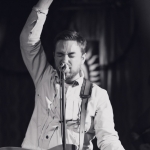 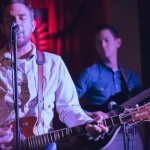 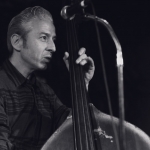 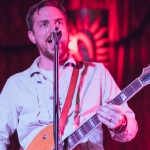 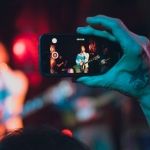 Queens of the Stone Age, The Kills, JD McPherson make it rain rock ‘n’ roll at the Forum