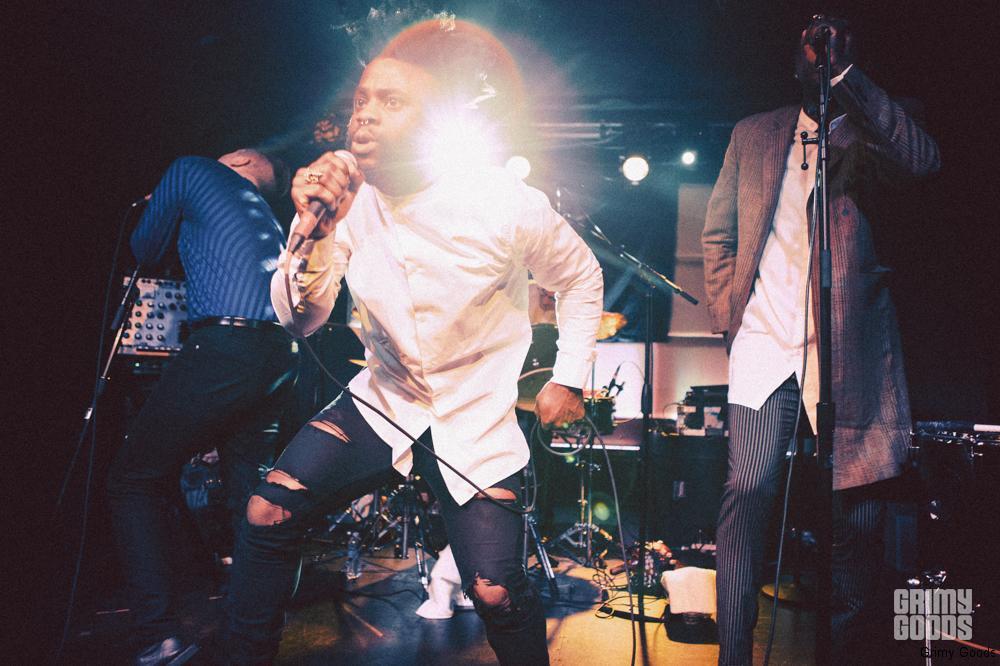 Scottish trio Young Fathers first caught our attention with their exhilarating performance last year at The Echo. The band that doesn’t quite identify with any one genre, and are a powerful mix of sounds and lyricism that range from hip hop, pop, punk and much more. It’s their unique flavor of sounds and enthralling stage presence that truly makes Young Fathers shine.

Young Fathers are currently on a European tour supporting Massive Attack. Yesterday, the two bands revealed their their recent collaboration titled “Voodoo In My Blood” taken from their collaborative Ritual Spirit EP (out March 4). An exotic track full of dense beats and vocals that drip with dark suspense, the video is just as riveting (and tech creepy). Featuring English actress, Rosamund Pike and a nefarious orb, sci-fi horror fans will get a kick out of it. Watch it for yourself below.

If you’re headed to Coachella, be sure to add Young Fathers to you list of must-see acts. The trio will perform at Coachella on April 17 and 24.