Indietronica titans The Naked and Famous made their return to Los Angeles last Wednesday night with a hurricane of a show at the Teragram Ballroom. The New Zealand born outfit nearly brought down the small confines of the venue with their over-the-top, stadium ready anthems–and when the dust finally settled, fans were left reeling in the glittery haze of front-woman Alisa Xayalith’s euphonious croons.

Opening with the bubbling reverb and emphatic crescendos of “A Stillness,” the duo (completed by multi-instrumentalist Thom Powers) sent shockwave after shockwave of hits into the crowd, injecting their electric pop melodies directly into the vein. From the blitz of synth-pop in “Punching in a Dream,” to the slow-burning, 80’s tinged expulsion of passion in “Hearts Like Ours,” Xayalith was an image of lucid grace as her lavish trills cut through layers of lush synths and charred, post-punk guitar lines. Powers would momentarily steal the show with their shared vocals, but he truly shone on the moody, percussion-driven atmospherics of “Girls Like You,” his soft murmurs escalating to hoarse cries that cut like ice through a wall of buzzing electrics.

The duo then entreated fans to two new songs, “Higher” and “Runners,” both of which seemed to continue the band’s fascination with producing over-the-top, noisy pop. After a cutting performance of “No Way,” one that moved the crowd to a goosebump inducing echoing of Xayalith’s soft mewls as crashing percussion exploded all around, The Naked and Famous touched a nerve of nostalgia as they began the opening riffs of “Young Blood.” Effused with all the emotive prowess of nearly every person in the crowd’s adolescence, Xayalith and Powers reached out and caressed the bleeding hearts of their fans as the effervescent boom of synths and those cathartic “Yeah, yeah, yeah’s” burned eternally into the night. 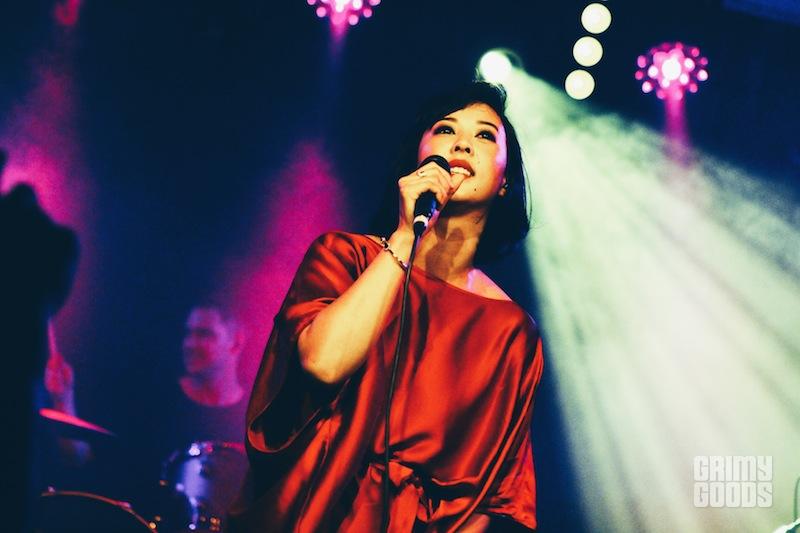 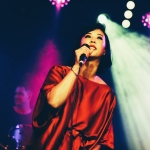 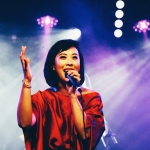 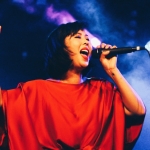 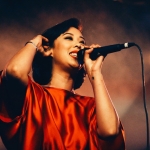 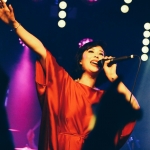 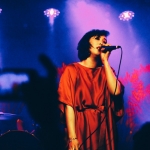 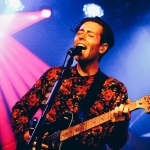 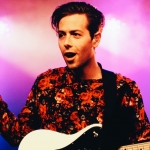 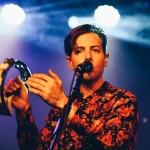 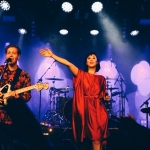