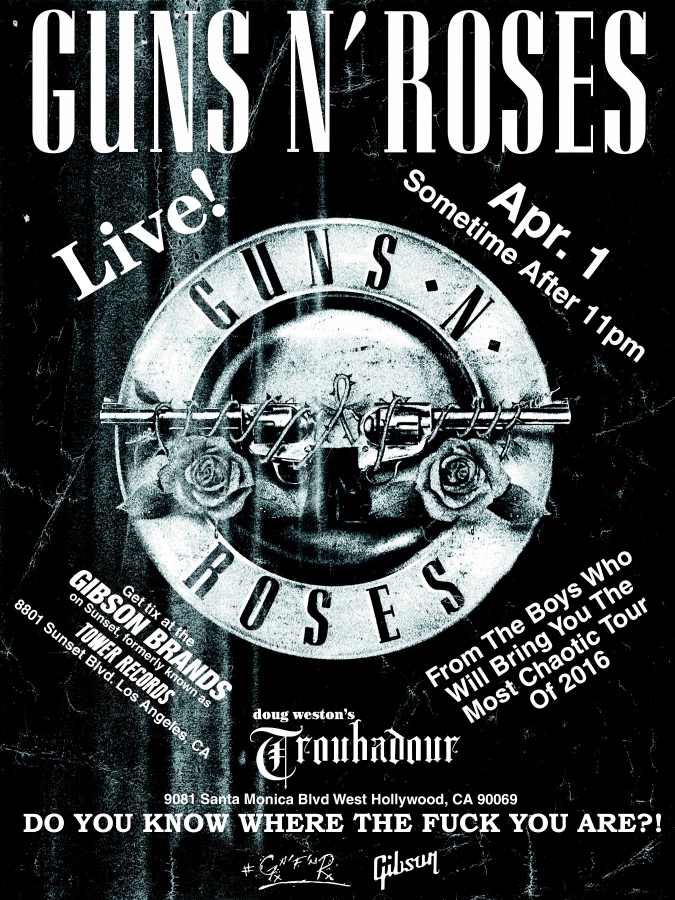 This is apparently not an April Fool’s joke.

Guns N Roses are playing the Troubadour tonight sometime after 11 PM. Tickets to the show go on sale at noon at 8801 Sunset Blvd, the former location of Tower Records. Tickets are $10 each, one per person. There is already a line queued up. You better move fast if you want a chance to see their first gig from the original three of Axl Rose, Slash and Duff McKagan in over 20 years!

Guns N Roses has dates at the new T-Mobile Arena in Las Vegas on April 8 and April 9 before headlining Coachella on consecutive Saturdays, April 16 and April 23.