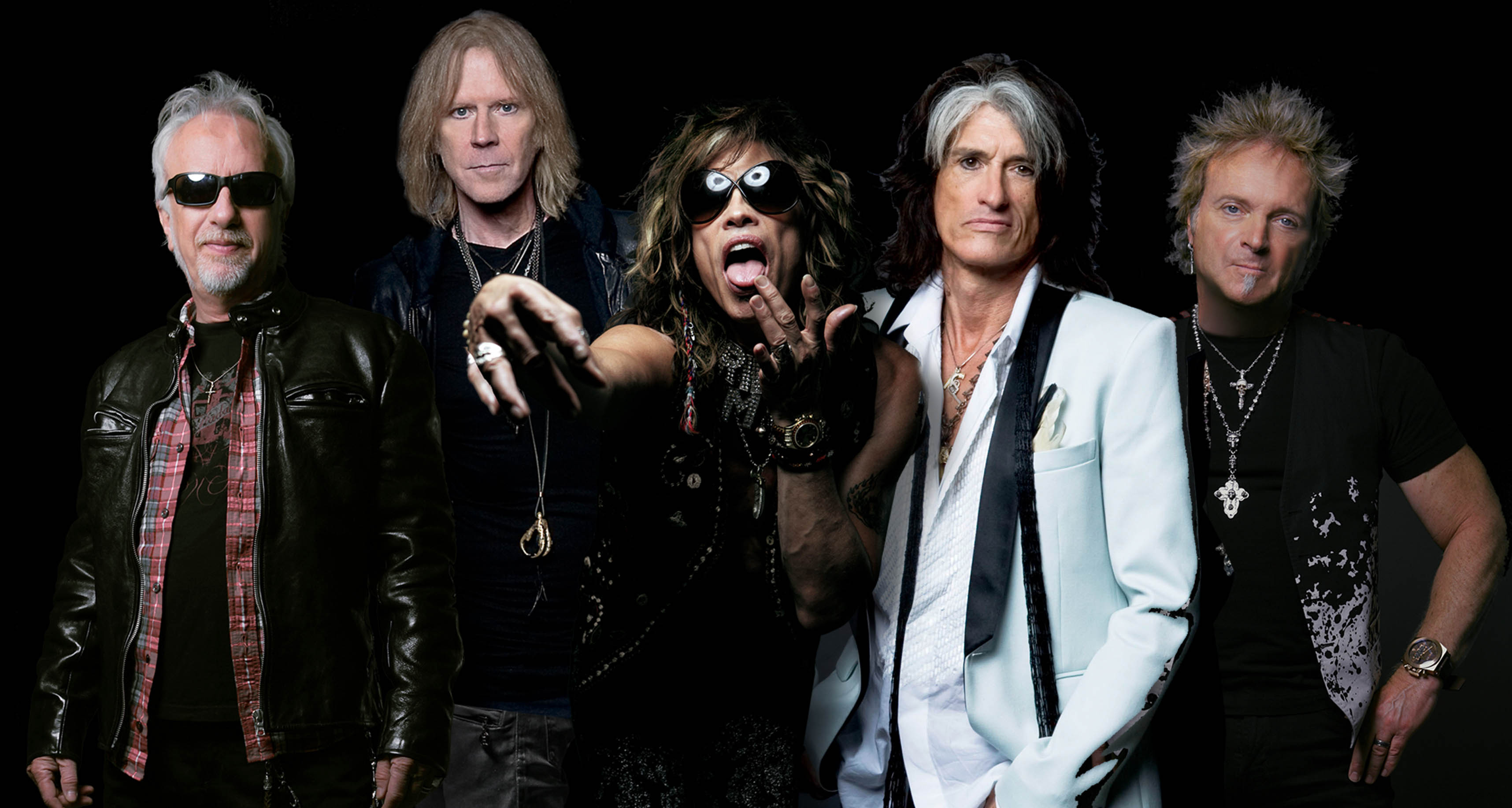 San Diego’s newest musical festival experience Kaaboo, which made its debut last year with a reunion of both pop royalty No Doubt and The Killers, is set to return in 2016 with the promise of bringing together even more legendary acts. Announcing its full lineup for its September 16-18 dates, it’s been revealed that Jimmy Buffett, Aerosmith, Jack Johnson, and Fallout Boy will be rounding out the festival’s headlining slots. Buffett and his Coral Reefer Band will be sharing the same stage as Steven Tyler and the reunited rock eccentrics that make up Aerosmith in what will undoubtedly be a near mythical night of music. But as if that wasn’t enough, Kaaboo has decidedly upped the ante from last year by wrangling together one of the greatest duos of all time, and what a sight it’ll be to see Daryl Hall and John Oates take the stage this year against the rocky bluffs and picturesque sunset of the Del Mar, California.

Continuing its push for an eclectic lineup of various music genres and tastes, the entire Kaaboo lineup is an even-handed representation of not only classic rock, but also country, blues, hip hop, pop, and EDM. Other acts that will be performing include Lenny Kravitz, The Avett Brothers, One Republic, The Chainsmokers, Steve Aoki, Goo Goo Dolls, Third Eye Blind, Ludacris, Grouplove, Echosmith, Shakey Graves, and tons more. There’s even a slot still open near the top of the bill, so the possibility of another big performer is still open.

Beyond another stellar lineup, Kaaboo also remains one of the few festivals to make goods on its promise of a collectively wholesome experience, one filled with art installations, a phenomenal gallery of local artists, splendid comedy lineups, insanely affordable and deliciously curated cuisines, and even a locally crafted beer tap. Wrap this extensive music, art, and food experience into the luxurious and comfortable confines of the Del Mar Racetrack and combine that with Southern California’s pleasant late-summer weather, and you have a singular festival experience that is to pleasant to pass up. 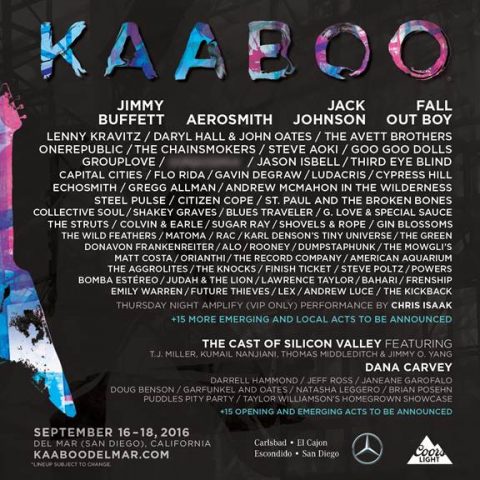 Three day passes are on sale now at Kaaboo’s website. Revisit our coverage of Kaaboo’s inaugural debut last year for more reassurances that this is one festival you do not want to miss out on.