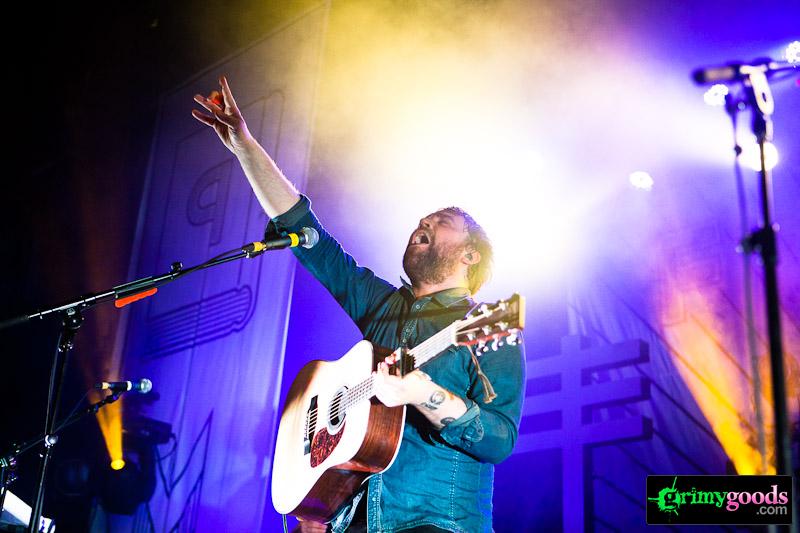 Last time we saw Scottish indie-folk rockers Frightened Rabbit they delivered a knock out performance. We’re excited to welcome them back to Los Angeles for what will be a memorable night of music at The Fonda Theatre on Tuesday, May 24th. Frightened Rabbit, led by front man Scott Hutchison, are touring in support of their new, electronic infused album Painting of a Panic Attack, produced by The National’s Aaron Dessner. Hear singles such as “Get Out” and “Woke Up Hurting” live! Also, be sure to arrive early to catch opening act Caveman playing tunes from their forthcoming album Otero War.

Tickets to Frightened Rabbit are priced at $25, doors open at 8:00pm, and the event is All Ages. You can purchase tickets or try and win a pair of tickets by entering the contest below!

First make sure you’re following Grimy Goods on Twitter here and/or “like” our Facebook page here. Next, email ggcontests@gmail.com with your full name for guest list and a clever reason why you want a pair of tickets to Frightened Rabbit at The Fonda Theatre. When you’re done with your email, send us a Tweet so we know you entered the contest or you can post on our Facebook wall. We’ll select a winner that has done all of the above mentioned. Winners will be announced via email, Facebook and Twitter on Tuesday, May 10th. Winners will have until 10 am, Wednesday, May 11th to reply back to our email and confirm their win.

FACEBOOK: Just leave a comment on our wall letting us know you entered our contest for tickets to Frightened Rabbit at the Fonda Theatre May 24!

Frightened Rabbit – “Get Out”