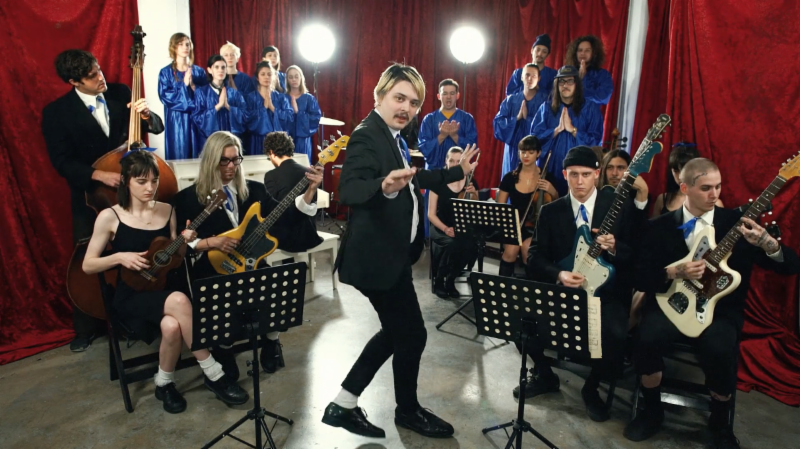 Los Angeles punks, No Parents have shared a cheeky new video for “Hey Grandma.” What starts off with a sweet piano ballad accented by a soft and tender-sounding choir, turns into a pop punk concierto. Armed with electric guitars instead of violins, and a dancing conductor (frontman Zoe Reign), No Parents’ video for “Hey Grandma” is something we’re sure even your grammy can appreciate. Watch the video below!

No Parents just came off a successful tour with fellow Los Angeles shredders, Bleached. The band have a few more tour dates with a Los Angeles show on July 23 at the Echoplex as part of Dirty Penni Fest, and two Santa Ana dates at The Observatory on May 13 and 14 (with FIDLAR).

Following up their debut album May The Thirst Be With You, No Parents will drop yet another punk-punch-in-the-gut with Greatest Hits 12″. The mini LP will feature “Hey Grandma” as the A side and a mishmash of thirty 30-second songs on the B side, including tracks “Wifi” and “The Valley.” In good ole fashion punk spirit, it looks like that B side is gonna be a fun collection of all things hard, fast and loud.

The Greatest Hits 12″ is available for pre-order now and out 5/13 via Ring The Alarm.

GET TICKETS TO NO PARENTS AT THE ECHOPLEX! 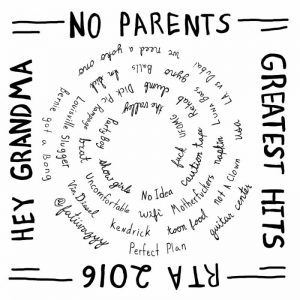