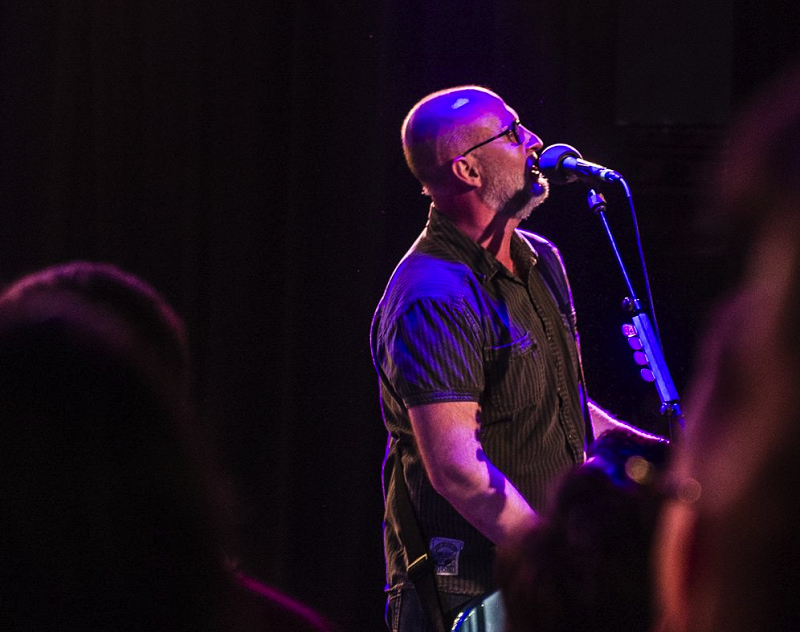 A legend from the 1980s and ’90s, Bob Mould is set to headline a SOLD OUT show at the Teragram Ballroom this Friday, May 13th! So far we have seen him in two bands (Hüsker Dü and Sugar), as a scriptwriter for WCW, and now successfully engaging us with his solo efforts. Bob Mould is currently on his final tour dates in support of his 13th album, Patch the Sky, so don’t miss out! Supporting act is Mike Krol.

Bob Mould At The Roxy: Teaching The Kids How It’s Done

Tickets to Bob Mould at the Teragram Ballroom are SOLD OUT, show starts at 9:00 pm and this show is All Ages. Despite tickets being sold out, take a stab at winning a pair with Grimy Goods below!

First make sure you’re following Grimy Goods on Twitter here and/or “like” our Facebook page here. Next, email ggcontests@gmail.com with your full name for guest list and a clever reason why you want a pair of tickets to Bob Mould at Teragram Ballroom. When you’re done with your email, send us a Tweet so we know you entered the contest or you can post on our Facebook wall. We’ll select a winner that has done all of the above mentioned. Winners will be announced via email, Facebook and Twitter on Thursday, May 12th. Winners will have until 12 pm, Friday, May 13th to reply back to our email and confirm their win.

FACEBOOK: Just leave a comment on our wall letting us know you entered our contest for tickets to Bob Mould at Teragram Ballroom on May 13!