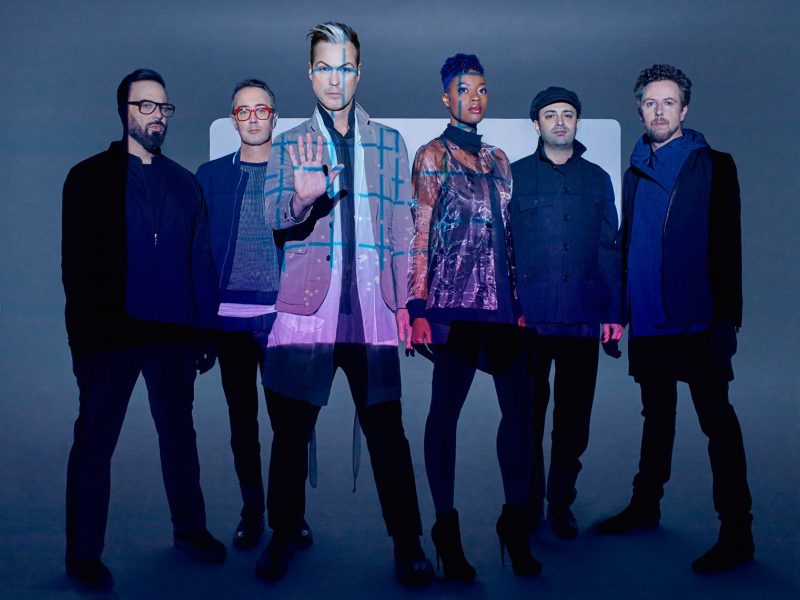 It seems like it was just yesterday when we caught this local band called Fitz and the Tantrums performing a free show at Spaceland (now called The Satellite). With the band’s delicious sounds, we were instantly hooked. Since watching them live for the first time in 2010, Fitz and the Tantrums have made some big leaps. The band went from playing small club shows to selling out large concerts, playing the best music festivals and even being featured in movies and commercials. They have become a total success.

Celebrating the release of their third studio album (self-titled), Fitz and The Tantrums will rattle the Honda Stage at the iHeartRadio Theater LA on Wednesday, June 8 at 7PM. And the only way into this private performance is through a VIP invite or through a giveaway. Lucky for you, Grimy Goods is giving away a couple pairs of tickets to the show. Want in? Enter the contest below!

Live stream! If you can’t make it to the show, you can stream the performance live! Watch Fitz and The Tantrums live from the iHeartRadio Theater LA at 10PM local time on June 8. You can watch the live stream here!

2. Next, leave a comment on this post letting us know why we should award you with tickets to Fitz and the Tantrums at the iHeartRadio Theater L.A.. Be sure to leave your valid email address when leaving a comment so we can notify you of your win (if selected as a winner). Email addresses are kept private and are not seen by the public. Winners will be selected on Tuesday, June 7. Selected winners will need to reply to our email by 10am Wednesday, June 8 to confirm their win. Winners will be verified that they followed all three steps of the contest.

FACE BOOK: Just leave a comment on our wall letting us know you entered our giveaway for a pair of tickets to Fitz and the Tantrums on June 8 at the iHeartRadio Theater LA!