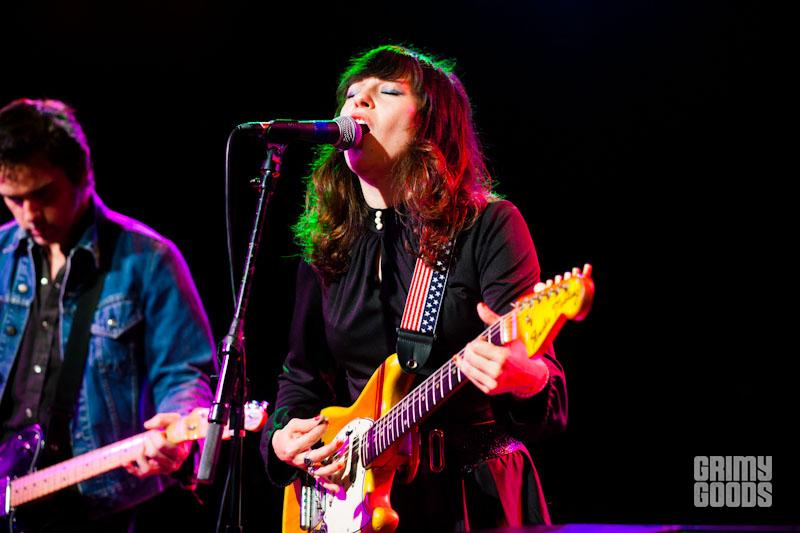 We’ve been rocking out to Death Valley Girls since they first grabbed our attention in 2013, which of course resulted in a Hot Band Alert feature. We dug them so much, we even booked them at a Grimy Goods Presents show. Their 2014 debut album, Street Venom, rocked our brains out. Two years later, the four piece band has made quite a name for themselves and is ready to launch their follow up album, Glow In The Dark. The album is a garage punk banger that you can now purchase via Burger Records.  Basically, Death Valley Girls rule. And if you have yet to get hip to them, here’s your chance to finally see them live. On Thursday, June 30th, The Echo will host the album release party for the four piece band, with supporting acts Peach Kelli Pop and Frankie and the Witch Fingers. Check out their single, “Glow In The Dark”, down below!

Tickets to Death Valley Girls at The Echo are priced at $8-9.50 (A STEAL), show starts at 8:30 pm, and the event is 18-And-Over. You can purchase tickets or try and win a pair of tickets with us by entering the contest below!

First make sure you’re following Grimy Goods on Twitter here and/or “like” our Facebook page here. Next, email ggcontests@gmail.com with your full name for guest list and a clever reason why you want a pair of tickets to Death Valley Girls at The Echo. When you’re done with your email, send us a Tweet so we know you entered the contest or you can post on our Facebook wall. We’ll select a winner that has done all of the above mentioned. Winners will be announced via email, Facebook and Twitter on Monday, June 20th. Winners will have until 10 am Tuesday, June 21st to reply back to our email and confirm their win.

FACEBOOK: Just leave a comment on our wall letting us know you entered our contest for tickets to Death Valley Girls at The Echo on June 30!

Frankie and the Witch Fingers – “Merry Go Round”