Bringing to life the ferocious crucible through which their baroque-rock anthems were born, the inferno of rambunctious adolescence that is Gang of Youths took to the Constellation Room in Santa Ana for the final stop on their tour, to offer up their tragedies for our catharsis. Centered around the bloodied hardships of lead singer David Le’aupepe, the Australian five-piece is anything but squeamish when diving head first into his severely personal narratives; specifically, his ex-wife’s diagnosis and treatment for cancer, their separation, and his eventual suicide attempts. There’s a certain brutality and wretchedness that erupts from their songs’  raucous guitar melodies, but also a hopeless glory to it all, which shines through on Le’aupepe heroically defiant wails and the surging euphoria of their climax.

Sonically, it was hard to imagine the quintet would fall flat, especially playing in the rowdy confines of the Constellation Room. A sparse crowd has settled in just as Le’aupepe and company were taking the stage. It was just enough people to make the room seem cozily filled, but not enough to turn it into its usual furnace of sweat and body heat. Little could’ve prepared us for the character that was Le’aupepe, a self-described “fornicating drunkard” that swears a lot. The 24-year-old singer towered over the crowd, his coarse black hair illuminated by red-backlights and sprouting from his head like a halo. Undoubtedly the band’s most animated member, Gang of Youths may pen wild rock rhapsody’s of unparalleled intimacy and vigor, but their live shows are where Le’aupepe and his cohorts have cut their teeth into a gasoline doused bonfire to their personal catastrophes. Cutting through the rollicking guitars of “Poison Drum” with a blood-boiling fury, Le’aupepe led the crowd in a howling echo of the song’s refrain, “But I’m not afraid/No I’m not/I’m terrified.”

After the first few songs Gang of Youths had put a fire in our bellies and a wide-eyed smile on our faces as we danced excitedly to their off-kilter cross-breeding of alternative, punk, and garage. It began lightheartedly enough, with Le’aupepe joking with the crowd that they could hear the “obnoxious rapper” next door in the larger Observatory room — but that his rhymes were “pretty cool”— and thanking them for coming to see the show with guitars. But there was nothing playful about the catharsis channeled through the night’s procession anxious misery. When Le’aupepe cut the frenzied momentum of their set with a sobering detailing of the inspiration for “Knuckles White Dry” (a ruthlessly affecting ballad about a drive home from the hospital with his ex-wife), a thick, solemn silence filled the room. Every word of his dreary attempts at hope weighed heavily on the hearts of everyone in the crowd. You could hear the strains in Le’aupepe’s handsomely throaty croons of the tragedy — still, obviously, very near in his memory.

It was in these moments, the ones between the brazen avalanches of singed guitars and unapologetically barbaric bellowing of “Strange Diseases” and “Restraint and Release” — between Le’aupepe’s ardent shaking, jumping, sensual hip-swaying, and possessed gesticulations — that the vulgar altruism of their honest portrayals (both of themselves and the world around them) truly broke the mold. “I’m not asking you for answers/I’m not asking of you things that we can’t change/But you brave and burdened starlet/I am asking you to shock yourself awake,” his hoarse screams were shrill and uplifting on “Restraint and Release,” as the distress and agony of his former relationship hemorrhaged between an oil-slick of flammable guitar licks.

Reaching out to touch the crowd, grasping for their hands, ruffling their hair and brushing their cheeks — Le’aupepe awkwardly, but with gushing sincerity tried to translate his affections, his fears, his mistakes, and the cruel lessons of his life’s consequences to the people he was singing to. It was as if he was afraid his words would fail them. Speaking directly to young people, of which it’s easy to forget Le’aupepe is himself, he spoke briefly about a revelation one night on the Brooklyn bridge, where he discovered the meaningless of existence and the cruelly, beautiful challenge we have as human beings to prescribe our own meaning to life.

A scorching performance of “Magnolia,” by far one of the band’s masterpieces and an unruly gift to rock, was the “holy shit” moment of the night, with Le’aupepe jumping onto the Constellation Room’s bar counter during the song’s upbeat guitar rumblings to dance like a madman. He then tossed his body into the crowd, grabbed someone’s phone, took a quick selfie, and reached out affectionately in his daze to dance with a few fans, twirling them in his arms, before jumping back onstage. An anthem to the band’s expose on their fatalistic and gritty views of adolescence, as well as a sad narrative of the night Le’aupepe was taken by his friends to the hospital out of fear of his own safety, it was hard not to scream along, tooth-and-nail, to the song’s pulverizing chorus: “There’s no way tonight/As far as I know/That heaven will take me/So I’m staggering home/Wretched and wild/All glory and trash.”

Le’aupepe does little to romanticize his faults and many crises, but rather offers them up in all their grueling, unfiltered wonder. As the twinkling medley of “Vital Signs” signaled the closing of the night, it was hard not to find yourself quietly elated, despite (or perhaps, because of) the hard-hitting melancholia of their hot and heavy numbers. It was cathartic yes, but Le’aupepe didn’t just offer us an outlet for our own troubles. His forthright vents onstage were surreal confessions, as if the songs themselves weren’t catharsis enough, he needed conversation and meaningful connection with the people who were listening to them as well. From that shy, marching-band romp of keyboards and percussion, the song escalated into a rabid expulsion of desperation and belief. It then launched forward on a meteoric barrage of drums and charred riffs, and throughout the climax, until he walked almost reluctantly offstage, Le’aupepe searched for restraint, release, and meaning in us as much as we did in him.

Oakland natives Waterstrider opened the night with their rhythmic take on blues-infused folk. A large collective of multi-instrumentalists, the six-piece entertained the handful of lucky early arrivers with the atmospheric meanderings of songs like “Constellation,” while lead singer Nate Salman dazzled with his ethereal croons and distorted bemoans. 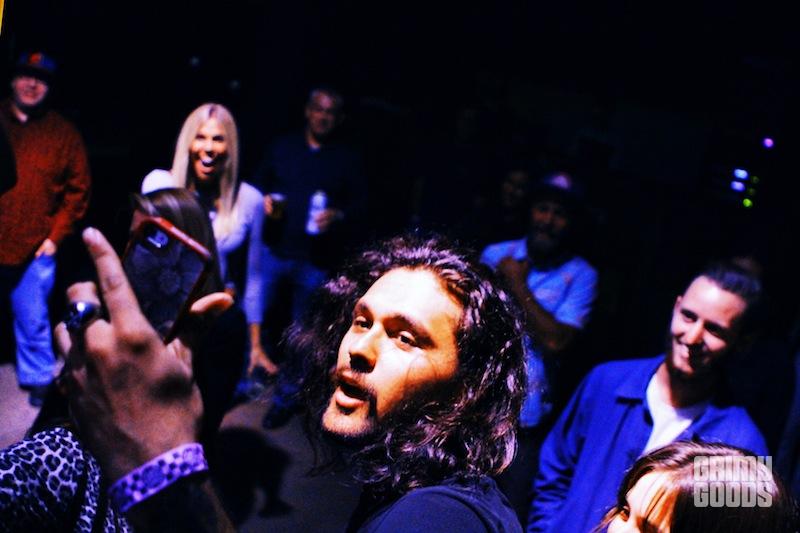 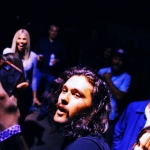 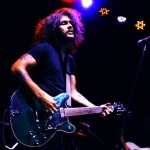 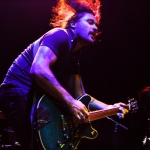 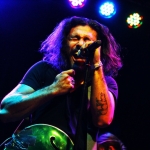 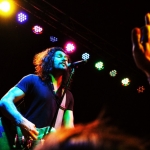 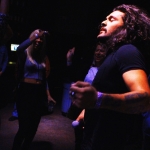 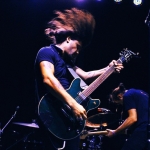 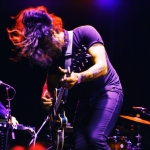 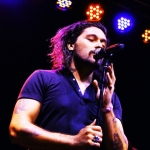 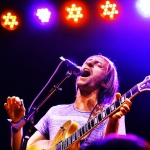 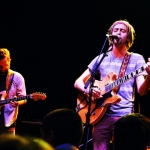 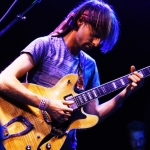 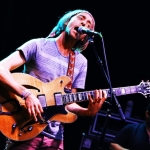