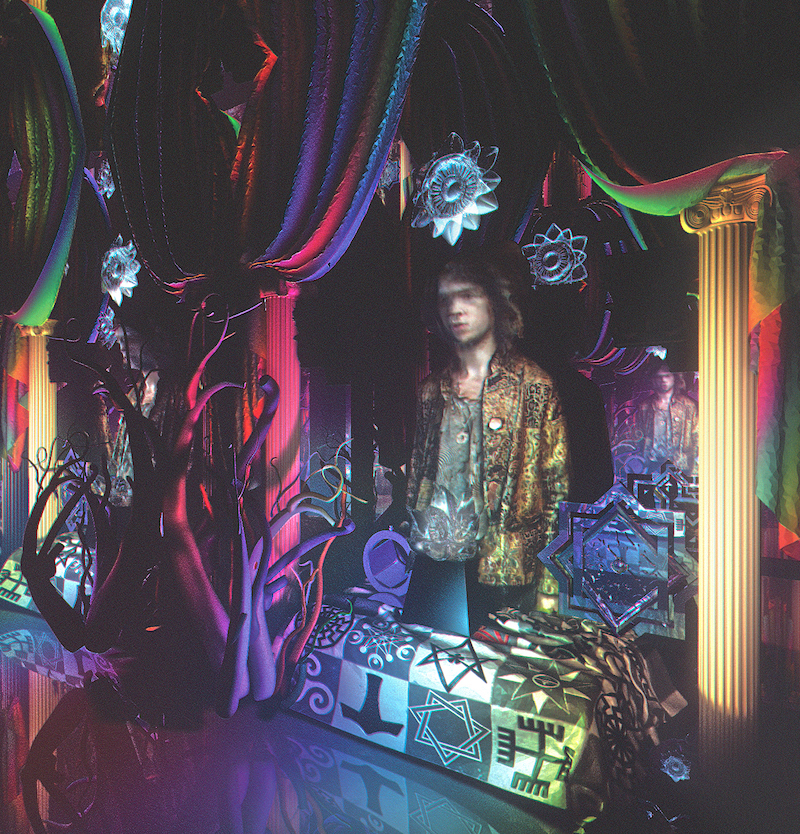 Los Angeles purveyor of psychedelic splendor, Vinyl Williams has shared a new single titled “Riddles of the Sphinx”. With a brilliant visual companion designed by Williams himself, the new track is available to stream below.

“Riddles Of The Sphinx” is the first song reveal off Vinyl Williams’ forthcoming album Brunei. Full of otherworldly sounds, “Riddles of the Sphinx” is a relaxing electronic space odyssey. Watch the video while listening to the new tune and let the vibrant art work float your mind to another dream world created by Williams.

Brunei is set for release August 26 on Company Records, the label founded by Chaz Bundick of Toro Y Moi/Les Sins, who’s also featured on the new album. Holding a close connection to Wiliams’ childhood, “As a child, Williams was fascinated by the appearance of the Brunei dollar, which years later on the new album, inspired development of a mysterious civilization centered around pure harmony. The translucent, rainbow, and prismatic piece of currency looks the way Williams’s music is intended to sound.”

To celebrate the new album, a unique new point-and-click website was made just for the album. Visit the site here and take a stab at discovering and unlocking new tracks from the album.

Take “Riddles of the Sphinx” for a pleasure ride below. Brunei is available for pre-order here. Every pre-order receives an instant download of Vinyl Williams’ new single “Riddles Of The Sphinx.”