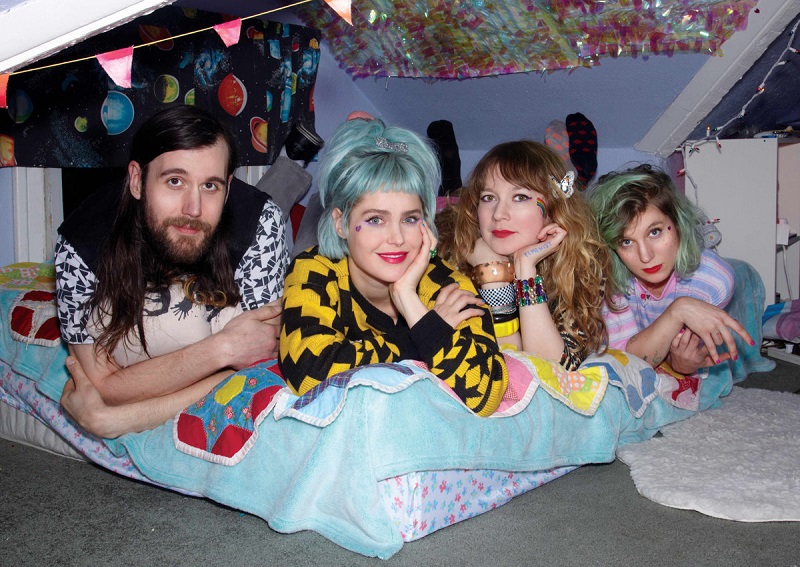 As the ninth year of being in a pop punk feminist band rolls around, Tacocat brings us their newest release, Lost Time. The album features songs such as “Plan A, Plan B” and “Men Explain Things To Me”, emphasizing their take on feminist themes. You can hear new tracks from the album and more as they headline The Echo on Tuesday, July 19th! The Regrettes and French Vanilla support.

Tickets to Tacocat at The Echo are priced at $5.50-11.50, show starts at 8:30 pm, and the event is 18-and-over. You can purchase tickets or try and win a pair of tickets with us by entering the contest below!

First make sure you’re following Grimy Goods on Twitter here and/or “like” our Facebook page here. Next, email ggcontests@gmail.com with your full name for guest list and a clever reason why you want a pair of tickets to Tacocat at The Echo. When you’re done with your email, send us a Tweet so we know you entered the contest or you can post on our Facebook wall. We’ll select a winner that has done all of the above mentioned. Winners will be announced via email, Facebook and Twitter on Tuesday, July 12th. Winners will have until 10 am Wednesday, July 13th to reply back to our email and confirm their win.

FACEBOOK: Just leave a comment on our wall letting us know you entered our contest for tickets to Tacocat at The Echo on July 19!

The Regrettes – A Living Human Girl