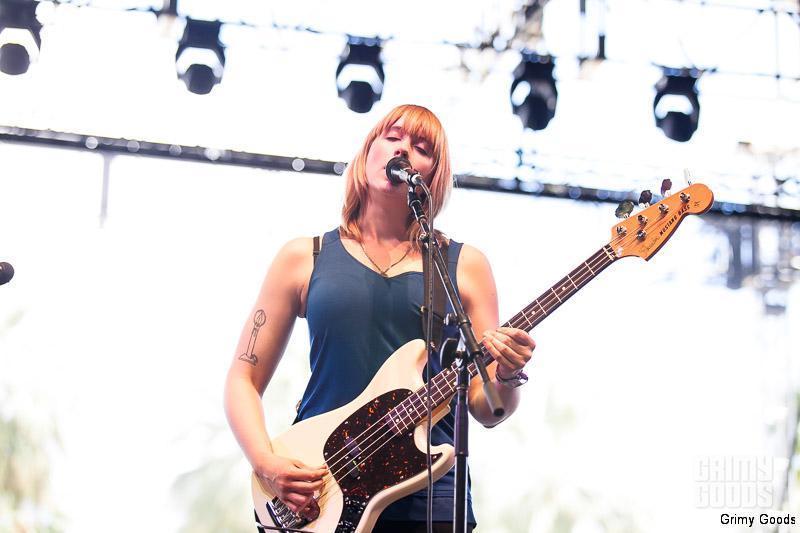 Wye Oak fans get stoked! It’s been two long years since Baltimore indie rock duo Wye Oak wowed us with their critically acclaimed album Shriek but the wait for new music is now over! We’re excited to welcome them back to Los Angeles where they’ll be headlining Teragram Ballroom on Saturday, July 16th, playing a fresh collection of songs, dubbed Tween, including the infectious first single “Watching the Waiting.” TUSKHA (aka Phil Moore of Bowerbirds) will be kicking off the show with songs from his debut self-titled album.

Tickets to Wye Oak at Teragram Ballroom are priced at $20, show starts at 9:00 pm and this show is All Ages. You can purchase tickets or take a stab at winning a pair with Grimy Goods below!

First make sure you’re following Grimy Goods on Twitter here and/or “like” our Facebook page here. Next, email ggcontests@gmail.com with your full name for guest list and a clever reason why you want a pair of tickets to Wye Oak at Teragram Ballroom. When you’re done with your email, send us a Tweet so we know you entered the contest or you can post on our Facebook wall. We’ll select a winner that has done all of the above mentioned. Winners will be announced via email, Facebook and Twitter on Thursday, July 14th. Winners will have until 10 AM, Friday, July 15th to reply back to our email and confirm their win.

FACEBOOK: Just leave a comment on our wall letting us know you entered our contest for tickets to Wye Oak at Teragram Ballroom on July 16!