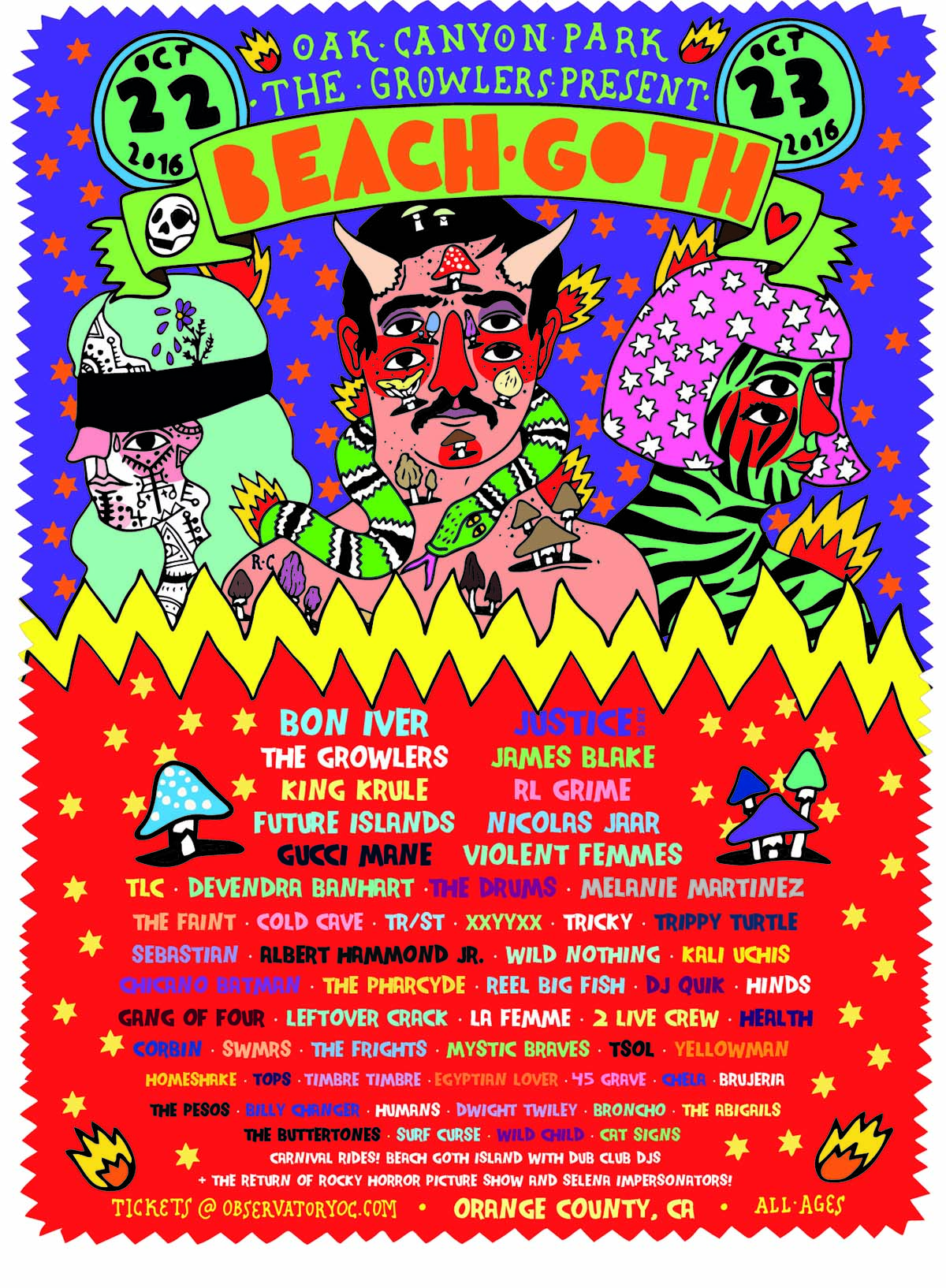 Check out our photos and review from Beach Goth Day 1!

The Growlers have announced the lineup for their annual Beach Goth festival. Taking place in its new home at Oak Canyon Park in Orange County, Beach Goth 2016 will pop off Saturday, October 22 and Sunday, October 23. The new venue is located on Lake Irvine in Silverado,  just ten miles east of the original Santa Ana location in Orange County, only one hour south of Los Angeles.

Two-day passes to Beach Goth 2016 at Oak Canyon Park are priced at $150 and the event is all-ages. VIP passes and merch bundles are also available. Tickets go on sale this Friday, July 15 at 10AM!

Additionally, The Growlers have revealed a forthcoming album coming this fall via Julian Casablancas’ Cult Records. Fans who purchase a ticket to Beach Goth will have the opportunity to pre-order a digital copy of the album.

GET TICKETS TO BEACH GOTH 2016 AT OAK CANYON PARK!

The Growlers – One Million Lovers (OFFICIAL)