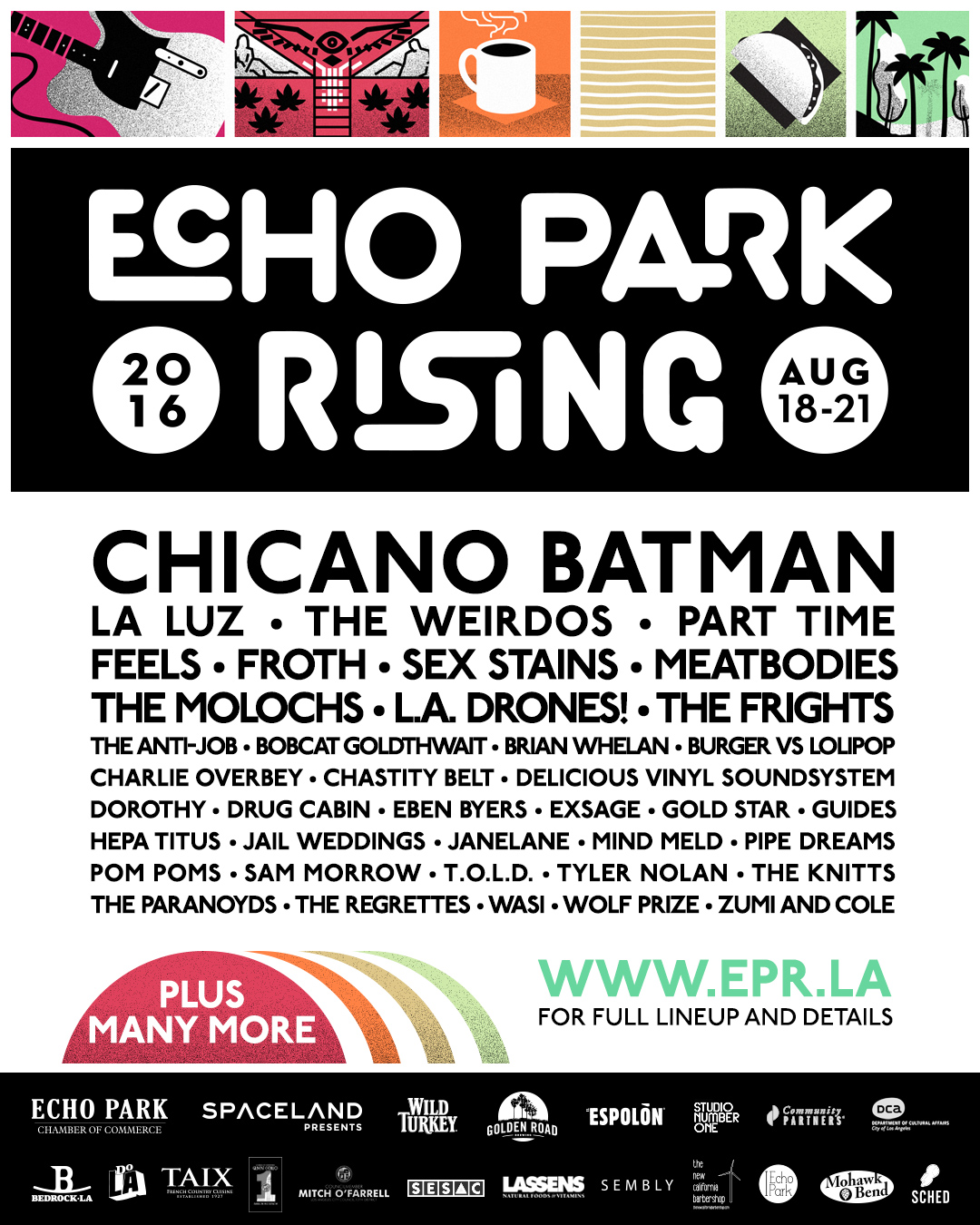 Back for another run in East Los Angeles, Echo Park Rising returns August 18 – 21 in Echo Park. What started as a small pop-up festival directly after Sunset Junction called it quits, has now grown into a massive four-day event spanning local venues and businesses across Echo Park. As always, all of Echo Park Rising is FREE!

For Angelinos, it’s a neighborhood event to see many of our friends and favorite local bands take the stage in a city we call home. For those visiting Los Angeles, it’s the best way to experience the Los Angeles local and underground music community. Echo Park Rising is a true and authentic music experience that should not be missed.

New this year, Echo Park Rising will feature a family stage for kids. Organizers have also worked towards putting “Girls To The Front.” Sadly, many music festivals don’t feature enough female-fronted acts, let alone bands with women in them, but this year’s Echo Park Rising is trying to change that.

“In addition to adding a family stage for kids, I felt that it was time that a festival genuinely puts ‘Girls to The Front’ with women-fronted bands, La Luz, Dorothy, Feels, Sex Stains, Shannon Lay and Jaime Wyatt. It’s rare that any festival showcases female musicians and DJ’s so this year I wanted to take this opportunity to highlight the talented women who rock the music industry and Echo Park Rising,” says Elizabeth Garo VP of Talent for Spaceland Presents.

While an abundance of music will be happening just about everywhere in Echo Park, festival-goers can also look forward to the outdoor main stage at the intersection of Liberty and Reservoir which will act as street festival destination. From viewing areas to craft beer gardens, vendors and food trucks— this is where a lot of the action goes down at Echo Park Rising. Additionally, this year’s Echo Park Rising introduces two new performance venues, The Semi-Tropic and The Whisperer.

While Echo Park Rising is a FREE and all-ages event (some locations with alcohol are restricted to 21+), festival attendees also have the option to upgrade their experience and purchase VIP tickets. Echo Park Rising VIP weekend tickets are priced at $21-$30 and include: Access to VIP viewing areas, skip the line, easy bar access + goodie grab bag (while supplies last). Get your VIP tickets to Echo Park Rising here!

Take a look at photos from the Grimy Goods stage at last year’s Echo Park Rising! See you in a few weeks!