Thursday night at the Bootleg was a trove of fresh talent. Three solid acts, culminating with Australian folk pop duo Oh Pep!, all commanded the stage with their unique touches on acoustic and folk rock. This was my third time seeing these Aussies, and I have to say that the third time really is the charm.

Psych oddity Send Medicine opened the night, with a ragtag group that looked like they permanently live on the set of their “Baby’s Coast” video. That’s to say they look like desert nomads, who may have wandered into the Bootleg, found some instruments, and made the most out of it. Their set included a number of jumbled psychedelic and folk rock melodies, some songs feeling more disjointed than others. Their second to last track began as a methodical ballad and morphed into a dancier indie rock jam, all with a message rivaling the terror featured in “Fire Coming Out of the Monkey’s Head” by Gorillaz.

Immediately following Send Medicine came Paul Bergmann with his “temperamental” guitar. His set was so wonderful that it’s difficult to articulate; Bergmann has the commanding vocals of Rufus Wainwright and the whistling skills of Andrew Bird, topped off with the demeanor of your best hometown friend. “Wanna hear a dirty joke?” Bergmann asked us between songs. He tuned his guitar as we laughed at the punchline, then continued his set of touching tracks about losing love and considering the worth and weight of existence. Luckily he is holding his record release show at the Bootleg on August 30th, so if you want to see this gorgeous songwriter yourself, you won’t have to wait too long.

I mentioned I’ve seen Oh Pep! a few times in the past, and they never fail to impress me. Now that I’ve heard (and subsequently memorized) their debut album, Stadium Cake, I had even more of a blast singing along to each tune. Pepita Emmerichs beyond killed it on the mandolin and violin, sometimes switching between them mid-song, slinging the other on her back. The whole band seemed to be enjoying themselves, vocalist Olivia Hally most of all, who grinned through most of their set. At one point, when we were clearly having too much fun, Liv told us to send sad vibes so they may play a more authentic rendition of “Crazy Feels,” one of their more serious numbers. It was satisfying to hear other stand out tracks from Stadium Cake, such as “Only Everyone,” “Happenstance,” and the beautifully enduring “Tea Milk and Honey.”

All of the tracks Oh Pep! played were from their new LP, so I was familiar with their entire set, but that’s not to say that it was in any way predictable. They seemed relaxed and in their element, with each player bringing a great energy to the performance. And that’s despite how brutal tour life has probably been on them, after traveling for two months straight.

Most surprising of all, though, was what they had for merch: egg cups. “They also double as shot glasses,” Liv added, as most of the crowd didn’t seem too enthused about eggs, myself included. And to be quite honest, I still regret not buying one. Support Oh Pep! by getting their album or one of their multi-purpose egg cups at their live show- don’t be a fool like me. 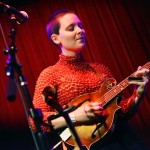 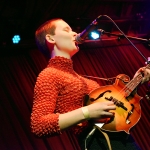 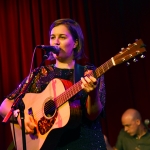 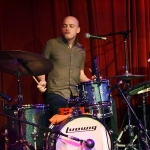 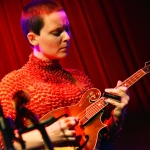 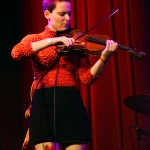 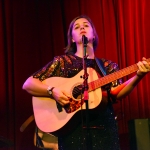 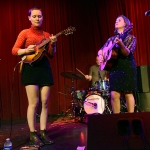 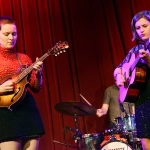 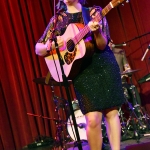 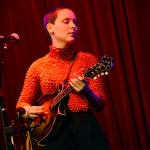 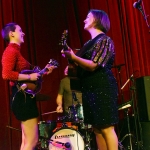 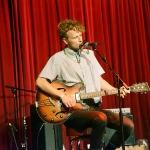 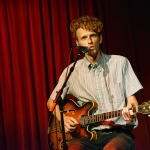 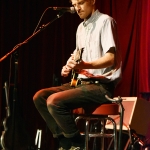 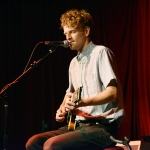 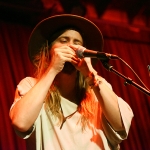 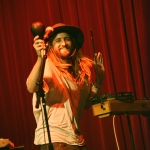 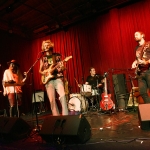 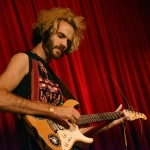