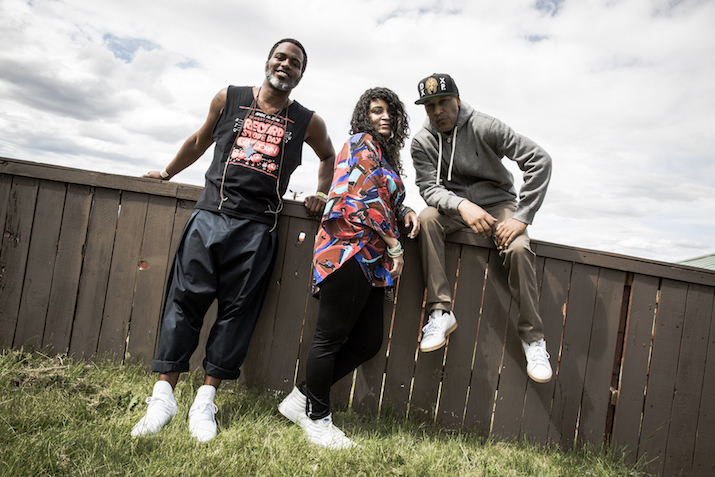 ’90s alt hip-hop trio Digable Planets are reunited and touring with their original lineup for the first time in eleven years! Count your lucky stars L.A. as they’re playing two back-to-back nights on Sunday, August 21st and Monday, August 22nd at The Regent Theater and Grimy Goods is giving away tickets to their show on Sunday, August 22nd! Hear all the classic jams such as “Rebirth of Slick (Cool Like Dat)” from their debut Reachin’ (A New Refutation of Time and Space) live. Time to kick it old school! Cutting edge Bronx hip-hop duo and slang originators Camp Lo support both nights.

Tickets for Digable Planets at The Regent Theater are priced at $27.50-32.50, show starts at 8:00 pm, and the event is 18-and-over. You can purchase tickets or try and win a pair of tickets by entering the contest below!

First make sure you’re following Grimy Goods on Twitter here and/or “like” our Facebook page here. Next, email ggcontests@gmail.com with your full name for guest list and a clever reason why you want a pair of tickets to Digable Planets at The Regent Theater. When you’re done with your email, send us a Tweet so we know you entered the contest or you can post on our Facebook wall. We’ll select a winner that has done all of the above mentioned. Winners will be announced via email, Facebook and Twitter on Wednesday, August 17th. Winners will have until 10 am Thursday, August 18th to reply back to our email and confirm their win.

FACE BOOK: Just leave a comment on our wall letting us know you entered our contest for tickets to Digable Planets at The Regent Theater on Aug. 22!

Digable Planets – “Where I’m From”