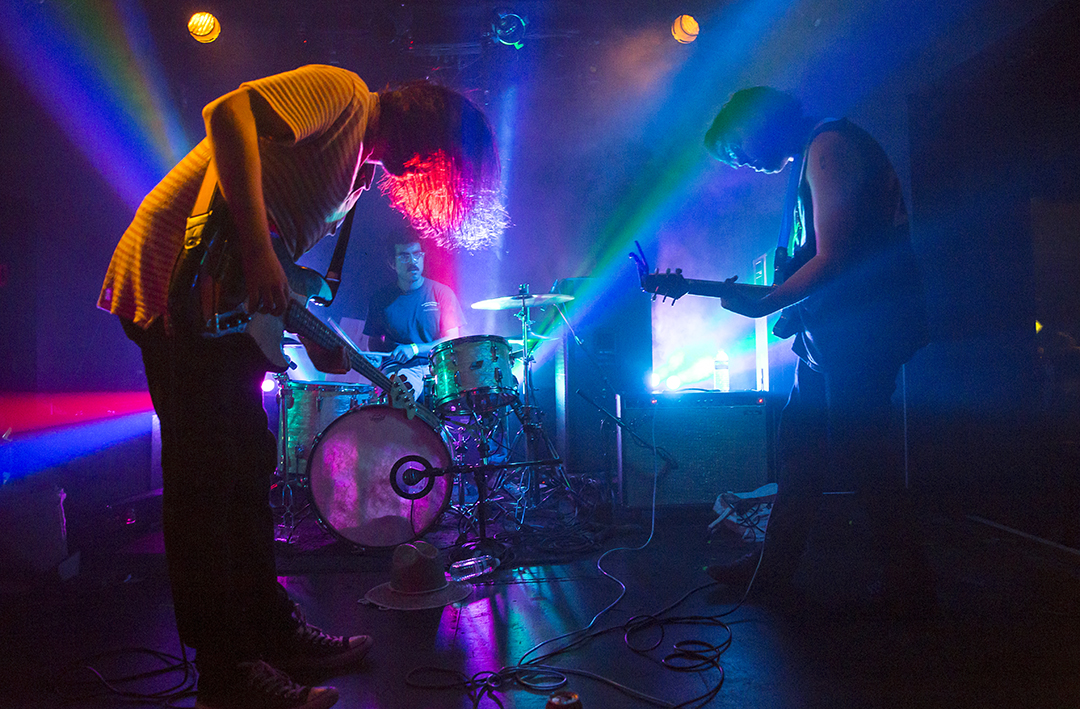 Elvis Depressedly at The Echo

The Echo has hosted North Carolina indie rockers Elvis Depressedly many times, and that’s just in the past two years. They returned for a sold-out show on Wednesday night, on a summer tour with Teen Suicide and Nicole Dollanganger to support the California Dreamin’ EP they released in June. The Echo became a DIY heaven.

Dollanganger opened the night with crisp, booming guitars and a loud crowd to match. The house filled up as soon as she stepped onto the stage, everyone clearly as excited or possibly moreso than they were for either of the two headliners. Dollanganger’s sound is perhaps closer to the emo side of the spectrum of DIY bands than I would have liked, but can’t blame a girl for doing her thing; she did more than warm up the crowd, convincing me that she was actually the third headliner, and not an opener as she was billed.

As for the two main acts, Teen Suicide took the stage first after Nicole Dollanganger. The bassist was curiously front and center while the lead singer and backup vocals flanked him on either side. Their set was hardcore, assaulting the speakers and my eardrums with the noise that was created from playing a few guitars and drums at max volume and max speed. If they played longer shows, Teen Suicide could probably rival the lengthy setlists from even The Ramones, who of course based their entire discography on songs that are under three minutes long. 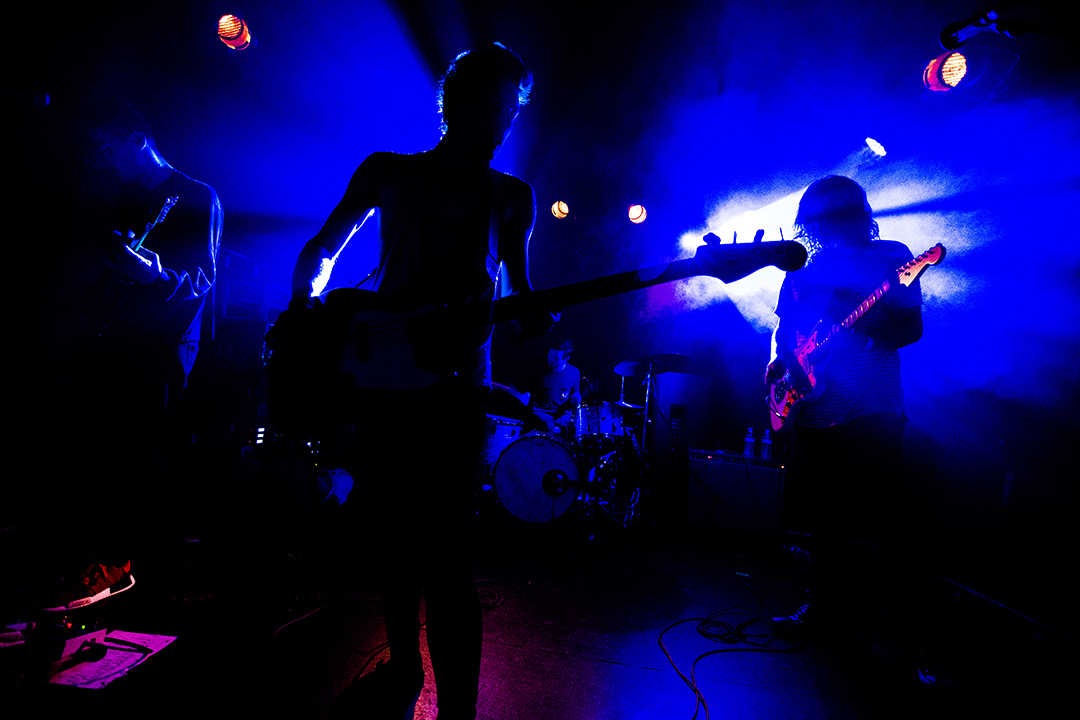 Teen Suicide at The Echo

By the end of their set, most of the audience had squeezed itself into the ten feet or so directly in front of the stage, creating a solid mass of people thrashing to the music. I don’t attend many DIY punk performances at the Echo, but I have been subjected to the mosh pit before. During their performance about a year ago, Ought briefly stopped playing to tell people to be careful- but to be fair, that sort of rough housing doesn’t quite fit the Ought brand of thoughtful heavy art rock. But Teen Suicide could give a damn. Their lead singer mumbled through his audience small talk, with empty appreciation and tangible self-loathing sounding more like a Seinfeld skit.

I was very much looking forward to the final act, which would take us to a tamer side of DIY. Before Elvis Depressedly came out, I noticed that they sent out a cute little tweet reading: “hi I’m high.” When they took their places, lead vocalist Mathew Lee Cothran went up to his mic to ask us how we were doing, slurring his words. The whole night he kept engaging us, clearly enjoying his time onstage and completely shattering my image of the sad rock duo that their name and music had implied. That’s my mistake for never having seen them live before.

Elvis Depressedly took the untethered energy of Teen Suicide’s performance and channeled it into a coherent set of slowcore, which sometimes did still get pretty loud. With a crowd as riled up as this one was, it made sense to hear them turn some tracks screamo. For their encore, they came out to do a rowdy rendition of “rock n roll,” and finished the night strong. Everyone had so much fun that I’m not sure the title Elvis Depressedly even still applies.

Elvis Depressedly continue their joint tour with Teen Suicide and Nicole Dollanganger along the west coast; get your tickets at summertimeinhell.org.