As the bread-and-butter of Los Angeles’ music scene, residency shows are the most common way of pushing new talent into limelight and as (typically) free events, they’re an unmissable opportunity to find yourself in the underbelly of the city’s ever-churning pool of soon-to-be breakout artists. Held in the humble confines of bars and clubs like The Echo and Hotel Cafe, there’s usually three or four residencies going on every month if you look closely enough–and September’s must-see is undoubtedly PAPA’s take over of the Bootleg Theater. Seasoned players of small, bar-like venues like the Constellation Room and Roxy, Darren Weiss and Danny Preasant made themselves more than at home as the Bootleg filled to an almost claustrophobic state. But to say their set went off without a hitch would be a crime against the duo’s vehemently raw and emotionally gutting disposition.

Only a few songs into their set, Preasant started to have technical trouble with his bass–and over the course of three songs, he frustratedly and systematically checked his connection, switched out amps, and eventually unplugged his pedal, in order to attempt to solve the issue. While this slowed the tempo of the show, which had already began to pick-up with hot and funky performances of “Hold On” and “If You’re My Girl, Then I’m Your Man,” Weiss dutifully kept the momentum afloat by inviting any fan willing to come onstage and sing. “Anyone here ever dream of being the lead singer of PAPA? Well now’s your chance,” he told the crowd, and when a slightly inebriated fans started pointing to himself, Weiss sarcastically admonished him by telling him to stop pointing to himself and just get onstage: “You think Obama pointed to himself and said ‘I wanna be President. No, he made that shit happen.” Once Preasant’s perseverance, and in turn ours, was finally rewarded with the sounds of his bone rattling bass on “Comfort’s a Killer,” PAPA dived head first into a devilish rush of both old and new tunes. Preasant then confessed to the crowd that he felt like a virgin having his first go at sex, and felt like he’d already fudged it up: “Are you guys still with me?” Oh, of course we were. As promised by PAPA when we last spoke to them, the sonic and emotional divide between their Tender Madness and Kick at the Dust material was palpable, and it sizzled and crackled as Weiss ripped through the ferocious percussiveness but viscerally funky “Eat My Radio” and “What Good Is the Night?”

As blithely unpolished as ever, the boys of PAPA have managed to evolve and flesh out their live show by adhering to the idea that less is more–adding only a keyboardist and back-up singers over the years. At center stage behind his drum kit Weiss remains the centripetal force from which the band borrows its energy, and the bearded percussion-meister has always been more than just a silver-tongued crooner banging on his cymbals. As the band’s lead vocalist, he flirts with the riled-up insanity and poise required by his dual position, while to his left, Preasant rips apart his bass with that now signature arm-throw of his, dancing around and making eyes at the crowd. The duo’s back-up singers, angelic carolers that punctuated Weiss’ baritone lulls with their own gorgeous trills, stand on elevated platforms in the corner of the stage charming the crowd into almost yearning for more prominence of their dulcet cries. Per-usual, the crowd sweated it out with PAPA, burning their love-aching down to the nerves with every hot-headed percussion tumble and warmly-glowing riff.

The “funk-master” (as Weiss so tenderly referred to him as) Maxim Ludwig helped “fuck-up” (as he so eloquently put it) the stage before PAPA’s performance, knocking over his beer multiple times with his erratic dance moves. A fellow Hit City USA label-mate, Ludwig brought a cathartic level of rhythm and blues to band’s residency, storming the stage with a large collective that included two exceptional saxophonists blaring out a groovy emphasis to the singer’s suave tunes.

Noisy rock outfit Green Gerry prepped the Bootleg early in the night, setting the night’s electric tempo with their synth-heavy, punk-meets-hazy-pop sound. Stylistically and performance wise, the band, which revolves around the talents of lead singer Gerry Green, was the stand-out act that night because of their insatiable energy. Flailing his arms and shaking his maracas like a madman, Green screamed into his mic as weirdly distorted guitars buzzed in delirious melodies, somewhere between jubilant incoherence and quirky fluency. 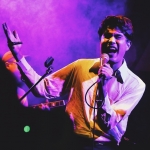 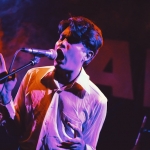 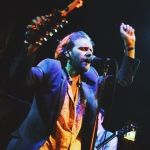 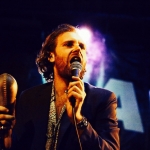 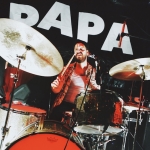 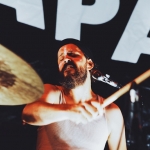 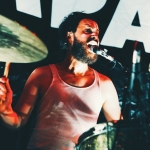 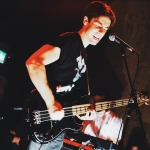 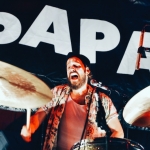 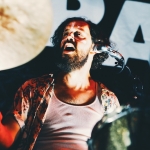 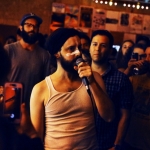 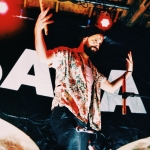