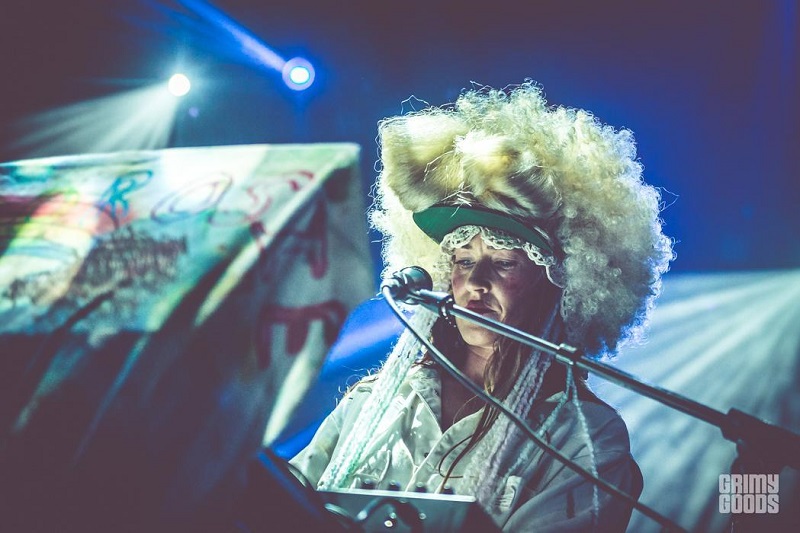 This upcoming Halloween will feature the Casady sisters Bianca “Coco” and Sierra “Rosie” headlining the Fonda Theatre. As youngsters, their mother’s lifestyle forced them to move around alot, leading them to lose contact as adults. In 2003, they reunited in Paris becoming inseparable as they worked on their debut album La maison de mon rêve. This past year CocoRosie released their sixth album Heartache City, a magical soothing experience we witnessed live. If you missed them back then, now is your chance! Dinner and Busdriver support.

Tickets to CocoRosie are priced at $31, doors open at 8:00 pm, and the event is All Ages. You can purchase tickets or try and win a pair of tickets by entering the contest below!

First make sure you’re following Grimy Goods on Twitter and/or “like” our Facebook page or Instagram. Next, email ggcontests@gmail.com with your full name for guest list and a clever reason why you want a pair of tickets to CocoRosie at The Fonda Theatre. When you’re done with your email, send us a Tweet so we know you entered the contest or you can post on our Facebook wall. We’ll select a winner that has done all of the above mentioned. Winners will be announced via email, Facebook and Twitter on Saturday, October 15th. Winners will have until 10 am, Sunday, October 16th to reply back to our email and confirm their win.

FACEBOOK: Just leave a comment on our wall letting us know you entered our contest for tickets to CocoRosie at the Fonda Theatre Oct. 31!