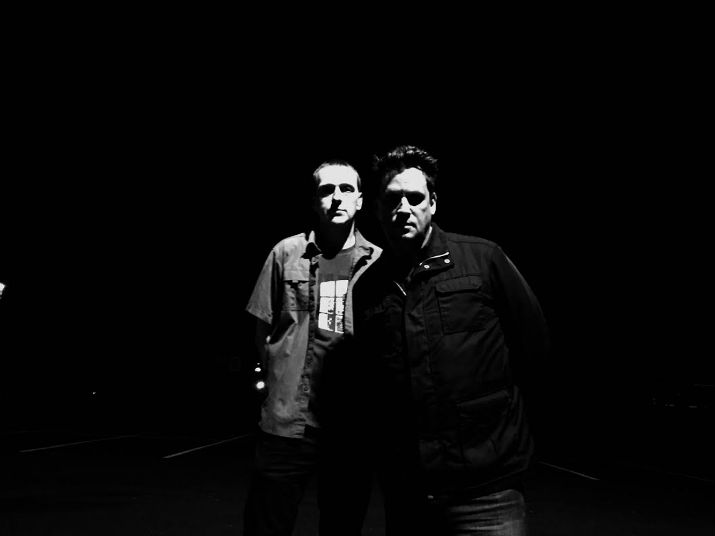 Justin Broadrick of Jesu and Mark Kozelek of Sun Kil Moon have teamed up and released a collaborative debut self-titled album that dropped in late January 2016. The album features guest appearances from indie rock greats such as Isaac Brock of Modest Mouse, Rachel Goswell of Slowdive, members of Low and more. Concert-goers can relish in the new tunes when they headline The Regent Theater on Thursday, November 17th. Word is that the dynamic duo are working on a follow up record, due out in 2017, titled 30 Seconds To The Decline of Planet Earth which features the single “Needles Disney World.” Los Angeles fans just might be lucky enough to get a sneak preview. Fingers crossed!

Tickets to Jesu / Sun Kil Moon at The Regent Theater are priced at $24.50-42.50, show starts at 8:30 pm, and the event is 18-and-over. You can purchase tickets or try and win a pair of tickets by entering the contest below!

First make sure you’re following Grimy Goods on Twitter here and/or “like” our Facebook page here. Next, email ggcontests@gmail.com with your full name for guest list and a clever reason why you want a pair of tickets to Jesu / Sun Kil Moon at The Regent Theater. When you’re done with your email, send us a Tweet so we know you entered the contest or you can post on our Facebook wall. We’ll select a winner that has done all of the above mentioned. Winners will be announced via email, Facebook and Twitter on Tuesday, October 18th. Winners will have until 10 am Wednesday, October 19th to reply back to our email and confirm their win.

FACE BOOK: Just leave a comment on our wall letting us know you entered our contest for tickets to Jesu / Sun Kil Moon at The Regent Theater on Nov. 17!