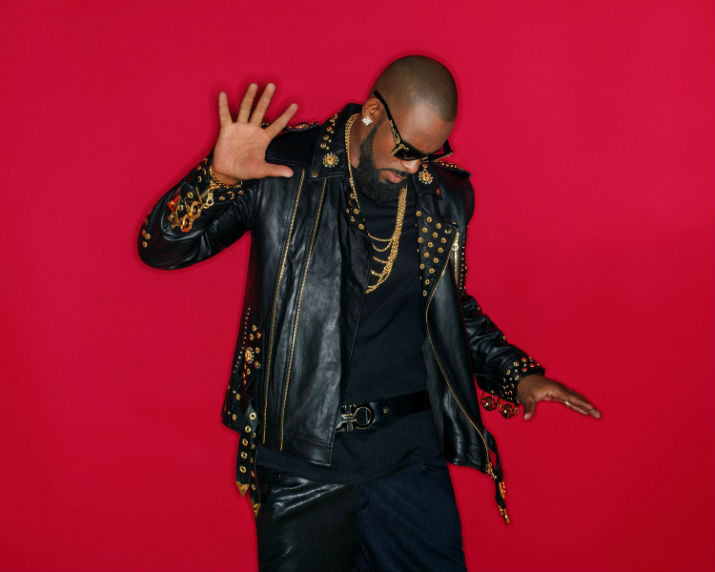 Notorious R&B musical sensation R. Kelly needs no introduction.  Kelly is bringing “The Buffet Tour” to Los Angeles with a headlining show at The Microsoft Theater on Saturday, October 22nd. Hear a smorgasbord of new songs off his 13th studio album of the same name, which includes a platter of savory sounds ranging from pop to r&b to blues and even a hint of country. This all out production will also feature a review of his greatest hits, a live backing band, dancers and surprises only lucky concert-goers will get to witness!

Tickets to R. Kelly at Microsoft Theater are priced at $75-125, show starts at 8:00 pm, and the event is All Ages. You can purchase tickets or try and win a pair of tickets with us by entering the contest below!

First make sure you’re following Grimy Goods on Twitter here and/or “like” our Facebook page here. Next, email ggcontests@gmail.com with your full name for guest list and a clever reason why you want a pair of tickets to R. Kelly at the Microsoft Theater. When you’re done with your email, send us a Tweet so we know you entered the contest or you can post on our Facebook wall. We’ll select a winner that has done all of the above mentioned. Winners will be announced via email, Facebook and Twitter on Thursday, October 20th. Winners will have until 10 am Friday, October 21st to reply back to our email and confirm their win.

TWEET:  Hey @GrimyGoods I wanna win tix to @rkelly on Oct. 22 at the @mstheater in DTLA! http://bit.ly/2ehGigq

FACEBOOK: Just leave a comment on our wall letting us know you entered our contest for tickets to R. Kelly at Microsoft Theater on Oct. 22!