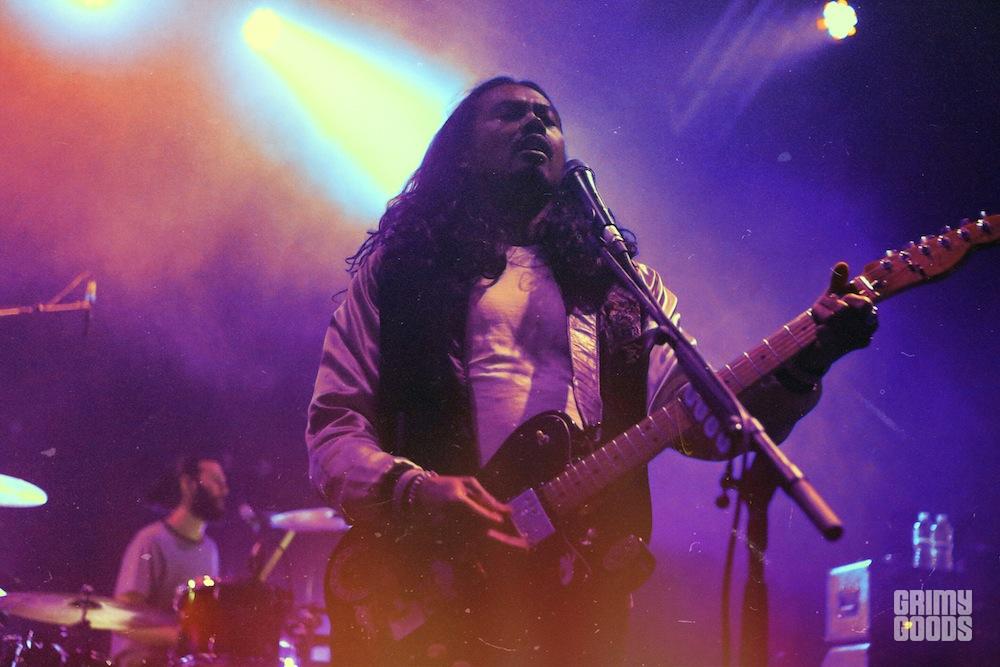 The Temper Trap at The Observatory

For a venue that really likes give the fire marshall a heart attack by packing as many people as they can into one room, the Observatory was woefully empty Monday night as it welcomed back Australian indie-rockers The Temper Trap. The pit, which is typically a tightly squished wall of sweaty bodies for pretty much every show, was surprisingly spacious as fans filled the sparse areas around the stage and busily swallowed as much alcohol as they could find before heart-fluttering crooner Dougy Mandagi stepped onstage. When he finally did, the screams were deafening–some, like myself, had been waiting years for the chance to hear the nostalgia-laden tunes of 2009’s Conditions–so the anticipation wasn’t surprising.

But while much of the night was rooted in fans’ yearning for those early hits, Mandagi and company didn’t hold back on the heavier rock impulses of their recently released album Thick As Thieves. The title song of that album, a bass rollicking ride of anthemic proportions nearly blew out the Observatory’s speakers and had the barricade in front of the stage vibrating, all while Mandagi’s typically high-pitched yells cut through the burnt fog of blistering guitars. Switch-footing a far flung blast from the past and the first Conditions era song to get some air, the pitter-patter of clapped hands announced the beginning of “Love Lost” to ecstatic wails from the crowd. Trotting forward on the delicate murmurs of Mandagi’s vocals, fans sang along to the melancholic soothing of his words, and when that crescendo of inane drumming thundered its way, higher and higher, to that final howling finale–the catharsis washed over you like ice water. 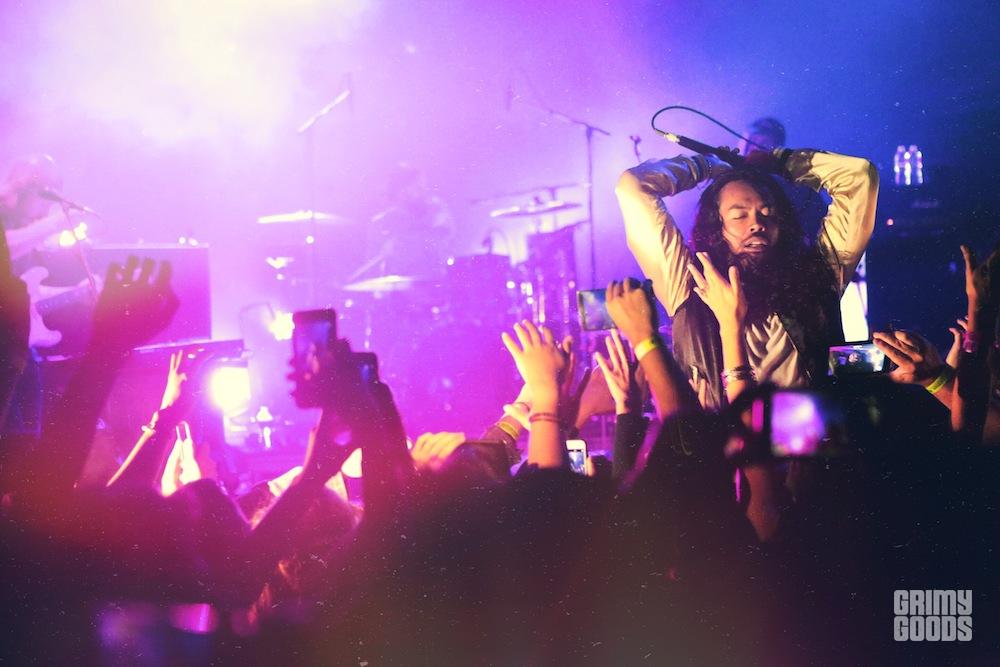 The Temper Trap at The Observatory

They ended nearly ever song like this, carefully stacking the measured climaxes of their songs, letting loose their searing, hot-blooded romanticisms at the very height of the crowd’s frenzy. This, of course, was through no small effort of intimacy on the part of Mandagi; a man who’s voice is the auditory manifestation of Cupid’s arrows. Every tender whisper and euphonious yowl, whether it’s in the slow-burning ballad of “Trembling Hands” or the heart-racing anxieties of “Science of Fear,” Mandagi’s voice cuts deep, and sets your belly ablaze with a heart-wringing courage. At one point he even put the electric dynamics of his voice into physical action when he jumped from his perch and climbed into the crowd, throwing up his hands and singing along with fans.

The night’s deeply awaited finale came in those warmly oscillating riffs that begin “Sweet Disposition,” and before you even had the chance to recover, Mandagi’s heavenly croon was pulling your heart out of your chest and giving your goosebumps some goosebumps. One of the more poignant indie anthems of the late 2000’s, the song hit the Observatory crowd with a tidal wave of waxing wistfulness–there was little you could do in the afterglow of those glistening lulls except shout drunkenly along to the song’s deliriously hopeless dispositions. Diving head first one final time into the outstretched arms of the crowd, swinging his long curls back and forth as he pushed the microphone into their faces so they could bellow out the words with him, Mandagi placed his tattered vulnerabilities once more back into the open hands of his fans. Leaving the walls, the floors, our skin, and the aching hearts on our sleeves saturated with a simple assertion: “Won’t stop ’til it’s over/Won’t stop to surrender.”