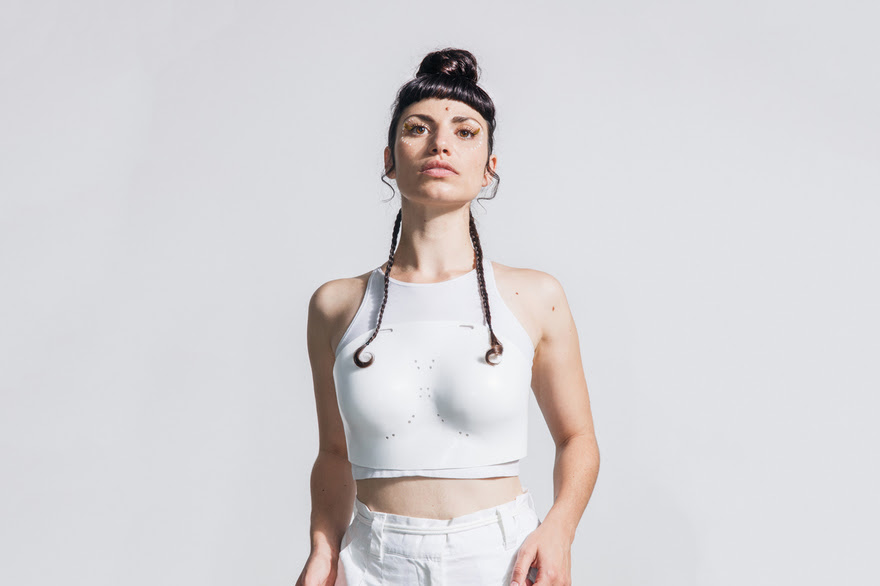 Los Angeles-based Alina Bea has been dropping new singles left and right as part of her singles due in November on New Professor Music. Today the uniquely talented musician has shared her latest single “Take A Bite.” With her signature croon, Bea brings her alternative pop to life with a seducing use of pulsating beats and tender synths. Last week, Bea revealed “Push Back” from the singles collection, and in October she released “Get It Off.” While all three songs are delightfully addictive, we’re really feeling “Take A Bite” and its many layers and emotions. This new group of singles stand as a preview to Alina Bea’s forthcoming debut album.

In the vain of other powerful female leads such as St. Vincent, Jenny Hval, and Bjork — Bea enchants with her vocals, and keeps the sound edgy and progressive with her experimental blend of sounds. With Bea’s debut EP, Live Undone representing the tumultuous end of her prior band, and a past relationship — Bea splashes into a rebirth with her new singles collection, and “Take A Bite” sees Alina Bea shining in all her empowered glory.

Featured as one of Grimy Goods’ best underground shows of the month, Alina Bea will be at the Bootleg Theater every Monday this November. The month-long residency is FREE to attend, and comes highly recommended. Her full residency schedule, including supporting acts, can be found here. You can stream and purchase Alina Bea’s music, including her new singles via her BandCamp page.