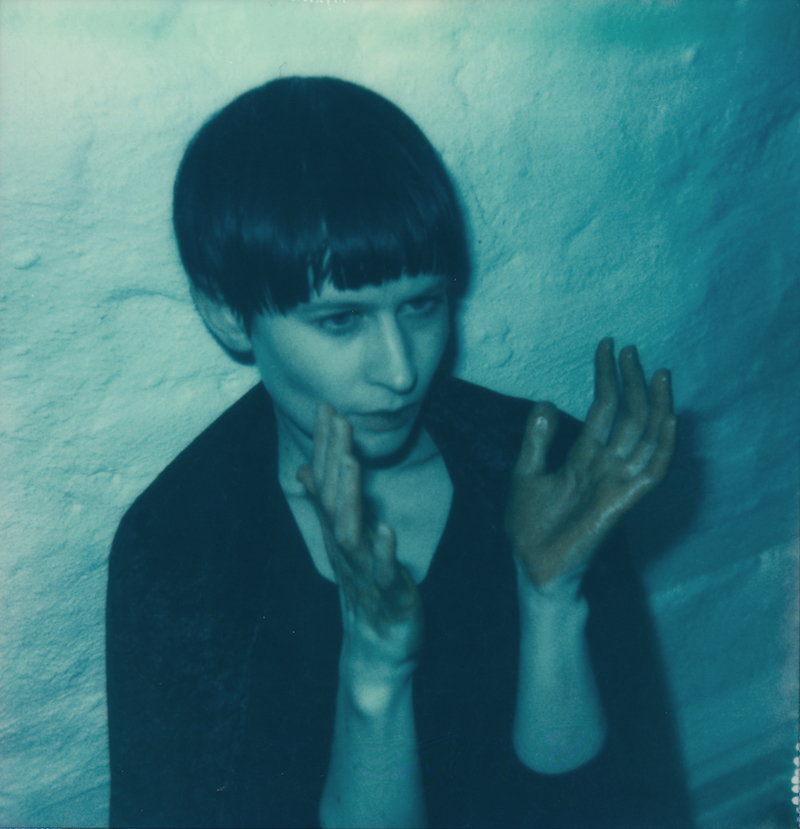 This week marked the first since daylight savings time ended. We are in the middle of an extreme second summer, and yet the days are dark before I even have a chance to enjoy the sun. After Tuesday, it feels like a metaphorical darkness is also here to stay, and it seems that no one in our firmly blue city is immune to it. For Resident’s #feministfriday, Dinner and Jenny Hval had different ways of helping us to cope, united by the magic and power of music.

Just like I was taught at Catholic primary school, we all gathered to say grace before our first meal of the night. Marked by a baseball hat that read, “HI I’M DINNER,” Danish producer Anders Rhedin hopped onto the stage and immediately sat down to meditate. Under his hat he had tucked a shimmering shroud that appeared more like a helmet as he sat still, eyes closed, somehow finding mindfulness in a scratched and skipping rendition of “Walking In LA.” The crowd flooded the room to view the silent spectacle and subsequently grew restless.

Eventually he jumped up, took the mic, and initiated a loud, pulsing house bassline. He swayed from side to side, and reflected on how shitty of a week it had been for us. The crowd remained fairly somber, and he continued by insisting that we should let the music cleanse us. The house beat persisted. And then the show really began.

Though his music is more structured than Hval’s, I still feel that Dinner was a perfect opener that night. His live performance demanded crowd involvement that connected us to him and to each other. We reached for the ceiling, held hands, and all sat in a circle facing the middle of the room. There, he stood for a song called “Girl” where he had a spotlight shining on him from above; it was a purposeful moment in a carefully curated performance. When onstage, he usually had some structured movements going on, though to call it choreography might be a bit too strong; it often looked as if he learned how to dance in robot zumba class. But everything about his performance was completely genuine and I loved every second of it. 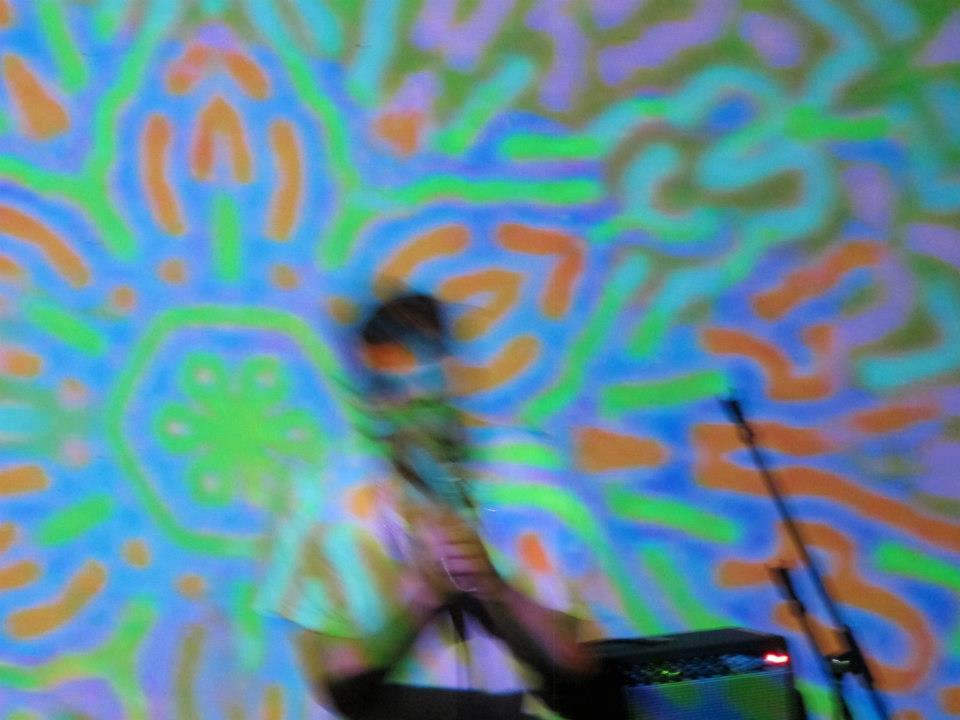 Between sets, our excitement had subsided, cooling us down from the marathon of Dinner. Think of it as wiping the slate clean, preparing for what lay ahead with Jenny Hval. When she stepped out to start her show, she also began by lamenting Tuesday’s events, mentioning that she wished she had been able to perform at a protest in the city. That would have been incredible, and I hope at some point on her west coast tour, she is able to perform under those circumstances; her experimental feminist music has never felt so applicable. Her most recent album, Blood Bitch, is a distinct work, self-described as being about vampires and menstrual cycles (“the source of life”). Since Hval is a performance artist first and foremost, there is undeniable significance to how she chooses to physically embody a record’s worth of songs about periods.

This show at Resident felt like it was done in several acts, with plot points propelled by props and transitions in the form of drone-ambient lullabies and shrieks. Toward the end of one of the first few tracks of the night, she placed the mic on a pad of paper where she scribbled until the music faded out. The sound of the pen on paper carried through the room but she never showed us the final visual product, explaining that its purpose was to sound like a drawing of a vagina. She also brought out flowers twice, once to pour petals on her head and another time when she was weeping in time to the song, violently shaking them until flower buds detached from their stems. Both times flowers ended up scattered on the floor, and never did she sweep them up. When she treaded through in circles around the stage, her mic cord created a spiraling pattern, somehow making sense of the otherwise nonsensical.

Without meaning to, Hval ended up addressing our recent election several times. She decided not to show us a video of zombies doing aerobics because it didn’t “feel appropriate,” then she stopped herself to apologize. “Everything I say feels ironic. Maybe it’s just my Norwegian-ness. But I mean all of it,” she reassured. Ironically, though, that statement is ambiguous enough to encompass every context in which she says that she meant. She means it when she mocks the media, she means it when she declares the female body sacred, and she means it when she hopes that her shows can be meaningful way of coming together. Neither she nor Dinner actually ever explicitly declared that we can overcome this wave of bigotry and hate, but they didn’t need to. Dinner lifted our spirits and Jenny inspired us to fight. Organize locally and have your voice heard- this battle is far from over.