Like the glitzy electronica purveyors that they are, Cherub lit up the Fonda Theatre last Friday night and left the walls dripping with their overly-saturated synth creations. Led by enigmatic duo Jordan Kelley and Jason Huber, Cherub pulse in the same vein of music and style as Chromeo, right down to their goofy, R&B/hip-hop romanticisms and affinity for talk-boxes. For Kelley and Huber, their relishing in the limelight was all too obvious as they took the crowd from beginning to end on a adrenaline-pumping run that had the entire building jumping in unison. With every sizzling pop-hook, every hot-bodied croon, we were sunk deep in a pool of effervescent pop extravagance and Cherub was the live wire that was now electrocuting us.

Dishing out song after song from their most recent release Bleed Gold, Piss Excellence, the duo’s extensive use of virulent guitar licks and symphony-sized backing synth productions transforms every song into a body-flailing, leg-shaking hit. Even casual listeners (of which there seemed to be none), who might’ve only arrived because of their love for “Doses and Mimosas,” were jumping and spinning to the riveting spirals of emotion that oozed from songs. But within the somewhat hyperbolic hip-hop inflections, overdone enthusiasm, and dazzling showmanship — Cherub fueled ninety-percent of the energy for their show with their own excitements. Kelley and Huber were absolutely stoked to be playing in front of the Fonda crowd, and that energy crackled and burst as they teased raving fans in the front row with the insanity of more-than-frequent guitar solos and funky shredding. With the entire venue bathed in overblown pinks and yellows, Cherub’s show took on the emotive atmospherics of a fiery disco, a glitzy hive of groovy celebration that was funneled through the duo’s erratic playing.

The mood was impossible to escape–their electricity more than infectious, it ripped through the crowd and sent shivers down the spine as Kelley and Huber remained our lightning rod of emotion. It was even more so impossible to keep your body still, whether it was modest swaying or off-the-rails, drunken craziness — Cherub’s infusion of new wave disco/pop/hip-hop into their body-shocking, sweaty electronica reveled in its ability to get its fans moving.

More Photos of Cherub at the Fonda Theatre Below! 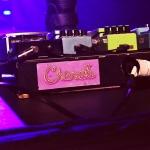 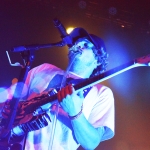 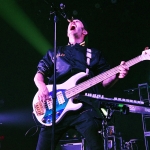 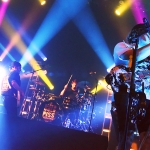 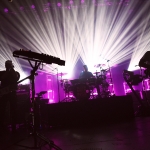 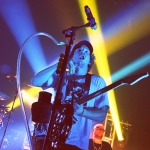 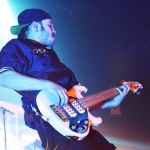 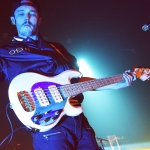 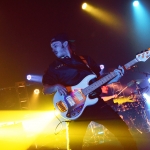 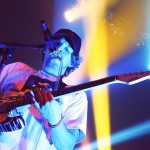