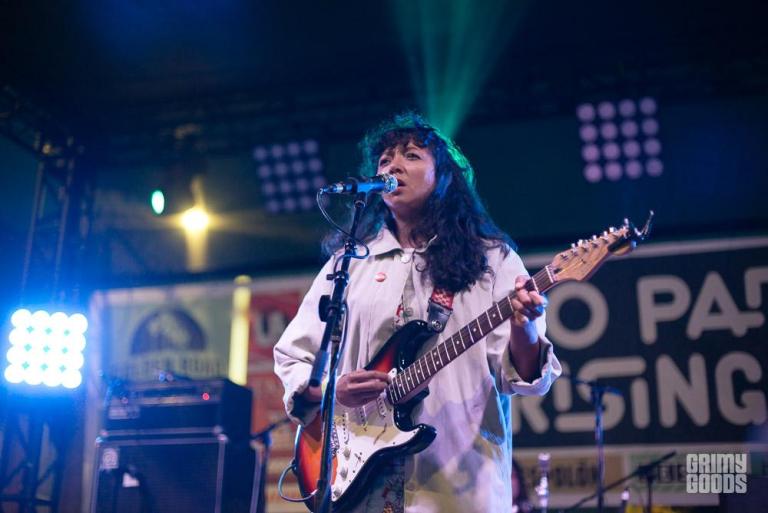 Seattle surf doo-wop quartet La Luz shine bright with their infectious melodies and guitar-driven tunes as heard on their latest releases Damp Face EP and sophomore full-length Weirdo Shrine. The band has also built a reputation for putting on a captivating live show as witnessed at this year’s Echo Park Rising and Southern California fans can expect just that when they take center stage at the El Rey Theatre on Thursday, December 8th. La Luz’s Facebook page reveals that they’ll be unveiling some brand new tunes from their forthcoming album so don’t miss out! Arrive early and ride the bodacious musical wave of supporting acts Feels and The Cairo Gang.

Tickets to La Luz at the El Rey Theatre are $17.50, doors open at 8:00 pm, and the event is All Ages. You can purchase tickets or win a pair of tickets by entering the contest below!

First make sure you’re following Grimy Goods on Twitter here and/or “like” our Facebook page here. Next, email ggcontests@gmail.com with your full name for guest list and a clever reason why you want a pair of tickets to La Luz at the El Rey Theatre. When you’re done with your email, send us a Tweet so we know you entered the contest or you can post on our Facebook wall. We’ll select a winner that has done all of the above mentioned. Winner will be announced via email, Facebook and Twitter on Wednesday, November 30th. Winner will have until 10 am Thursday, December 1st to reply back to our email and confirm their win.

FACEBOOK: Just leave a comment on our wall letting us know you entered our contest for tickets to La Luz at the El Rey Theatre Dec. 8!

The Cairo Gang – “Be What You Are”