Last week at The Roxy, Los Angeles was in for a special pre Thanksgiving treat as Canadian shredders The Pack A.D. came to headline the small Hollywood club in support of their latest album Positive Thinking. While Grimy Goods has covered The Pack A.D. numerous times, this was my first introduction to the garage rock duo. I heard little about these two ladies before attending the show, and let me tell you, I was not disappointed. The immediate rush I got from this act was exhilarating. Their ferocious blend of punk, blues and rock ‘n’ roll  was an awesome assault on the senses. The Pack A.D. — without a doubt — know how to rock and rattle your bones. The words in the music they write are just as powerful, if not more.

The Pack A.D. have retained their honest approach to songwriting and penchant for playing what they describe as “loud, loud, loud” music but this go-around they took some extra time and care to hone and craft their signature indie grunge-rock sound. As drummer Maya Miler explained in a recent Grimy Goods interview, “We recorded this album over a full year an a half and stayed in Vancouver to do it. We actually recorded songs in four different sessions and then culled the album down from over twenty songs. Do Not Engage was made in Detroit and Vancouver in a shorter amount of time. With Positive Thinking we really wanted to allow ourselves to be a little precious about the songs. We made songs that we like playing and didn’t really let anyone else’s opinions play a part.”

More Photos of The Pack A.D. at The Roxy! 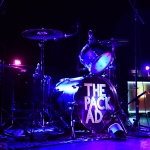 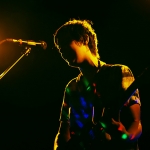 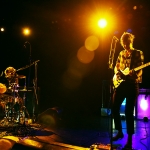 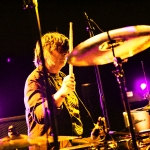 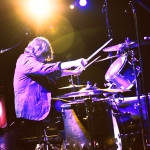 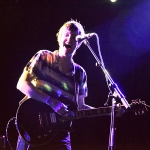 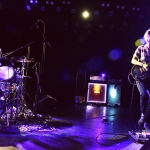 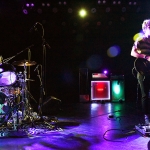 One thought on “The Pack A.D. assault the senses with ‘Positive Thinking’ at The Roxy”