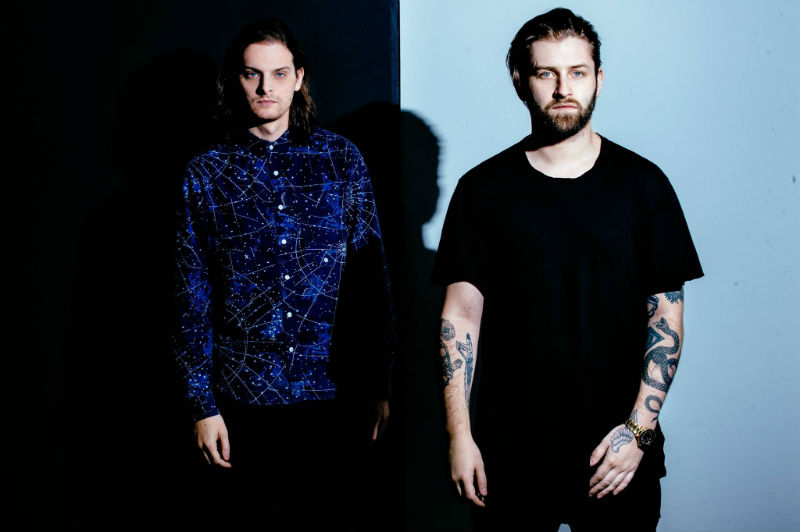 Canadian electronic duo Zeds Dead know how to get the bass boomin’ and the bodies movin’! What better way to kick off the weekend that to dance the night away to impeccable tunes such as “Stardust” feat. Twin Shadow and “Two Young” feat. Rivers Cuomo and Pusha T, off their fresh debut album Northern Lights. Be sure to catch Zeds Dead live when they take over The Shrine Expo Hall on Friday, December 9th. TGIF! Supporting acts Keys N Crates, Drezo and Pusher keep the music thumping all night long.

Tickets for Zeds Dead at The Shrine Expo Hall are priced at $28.50-38.50, show starts at 9:00 pm, and the event is 18-And-Over. You can purchase tickets or try and win a pair of tickets by entering the contest below!

First make sure you’re following Grimy Goods on Twitter here and/or “like” our Facebook page here. Next, email ggcontests@gmail.com with your full name for guest list and a clever reason why you want a pair of tickets to Zeds Dead at The Shrine Expo Hall. When you’re done with your email, send us a Tweet so we know you entered the contest or you can post on our Facebook wall. We’ll select a winner that has done all of the above mentioned. Winners will be announced via email, Facebook and Twitter on Wednesday, December 7th. Winners will have until 10 am Thursday, December 8th to reply back to our email and confirm their win.

FACE BOOK: Just leave a comment on our wall letting us know you entered our contest for tickets to Zeds Dead at The Shrine Expo Hall on Dec. 9!

Keys N Crates – “Nothing But Space”