Ever since their debut way back in the spring of 2005, Cold War Kids have become something of local legends in Los Angeles’ throbbing indie-rock scene, as they’ve maintained an ever-growing following that has only exploded since the breakout release of Hold My Home this year. Firmly rooted in quintessential Americana that melds rock and blues indiscriminately, the quintet boasts a breathless live show that leaves your vocal chords hoarse and your soul raw. So their inclusion in the ALTimate Xmas concert series this month was more than just a treat, and the quintet did not disappoint.

Rockabilly handlers The Shelters opened up the night with a heated performance of flaming rock bombast, melting faces and hearts alike. Dual-wielding their guitar heavy sound and virulent riff overdrive, the band sufficiently prepped the crowd for Cold War Kids by igniting the El Rey with their explosive anthems.

Always the type to wear his heart on his sleeve, lead vocalist and fire-bellied crooner, Nathan Willet cuts deep with every punctuated tambourine shake and sizzling guitar riff. A Cold War Kids show is a rollercoaster of emotion in which Willet is at the controls; one minute he’s biting down hard on the bitter aches of heartbreak and dulling pain of alcoholism, the next he’s pounding forth in defiance to the dazzling piano twinkling in “Miracle Mile.”

Even their sound is raw; backing vocals by keyboardist Matthew Schwartz and guitarist David Quon crack and split gorgeously in explosive drillings of “Drive Desperate,” while the delirious conglomerate of chaotic noise that it is “We Used To Vacation” remains one of the most fun and rushingly cathartic pieces to sing along to. Dripping with the hazy blues and dreariness that just rolls off of Willet’s soothing drawl, the crowd howled back to him in a knowing fashion every word: “It sounds so soothing to mix a gin/And sink into oblivion.” Keeping time with their more off-kilter, but just as soulful inflections like “All This Could Be Yours” and “Audience,” Willet introduced two new songs that played on the band’s DIY, improvised sound–and the new tunes were infused to the brim with that fierce tenderness Cold War Kids so brilliantly effuses.

The journey through “Hospital Beds” was a treat that never gets old, in fact anytime Willet jumps on the piano it’s a real goose-bump inducing moment, and that trotting percussion tumble that dances alongside his soft intonation (“Put out the fire boys, don’t stop, don’t stop”) is enough to force your heart from out your throat.

As always, the band’s onstage antics are a perfect reflection of their spirit; bassist Matt Maust is forever the focal point of the show next to Willet, wandering the stage affectionately grabbing his bandmate’s by the shoulder and head (oftentimes having his own palmed by Willet), brandishing his bass against Quon’s guitar like two bulls charging one another, and reaching out on his knees to grab the hands (and yes, heads) of fans in the crowd.

The stage is in a constant stage of motion, with Willet jumping from swinging his tambourine to the piano bench, then back-up swaying on his microphone stand, only to have Schwartz run forward to take his place on keyboards–and all the while Maust and Quon are rushing one another with their guitars, the entire stage their arena. Explosive doesn’t even do them justice; Cold War Kids are kinetic energy in raw form, they’re a Grand Canyon’s worth of unfiltered passion being released through the floodgates. Every minute is a sensory overload of neon lights that illuminate their glowing silhouettes and translate their feverish, bluesy rock into bellowing anthems that you don’t just lose yourself to–you find something as well.

More Photos of The Cold War Kids and The Shelters! 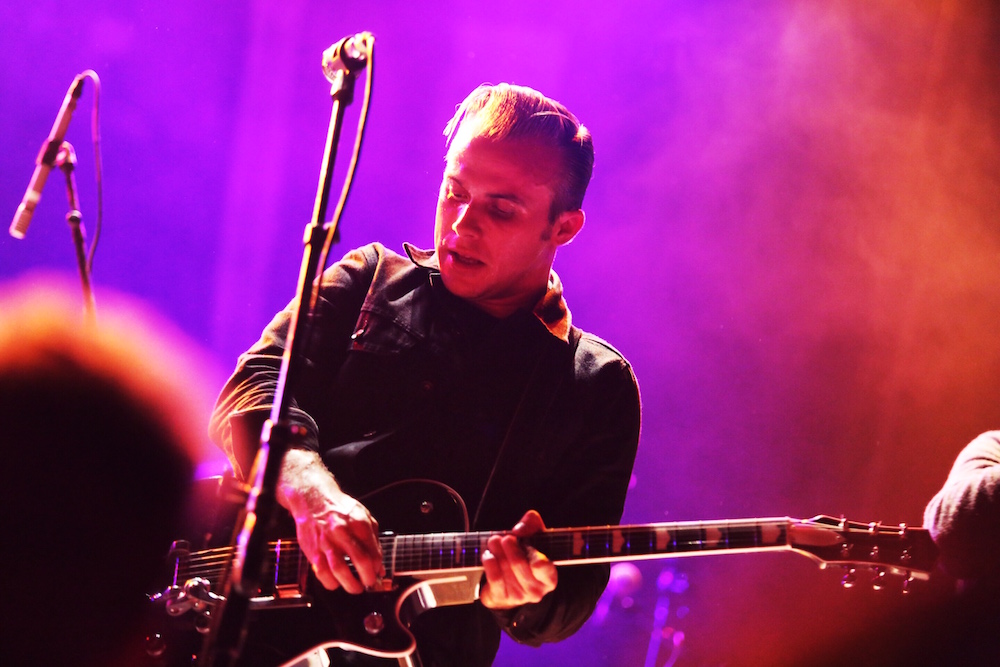 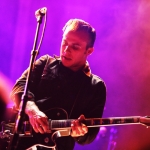 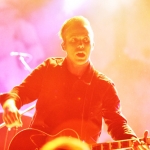 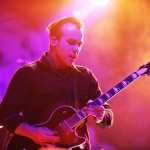 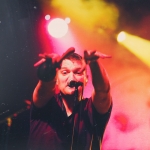 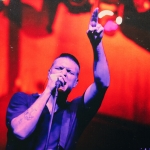 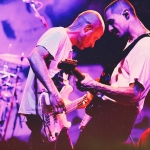 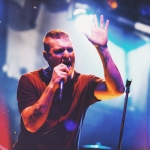 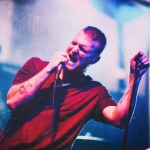 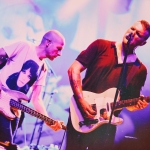 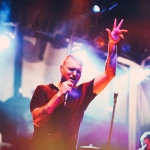 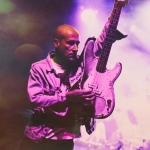 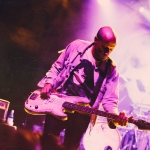 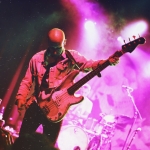 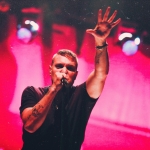 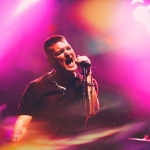 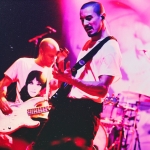