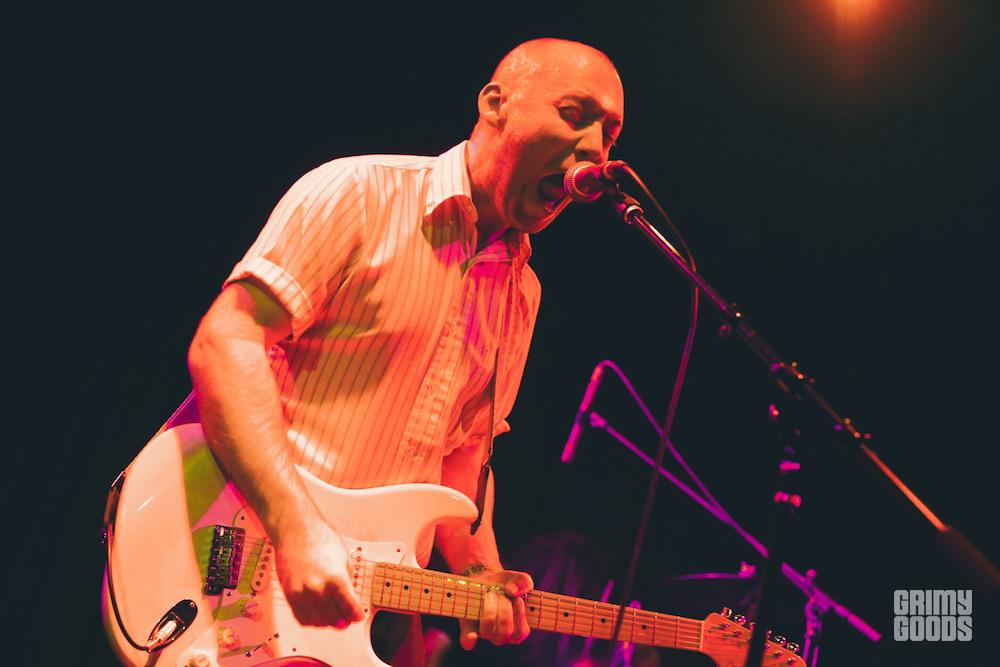 The Bootleg Theater has earned a reputation for booking the best band’s you’ve never heard of, consistently debuting opening acts that oftentimes steal the show altogether or force you to leave anxiously with the tune of your new favorite song for the week ringing in your head. But this is only one of the many reasons that the Bootleg is a standout among the many Los Angeles venues, another is the fact that on any given night your bartender could be none other than the throaty-crooner who lends her namesake and vocal talents to the band Kera and the Lesbians. You might’ve seen Kera and her ragtag crew opening up for Borns last year, or even at their regular appearances at the Bootleg, including for the annual GIRLSCHOOL event at the Bootleg (of which they are again performing at this year)–and if you haven’t, you’re really missing out.

It’d be disingenuous to say Kera and the Lesbians are just wild performers, because while they do employ more than a few ounces worth of reckless abandon into their stage antics, there is also an ever-constant clash of intimate vulnerability and voracious passion that swirls with them when they’re playing. As the band’s frontwoman, Kera is the focal conductor for all this energy, espousing it in ways that mystify the crowd in terms of how they’re supposed to react. Her howls can be dually unnerving and soul-wrestling, darting out facial contortions at the crowd as if her body is being forced to express through every available option the emotions she’s emitting. Erratic in every sensibility, Kera is at one moment murmuring in front of the microphone at a standstill, frozen as she serenades the crowd–the next, she might be on her knees, her hands quaking madly against her guitar, or she might be spinning fiendishly onstage, making faces at the crowd or her bandmates to keep them on edge. 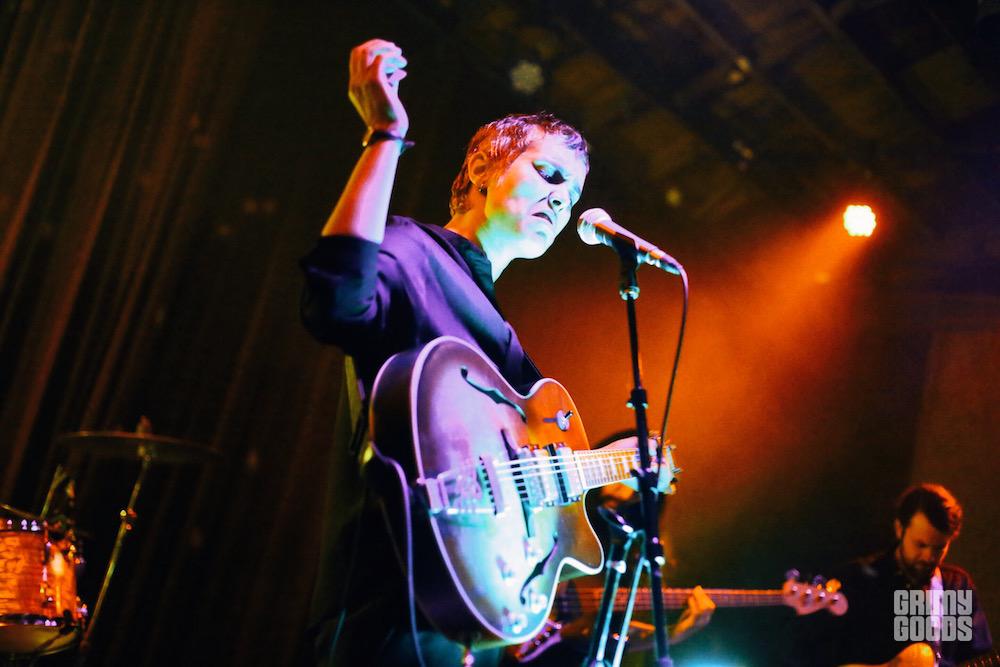 Kera and the Lesbians at the Bootleg Theater — Photo: Steven Ward

Self-described as bipolar folk artists, Kera and the Lesbians keep you on your toes with their shape-shifting sound as well. A blend of all the genres that many of the local DIY bands have adopted over the years, Kera and company have bizarrely combined elements of psych-folk and garage-rock to piece together a makeshift sound that is at once unpolished and all the better for it. Kera was made to stomp and screech her way through venues like the Bootleg, and alongside her bandmate and drummer Michael (who at times can be seen and heard exercising his demons with the furious pummeling he gives his drums) she does just that. But the tangible insanity is only part of their appeal, as for all their breakneck gunning for violently cathartic release, Kera has no trouble striking a nerve of unexplored rapport with the crowd. Debuting a new song for her fans, Kera broke the tempo for the night and entered into a quietly lilting acoustic tune, one that trembled with such torn emotions that it hushed the crowd into a bemused stupor–when she began to choke out her crooning through sobs, tears glistening in her eyes, it was impossible to wall off the empathy any longer, and you found yourself engaging through your silence and her poignant ventilation of misery. For a moment the Bootleg was filled with the sole sound of Kera’s beautiful heart-strangling vocals shuddering against the waves of her tempestuous feelings; the entire affair was bordering on spiritual, the connections between Kera and her crowd solidified in it, and then it was over.

It was hard to remember that there was still a performer afterwards, but the long awaited indie-rock darlings American Wrestlers were making their long awaited return to a Californian stage and that was reason enough for elation. Another DIY band that only exists because of frontman Gary McClure’s reluctancy to stop making music, the entirety of the band’s self-titled debut was recorded in the home he shared with his wife and fellow bandmate Bridgette Imperial–and while that first album was rooted in an emotive lo-fi sound, live, American Wrestlers is a typhoon of rock bombast.

Pulling from their sophomore release Goodbye Terrible Youth, McClure rages in competition with the sonics of the rest of the band, shouting through the fuzzy guitar walls that crop up on songs like “Give Up,” or the shimmering keyboard magic Imperial conjures up on “Vote Thatcher.” Hailing back to 2014, the off-kilter, blurry rumblings of “I Can Do No Wrong” remain a delirious stamp of uniqueness that American Wrestlers have imprinted upon the indie-rock scene, and live McClure’s dreamy cries mix and mingle with the song’s fleeting acoustic plucks and its bubbling noisiness. 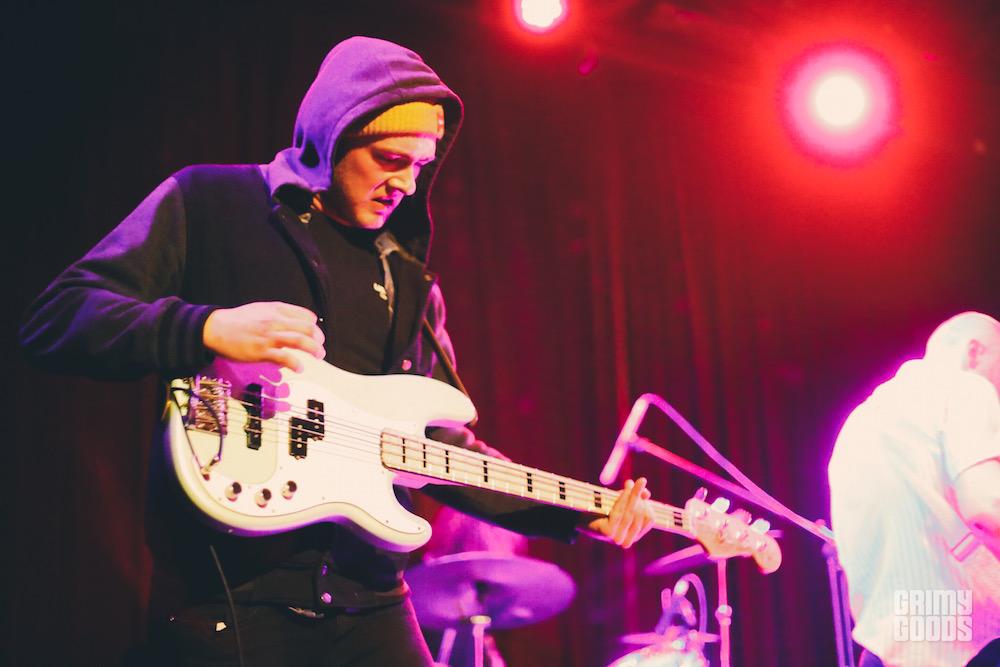 While distinctly less animated than their openers, American Wrestlers prefer to let their words do the talking, allowing the crowd to lose themselves in the linear tales and creative songwriting of McClure’s design, or in the virulent riffs he breaks into in the middle of songs like “Terrible Youth.” With his sleek vocals, which carry no small burden of knowing melancholy, McClure is the image of perseverance that roars through the band’s defiant memoirs and throughout the night he invigorated this burning anxiousness within the crowd. Broken but uplifting, despondent but just as reluctant to let go of hope, American Wrestlers embody the indie-rock of the early 2000s that simultaneously acknowledged your bitter fears and existentialism, and then gave you a reason to keep fighting. In this day and age, there isn’t a more fitting soundtrack. 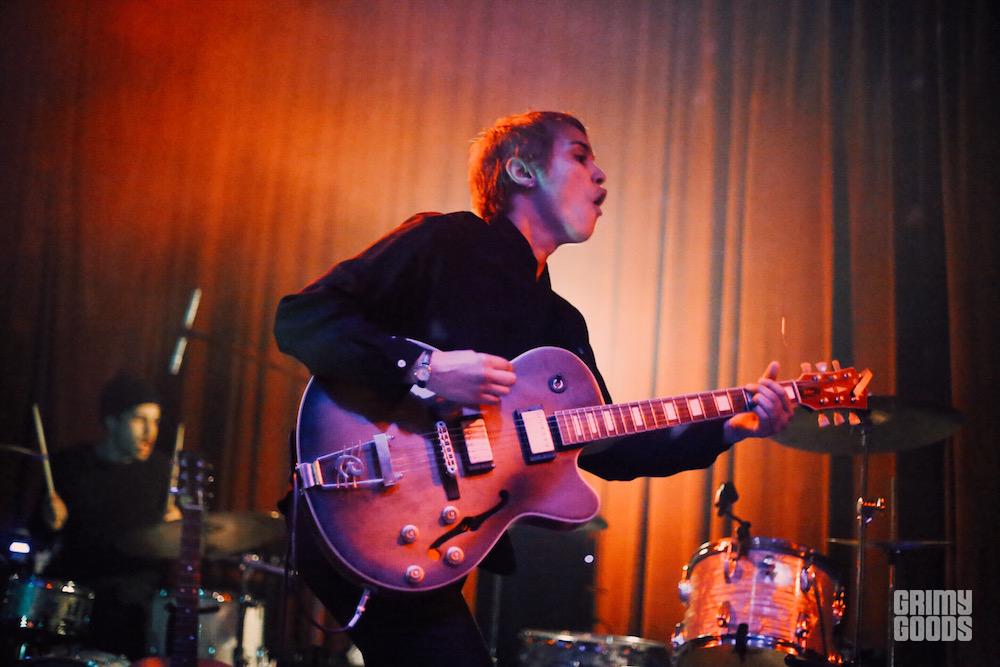 Kera and the Lesbians at the Bootleg Theater — Photo: Steven Ward 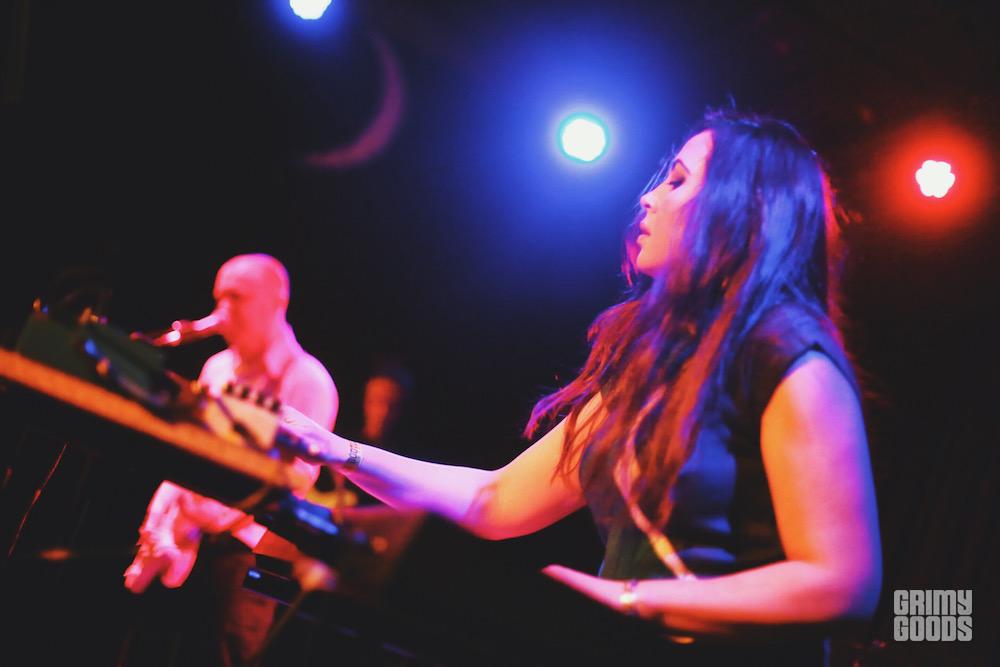 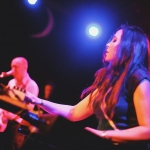 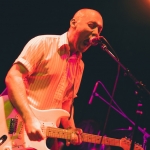 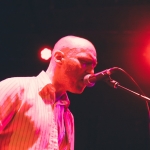 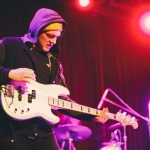 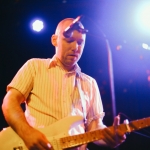 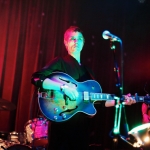 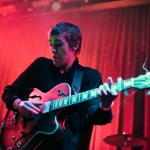 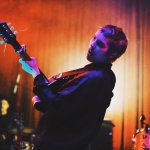 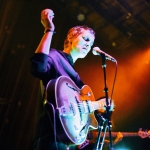 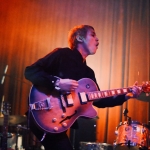 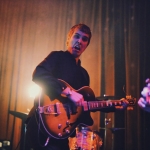 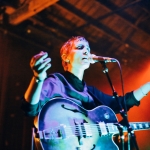