Tuesday night served for a lovely night of music at the very intimate Masonic Lodge at Hollywood Forever Cemetery. Guests filled in the dimly lit concert hall to enjoy the musical stylings of British sister act trio, The Staves.

Starting the night off was 24-year-old vocalist and harpist, Mikaela Davis. From Rochester, New York. This visually proper yet vocally quirky woman immediately stunned the crowd with her talent. Having studied the harp since third grade and playing in the Rochester Philharmonic Youth Orchestra for years, you could thus imagine her mastery. I shared wide eyes with the rest of the audience as she filled the room with sharp and swoon-worthy technique.

Without further ado, lights out and Don Henleys, “The Boys Of Summer” turned up to get the crowd dancing, The Staves made way to the stage.

Hailing from Watford, England, these young ladies are making quite the welcome in the States and proud to be performing for their first time in a graveyard. Growing up and originally ambitious to create a television comedy together, the girls eventually recognized their shared gift of music that truly took over their lives. And my are they talented!

Upon release of their debut record Dead & Born & Grown in 2012, the Staves spent some time touring and opening with a few of our favorite new wave so-called folk acts such as The Civil Wars, Mumford and Sons, as well as Bon Iver.

Gaining much attention from the music industry, Justin Vernon, better known as Bon Iver actually jumped on board with the girls, becoming quite the brother figure and followed to produce their second album (If I Was) in his own studio, under Nonesuch Records.

So here we have Emily, Jessica, and Camilla on vocals, guitar, and ukulele. All three in their mid-twenties, early thirties, completely captivated this Los Angeles audience by storm. Appearing with such a soulful-folk essence, however claiming to know nothing at all about folk, The Staves perform in nearly perfect harmony, much to the likings of our fellow sister act trio, Joseph. However, unique to The Staves is their various octaves vocal loopings. The seemingly effortless arrangements are comprised with stunningly smooth vocals and synthesized textures, making an all together incredible sound.

Whole-heartedly, the Staves had the audience in awe and made this birthday girl a happy camper. If you haven’t been to the Masonic Lodge before, you better get on down. The acoustics inside there are crazy. What better way to spend my birthday?.. other than wishing The Staves could share some of their genes.

More Photos of The Staves and Mikaela Davis at Masonic Lodge 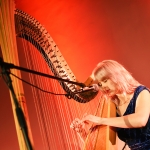 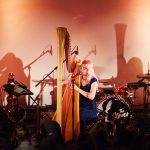 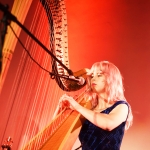 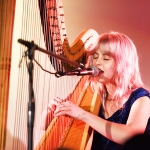 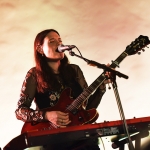 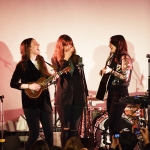 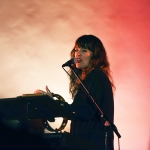 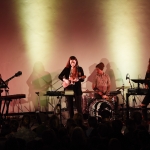 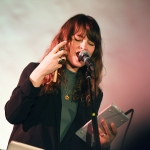 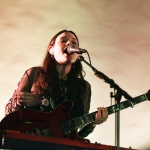 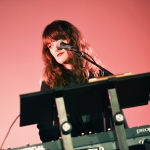 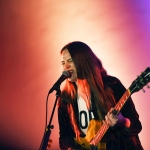 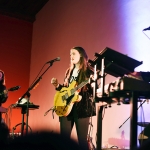 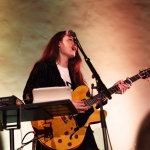 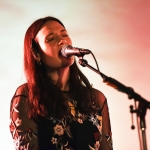 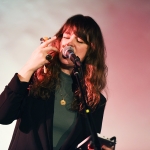 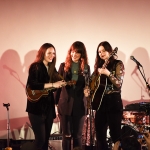 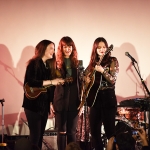 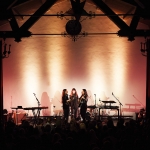