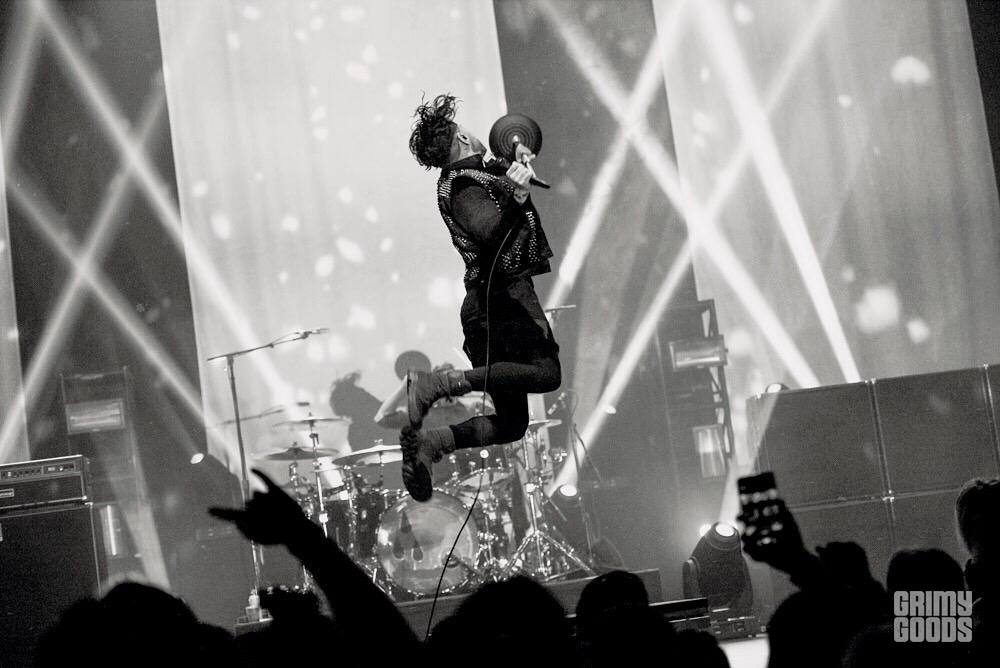 A Fire Inside aka. AFI ended their tour right here in Los Angeles last Friday and Saturday night. Catching the Friday performance was one for the books. People flooded into the Wiltern with much excitement to see The Blood Tour at its finest. AFI just released their tenth, self-titled, album.

This band has stayed true to their rock/hardcore roots and carried through the years with such an intensity behind their music that really resonates with each fan, especially live. With lights dimmed, smoke filling the stage and a blood shade of red backlit, fans started stirring. Common to any AFI show, fans began chanting in unison “Through our bleeding, we are one” — a line from the track “Strength Through Wounding” off their 1999 record Black Sails in the Sunset. You could just see the emotions in each person’s eyes as they stared waiting for the show to begin. First on stage was drummer, Adam Carson, kicking off with some steady drum lines. Next we had Hunter Burgan on bass and Jade Puget on guitar make their way and begin warming up their sounds. One loud drum line later and lead vocalist, Davey Havok walked his way to center stage. 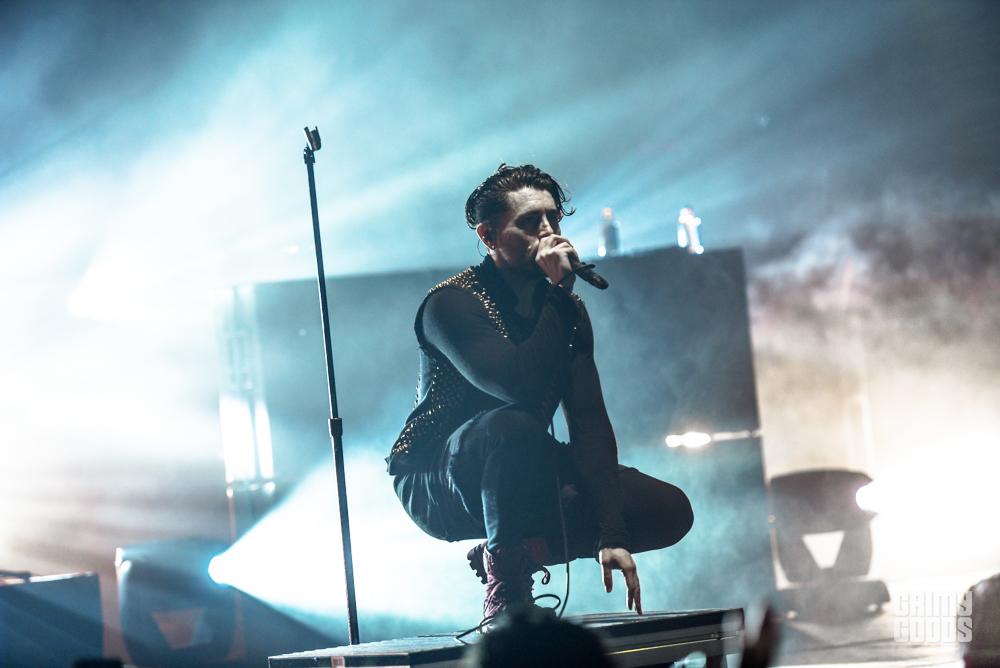 Satisfying the previous chanting, the guys opened up with the track “Strength Through Wounding” off Black Sails, and instantly caught the emo feels in the theatre, resulting in a giant explosion of energy.

One truly rad thing that’s stayed consistent throughout this tour is the inconsistent setlist! Unlike most touring acts, AFI switched up the setlist dramatically with favorites from their ten-record discography at each show. While the rest of the band executed a polished performance that greatly reflected their 20+ years as a band, frontman Davey’s god-like presence made way to the worshippers at his feet. It is truly remarkable the participation and force he almost demands from his crowd. Maybe four or five songs in, he figured he’d forget the stage and hop right down into the front barricade, making his way to the center of the Wiltern to be right in the crowd. It was unbelievable! Fans roared while he sang/exclaimed directly into their faces, and finally settling on top of the crowd themselves right in center house.

Talk about willing the audience. Security were on their feet the entire night, waiting to see what commotion AFI would stir up. Let’s face it. These guys continue to do it and do it well. 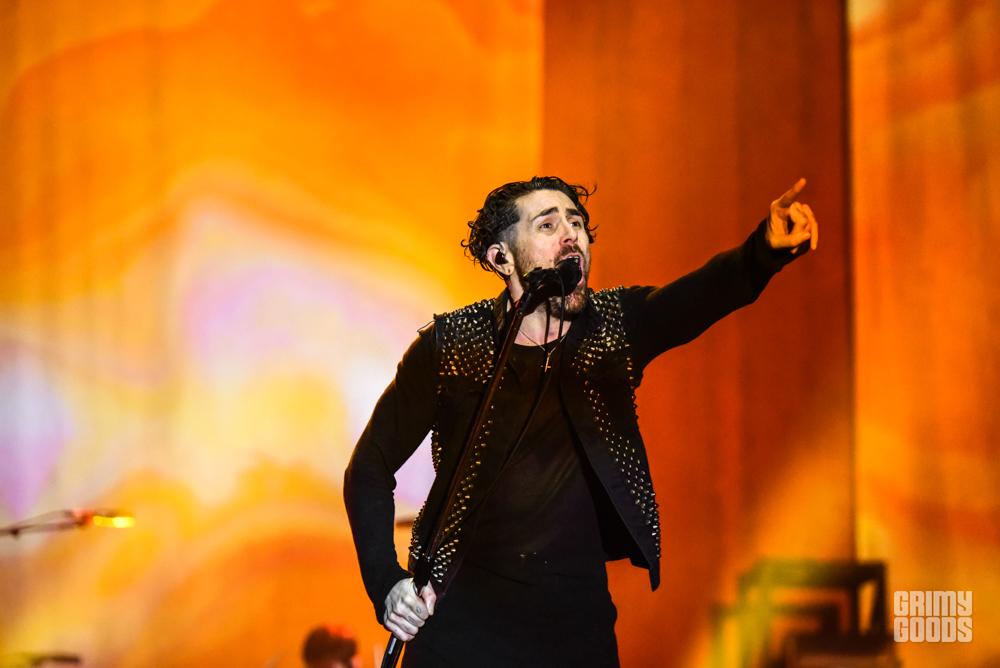 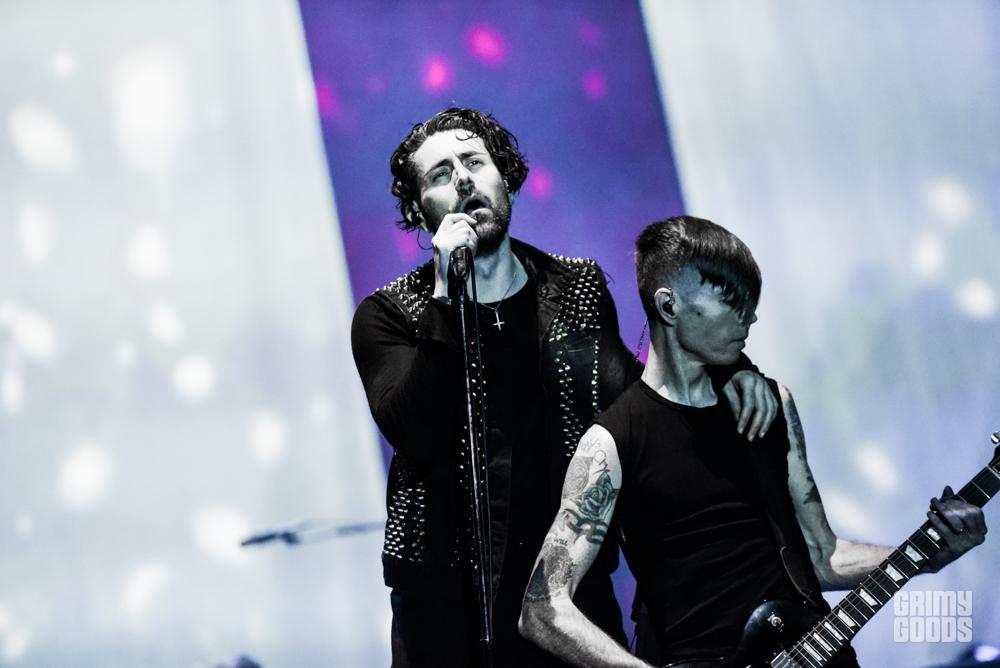 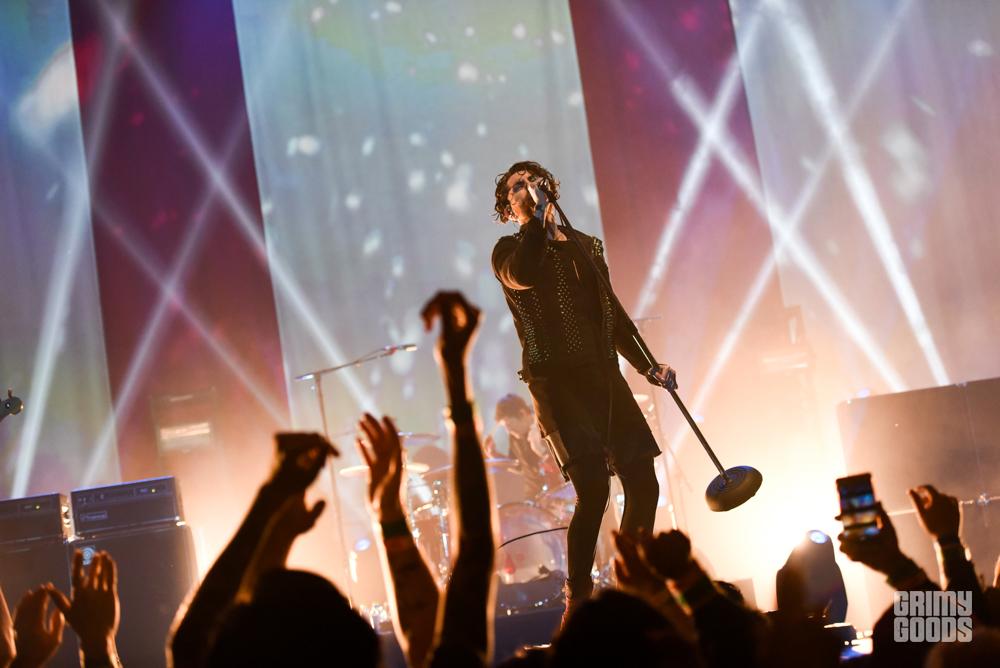 More Photos of AFI at the Wiltern 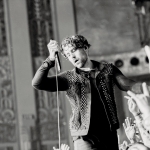 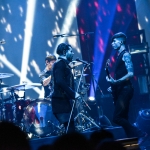 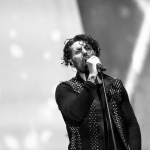 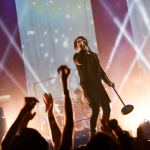 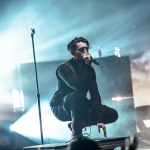 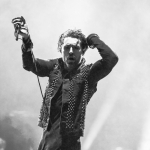 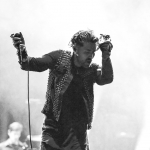 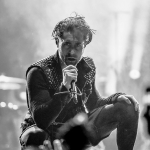 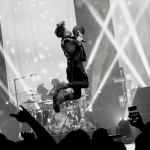 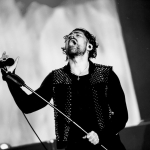 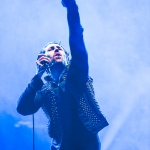 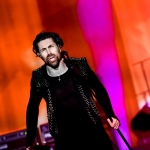 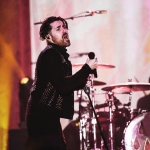 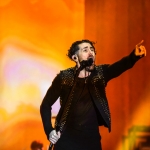 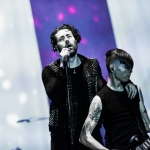