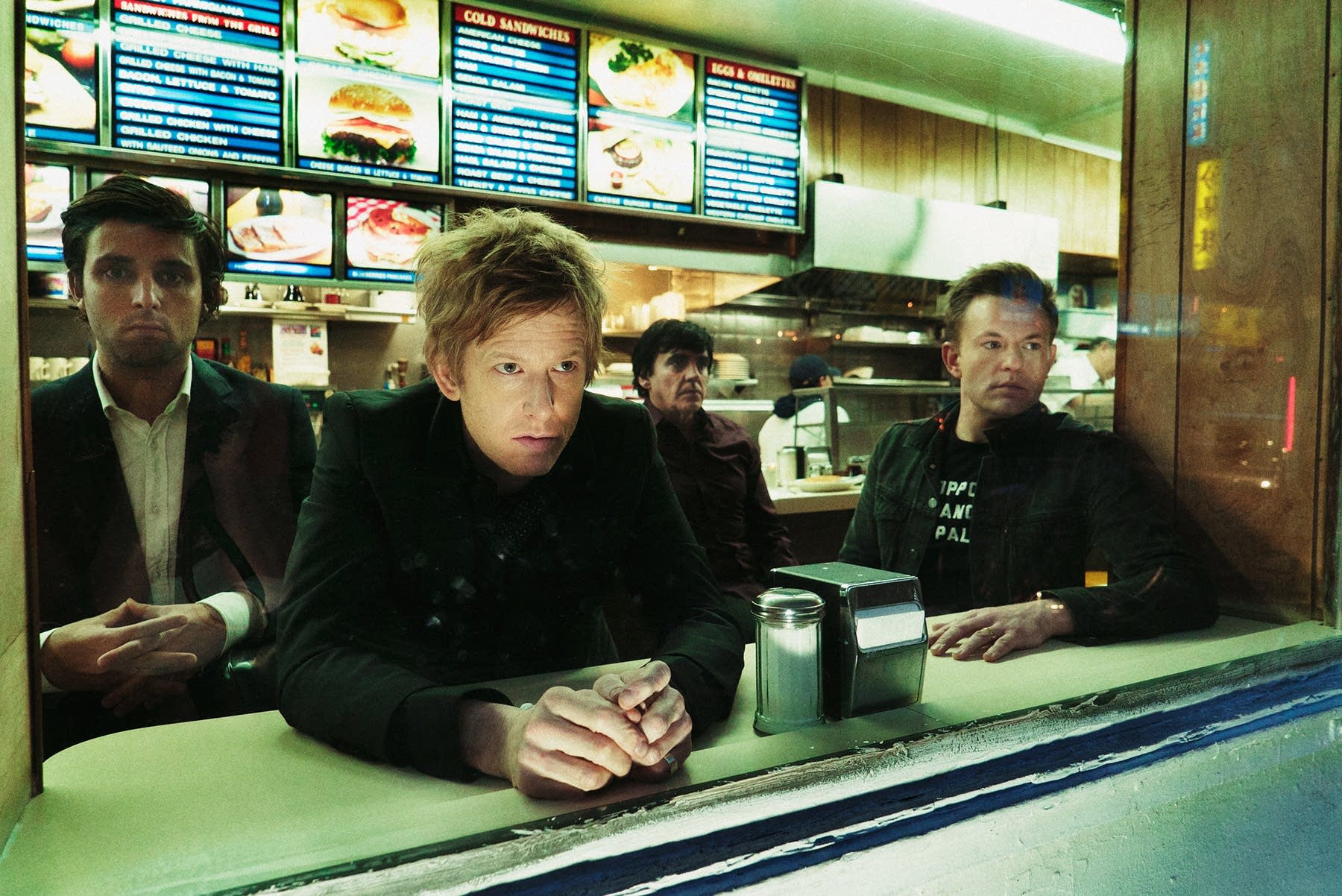 How many artists start shaking things up eight albums into an already fruitful career? Austin indie rockers Spoon have always been on the experimental side – their deconstructed garage rock has given birth to underground classics (“The Way We Get By,, “Jonathon Fisk”) as well as bona fide hits (“I Turn My Camera On,” “The Underdog”). But 2014’s excellent They Want My Soul had the added touch of superproducer Dave Fridmann (The Flaming Lips, Tame Impala, Sleater-Kinney, etc.), who coated the band’s sound with synths, samples, and all other kinds of psychedelic goodies. He’s rejoined Spoon for their ninth record, Hot Thoughts, and his influence is even more pronounced here – their bar-band grittiness is never lost, but it’s by far their strangest and funniest record.

The one-two punch of title track “Hot Thoughts” and “Whisperi’lllistentohearit” are Spoon’s most danceable to date, singer-guitarist Britt Daniel sashaying his way around Jim Eno’s stuttering disco beats while synths drip around them like melted candy. It’s only halfway through the latter that Eno joins up with bassist Rob Pope to drive the song into clattering post-punk, synths still whirring while percussion darts in and out to disorienting effect.

“Do I Have To Talk You Into It” is closer to classic Spoon, a rough-around-the-edges piano rocker with one of Daniel’s most pleading seductions, but guitarist/keyboardist Alex Fischel keeps it weird with glimmering harpsichord and buzzing synth stabs. They play similar foils on “Can I Sit Next To You,” which feels like a glitzy update of Kill the Moonlight’s minimal seductiveness, Daniel pleading with his love interest to “get the stars out your eyes, come and bring them to me!”

While there’s a lot here to please fans of Spoon’s signature garage-soul, the band dedicates a good amount of time to exploring the corners of their relationship with Fridmann. Closing track “Us” is possibly the weirdest track Spoon have ever put out – an ambient(-ish) instrumental stuffed with marimbas, saxophones, and even some U2-esque delay guitar, all stopping and starting without warning like a drunken conversation between friends. But “I Ain’t The One” is where they best utilize Fridmann’s kaleidoscopic view, Suicide-referencing keyboards and abrasive background noise creating a pervasively gloomy atmosphere. Britt Daniel is at his most morose here, denying the outside world completely: “When the morning’s rising and looking at me… when the night comes knocking and knocking on me… I say, ‘I ain’t the one.’” But the track’s echoing drum samples and gorgeous vocal harmonies paint a surprisingly arena-ready picture, subverting Daniel’s apathy by presenting the band at their most tight-knit.

Though it’s their first record since Kill the Moonlight without multi-instrumentalist Eric Harvey, Hot Thoughts shows Spoon at their most maximal, both concept and arrangement-wise. As a whole, it takes on more styles than a single Spoon record has covered, and each track is loaded with instruments that compete for space, but never quite drown each other out. It’s a formidable feat from a band that have little to prove at this point, but still seem set on defying expectations. With a hefty touring schedule approaching – including a pair of arena dates with Belle & Sebastian – and Hot Thoughts’ title track sitting on top of Billboard’s “Adult Alternative” chart, Spoon are poised to be unavoidable for yet another summer.

Spoon’s new album Hot Thoughts is out now via Matador Records. Grab the album here. The band have a Los Angeles date scheduled for August 6 at the Hollywood Bowl with Belle & Sebastian. Tickets are available here. More Spoon tour dates can be found below.