Allan Rayman at the Troubadour shot by Danielle Gornbein

With a croon that is as unique as Alt-J’s hoarse howler Joe Newman, the shadowy music of Allan Rayman is as much a reflection of his own low-profile emergence less than two years ago. Caught somewhere between the soulful inflections of R&B and hip-hop, wrapped-up ruggedly into a dark folk storytelling of his alter ego Mr. Roadhouse, anyone who’s seen Rayman live can attest that his carefully measured theatrics are not just confined to his studio albums. Taking some of the more played out and trite fascinations in music right now, Rayman might draw comparisons to The Weeknd, but he subverts the hyperbolic sexuality in favor of a more poignant approach. For Rayman, less is so, so much more.

For Rayman there was no such thing as a more suiting venue for his midnight confessionals than the Troubadour stage, which shrouded him in an almost impenetrable darkness, even though fans were so close they could virtually reach out and touch him. But Rayman doesn’t even overplay the mystery that surrounds him and live his music is the barometer through which the atmosphere is measured–flicking back and forth between vulnerable sensuality and aching melancholy. Hidden in the dark his hoarse, ragged singing is the only tangible thing about Rayman, transmitting itself over recorded instrumentals that twinkle and rumble like a noir movie soundtrack behind his doomed narratives. Here the vast range of his soundscapes hinges upon just a few instruments; from the inclusion of a burnt, bluesy guitar riff, the muffled echo of trumpets, a choice piano medley, or even something as deceptively simple as the hazy stroll of snares on “Lucy The Tease.”

Allan Rayman at the Troubadour shot by Danielle Gornbein

But Rayman is always in control of the mood of his music and temperaments of his audience, completely altering the tone of a song or melody with his harsh inflections. Whether he’s cool and tame, dipping into the percussive minimalism of “Tennessee,” or dragging his grating but gorgeous vocals alongside the faint glow of electric guitars in an almost eerie lo-fi homage to “Billie Jean” in “Head Over Heels.” Rayman captivated fans instantly, not just with his enigmatic ways but entirely with his voice as it reverberated gently around the Troubadour, turning everything from his most throaty howls and softest murmurs into whispers into your ear. No matter the space he is forced to occupy, Rayman’s presence makes that physical space smaller while the two or three sounds coming from the stage become infinitely larger–it’s voraciously consuming, way more so than any artist who is so minimalist should be. But Rayman squeezes from every wail and instrumental a feverish pulp of passion that is exhaustive in its intensely cathartic nature.

More Photos of Allan Rayman at The Troubadour! 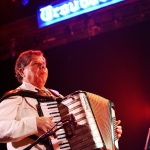 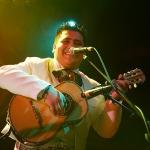 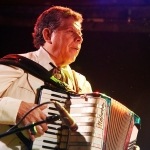 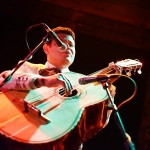 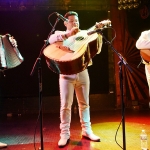 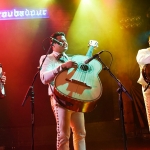 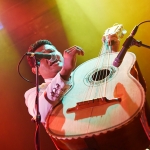 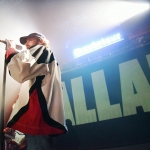 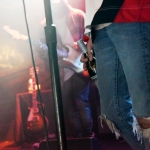 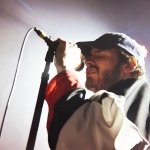 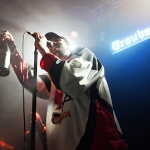 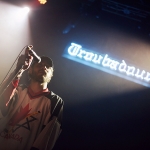 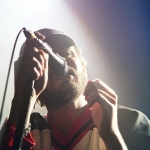 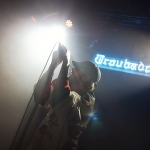 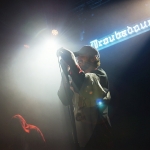 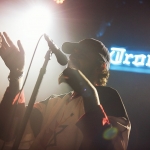 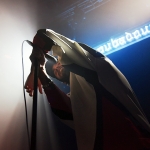 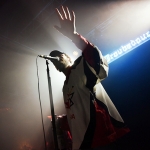